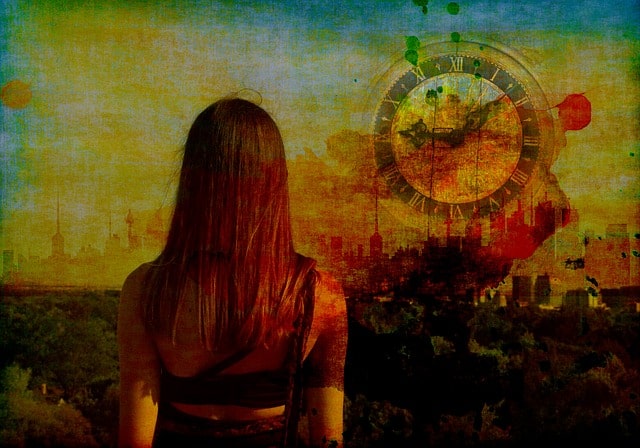 Six years ago this summer, I upended my life and moved halfway across the world from New York to Israel after my French husband announced he couldn’t spend one more year in America. Our son, eighteen, had enlisted in the Israel Defense Forces, and neither one of us could imagine sending him off alone, to a country where parents revere and pamper their teenaged soldiers. We never consulted our girls, twelve and fourteen, who cried and complained and came because they had no choice.

My yes included a ten-year clause: from the start of first child’s army service to the end of last child’s service, from my mid-forties to my mid-fifties. Philippe, desperate to return to the country where we’d met and married, accepted my conditions.

After we settled into our house in Raanana in the center of the country, I told anyone who asked that I didn’t intend to stay in Israel if even one of my children left, especially for my birthplace. If I couldn’t carve out a professional niche for myself. If I felt scared of the never-ending cycle of violence. If I couldn’t handle the distance between my aging parents and me. If I reached a stage when the “ifs” keep me up at night.

Lately, every possible “if,” along with its hyphenated, hypothetical partner “what-if,” visits my reveries on a regular basis. I wake up unrested, my eyes sinking further into their sockets, my dark circles turning darker still. “You look tired,” my friends often say. I nod. I know.

Kids growing up and leaving home can be hard; midlife, harder; and hormones playing pinball wizard, perhaps hardest. When I turned fifty, I still appreciated my husband, who enjoys plucking lemons from our tree to bake rich, buttery, French tarts and who knows how to wake up my waning libido. But less than twelve months later, I no longer tolerate the hot-topic buttons in our marriage—where to live and how much Judaism to observe—and I fantasize not about another man but about another place, trying to pinpoint when the balance shifted, exactly who or what the culprit is.

Was it when Philippe lugged IKEA desks and ergonomic office chairs into our house because his company’s lease had expired and it no longer made sense to rent space if he could work from home, where I worked? When I saw the bedroom transform into an office, I attacked, begging for discussion, mutual decision-making, better communication. Or was it when he pulled his naked, aroused body off mine, telling me after a fourteen-day separation due to travel abroad that we couldn’t make love because he was observing Tisha B’Av, a solemn day commemorating the destruction of both the First Temple by the Babylonians and the Second Temple by the Romans in Jerusalem? Screw those temples!

One night, late summer, on the eve of our twenty-sixth wedding anniversary, I nodded off. In a state of semi-consciousness, I experienced a fluid space between vision and dream in which the images were Kodak-clear. Suddenly, I saw myself no longer here, in Israel, but there, back home, living two miles from my parents in a quaint, three-bedroom bungalow near College Avenue in the East Bay, working as an event planner at Book Passage across the Richmond Bridge. I took it as a sign. I believe in signs. I believe in individual enlightenment.

I no longer know what came first: me referring to my vision at the dinner table or my offspring expressing their needs, pondering futures, making plans.

My ten-year sentence has been reduced to seven. I have eighteen months left to serve. My time here is almost up.

I observe the man I met in the hills outside of Jerusalem. At twenty-three, I was in limbo between a job in Paris and graduate school in New York. At twenty-three, Philippe was solid, certain, committed to our shared religion and to his adopted new homeland, where he was looking for an engineering job. Then, his biceps were sculpted, his belly, firm. The wavy, chestnut hair on his head shimmered under our apartment’s fluorescent lights. Now, I study his face, his torso, his legs, searching for that young man who flirted with me in flawed English, rudimentary Hebrew, and sexy French. All I see are his weary brown eyes, double chin, and balding scalp, always bearing a colorful, knitted yarmulke. When the head covering falls too far forward, I cringe, picturing a dunce cap.

During packing preparations in New York, each child had crammed one oversized plastic bin from the Container Store with A+ book reports, birthday and Valentine’s and bar-bat mitzvah cards, certificates from gymnastic class and swim team and debate club. Philippe and I executed the more difficult decisions: sell K’nex, save Polly Pocket; donate Thomas the Tank, ferry Legos; toss rusty scooters, keep American Girl dolls. We gave away most books except for classics like Goodnight Moon and Guess How Much I Love You.

When it comes time for me to leave Raanana, I’ll sift through my belongings and bring only that which I can’t live without: one grandmother’s melamine purse collection and another’s floral, gold-rimmed teapot. My bin of old photo albums and letters from ex-boyfriends, parents, college, camp, youth group, school friends will most likely stay behind in our basement storage room, which doubles as bomb shelter.

But leaving possessions and leaving people cannot be compared. I never pined for the crystal vases we received as wedding presents and lost during subsequent moves as I have for the women who dropped off pesto pasta and peanut M&Ms after I gave birth first in Israel, later in California.

Now, contemplating saying goodbye to the man I chose as mate, I finally grasp a Buddhist concept I learned in college and revisited during my yoga teacher training. Non-attachment isn’t about being deprived of the good but of being free from the burden. It’s not about letting go but of holding on, believing that nothing can take away that which you’ve loved.

Whenever and wherever I go on my own, I’ll strive to carry with me only the tender memories of a family of five: my family. My family who has lived here and there, who has learned this language and that, who has adapted to one culture and another, and I’ll let go of the crushing compromises whose weight simply became too much to bear so that I’ll be open and able to love again. 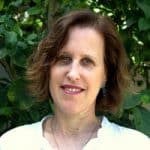 American born, French by marriage, Israeli by choice, Jennifer Lang writes mostly about her divided self. Her essays have appeared in Under the Sun, Assay, Ascent, The Coachella Review, Hippocampus Magazine, and Full Grown People. Honors include Pushcart Prize and Best American Essays nominations and finalist in 2017 Crab Orchard Review’s Literary Nonfiction Contest. Find Jennifer online at https://israelwritersalon.com and follow her @JenLangWrites as she writes her first memoir. 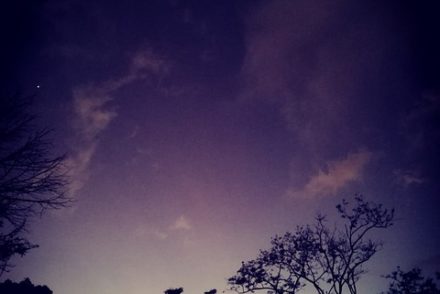