The Christmas Tree That Saved My Parents’ Marriage 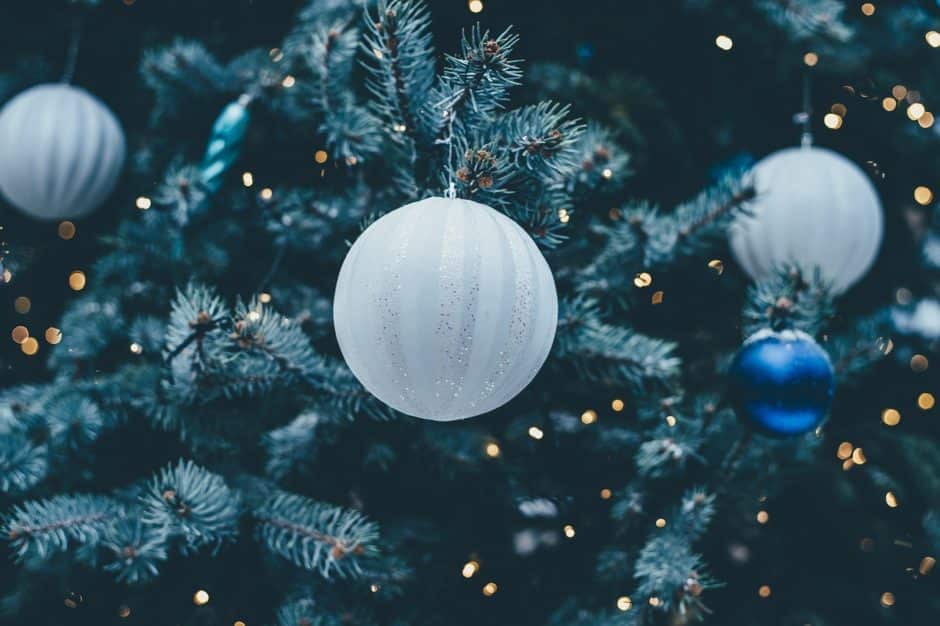 Right before my mother died, she wanted to give me a gift. “I want to give you something,” she’d said. “Anything you want. Something special. What would you like?”

Surrounded by family photos and irises and loving cards from the years, in the room she’d chosen to die in, I wasn’t thinking of gifts. That week she’d been dipping in and out of consciousness. She’d glimpse a photo from her Mykonos honeymoon and say, under the influence of morphine, “It’s beautiful being here on this island.” I’d smile back and say, “Yes, it is.”

What did I want? I wanted my mom alive, alert, awake. But that wasn’t something she could give for much longer. And I didn’t want to make her sad. So instead I said, “Can I have a puppy?” Imagining a sweet little bichon or a shih tzu was the only thrill I could imagine in that room. But when I looked up, my mom had already fallen asleep.

Gifts meant so much in our house. As a child, I’d spend the whole year saving up to buy my parents the best Chanukah and Christmas gifts—like a fancy sour dough starter for my dad, or an amber necklace for my mom. I’d plan year-round, writing gift ideas in notebooks and then buying the loot to store in my closet. When December finally hit, I’d spend hours wrapping them and arranging them beneath the tree.

Because more important than the gifts, was the tree itself. Each year my dad would lug home a hulking fir with broad shoulders and overflowing branches. It was so tall that he’d have to chop off its head to fit the ceiling. Often we’d pick ones that were lopsided because they could hold more ornaments. That fercockt tree would become a member of our family. So much so, that I’d say goodnight to it every night. Maybe because I knew that without it, my family wouldn’t be.

My parents met at Club Getaway on August 28, 1978. My dad was drawing a grand oak tree by a lake, and my mother, having stormed away from eight other men, spotted him, posing with his drawing pencil. She asked him what he was drawing, and so began their first conversation, which led to a brilliant romance.

But after three blissful months of dating, they hit a snag. As their first Christmas approached, my mother, who was Jewish, said she would not baptize her children. This would be a problem for my dad’s Catholic family, and at the time, my dad. That could have been it. But the Rockefeller Center Christmas tree changed it all.

Looking up at that glowing tree that winter, my dad felt their glittering love, and he knew: “This is enough.” So that night my dad called my mom to renew their love, and they were married within the year.

Their first married December my mom and dad hadn’t yet decided whether to get a tree. My dad asked, “Can we get a tree?” and my mom said, “Why not?” So they bought one from a street corner and my dad had it up within the hour. Shopping so close to Christmas, there wasn’t much left. They got blue lights at Gimbels, the last ones available, and made ornaments out of red paper and aluminium foil. Together they folded the paper and foil into old-fashioned candles, using the red for the stick and the foil as the holder.

In our years together we built our own traditions like my mother’s kosher Christmas turkey, which she’d turn into soup the next morning, and our year-round ornament hunting. My mother, grandmother, and I would scour the mall for the most sequined, most unusual ornaments so that each year I could look forward to inhaling that pine, covering it with thirty years’ worth of ornaments, and then chowing down on some warm matzo balls.

Years later I remember holding their last surviving paper candle, not yet knowing how special it was. It was so flimsy and delicate. “What’s this?” I’d asked.

If only I’d tucked it into an envelope right then. While I’ve saved so many of my mother’s ornaments, that candle is now lost as ephemera.

Lost now, too, is my mom. Dead six years, she’s gone, along with our Christmases. We tried putting up a tree two months after she died, but it just wasn’t the same, and I never tried again.

But this summer I did, however, manage to get my mom’s gift. After years of planning to get a dog, my husband and I walked into the Manhattan ASPCA and we fell in love with an inseparable bonded pair. They were the only small dogs there, and they came together. One was a bichon mix and the other a shih tzu—named like their breeds, Bebe and Zuzu. And while I don’t quite believe my mom sent them to us, they do make for a beautiful coincidence.

How perfect to have these dogs lounging under a Christmas tree. As we just received an artificial, bushy tree from my husband’s family in Michigan, this year may be it. I’m inspired to unfurl my mother’s ornaments, take out the menorah, and bring back the arboreal member of my family.

Julienne Grey has had her work appear in The New York Times as well as in Electric Literature, Joyland Magazine, and Slice Magazine. She attended the 2014 Tin House Writer’s Workshop after receiving the 2013 Slice Literary Writer’s Conference Scholarship. Julienne also worked in book publishing for twelve years, most recently as an editor and marketer at Grand Central Publishing. She can be found on Twitter as @JulienneGrey. 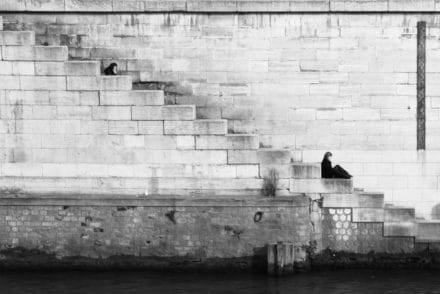 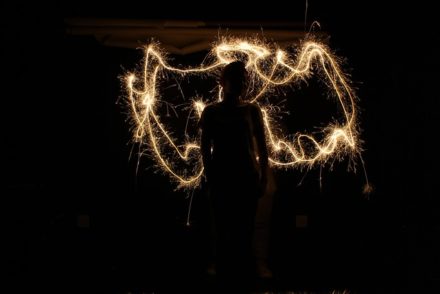 The Colors of Her Life