Guest Posts, Self Image, Self Love

The Breast of Me

She’s looking straight at the camera, standing relaxed and confident in the front patio, right by the gate that opens to Avenida del Tibidabo. Her blond hair in a pixie cut suits her petite features. It’s hard to know if it’s late summer or fall based on her lovely but indecisive top. A thin jersey snug to the body, it’s sleeveless, but has a turtleneck. The color is lemon chiffon, a very pale yellow. You can clearly see two tender mounds and the dark whisper of nipples through the fabric, but she’s unsuspecting. At 9 years old, she’s not yet aware of the power of breasts.

A few years later, when she finds this photo in her brother’s drawer, Nabokov rushes to mind. Oblivious Lolita, this girl in the see-through top may have aroused the imagination of creepy old men, or even her siblings, with the suggestive innocence only a young virgin can harbor.

I had breasts. They lived on my chest. But I didn’t mind them. They were mine, but they were not me.

Slow dancing, lights off, shutters closed. Summer heat banned outdoors, fire in her 12-year-old body. Pressed from shoulders to knees to the boy she likes. Not even a pin could come between them. Let’s stay together says Al Green. She wants to whisper it in his ear. The song ends, he goes away, another boy, one she doesn’t like, lines up. Hands on his shoulders pressing backwards, waist tense with the effort to recoil. Song after song a boy in line, seeking to mold the soft putty of her breasts with their tight embrace. Her flat-chested friend, they dance with at arm’s length, their one-track twitchy minds at ease.

I had breasts. They lived on my chest. They were small but they ranked me high. We were getting acquainted.

She’s 15, her breasts grown full size. Not too big, not too small. Perfectly proportioned with her body. Catcalls follow her from construction site to construction site. She feels flattered.

She’s 18. “You have beautiful breasts,” says her boyfriend. “What do you mean?” she asks. “They are round, soft, perky, nice size,” he says. She thinks he’s silly. Breasts are breasts are breasts.

I had breasts. They lived on my chest. I carried them like a banner. They sparked desires and delights.

Early forties, a suckling alien takes residence at her udder. She alternates between bliss and resentment. Eleven months go by. The mouth expelled, a warm little hand takes its place. Seeking refuge and comfort, her bosom his womb, the last thread of a union that will forever be missed.

I had breasts. They lived on my chest. They performed miracles. They were his.

She’s 49. “This will be a blip in the story of your life,” says the nurse. How can having a breast chopped off be just a blip? A polka dot pattern in the milk ducts is just pre-cancer, they say. Better safe than sorry, they say. It’s your lucky day, they say post-op. No chemo, no radio.

The last few years of rebuffs unspool in her mind. They sagged a bit, the traitors. Lights off. Hands off. Don’t come anywhere near.

(She could have cupped them in her hands like fluffy newborn puppies, presented them like an offering. Instead she concealed them like a blemish. All that bliss missed out.)

Lights off. Hands off. Don’t come anywhere near.

I had a fake and a real breast. They lived on my chest, but they occupied my whole body.

She’s 54. Hardened scars encapsulate the implant. It sits hard as a billiard ball, three inches higher than it should. That last dash of her, the skin, exiled from blood flow, frosts like shaved ice. It brings tremors to her mind when she lies in bed, this unyielding blotched orb.

A few years go by. She grows into the woman she was supposed to be. Brave. Ignited from within. She makes peace with all of her, past, present and future. Even the pain of lost ecstasy fades away.

Pleasure awaits on the crook of her elbow, on the back of her knee, in the meet of the eyes.

I have some sort of breasts. They live on my chest. But I don’t mind them. They are mine, but they are not me.

Originally from Spain, Isidra Mencos has lived in the US since 1992.  She has published in The Chicago Quarterly Review, The Penmen Review, Front Porch Journal, Newfound, WIRED, and Jane Friedman’s Blog among others. Her essay My Books and I was listed as Notable in The Best American Essays Anthology. Her debut memoir Promenade of Desire—A Barcelona Memoir will come out Fall 2022 at She Writes Press.

We are looking for readers and/or wordpress editors. 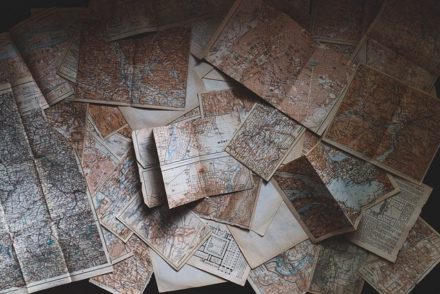 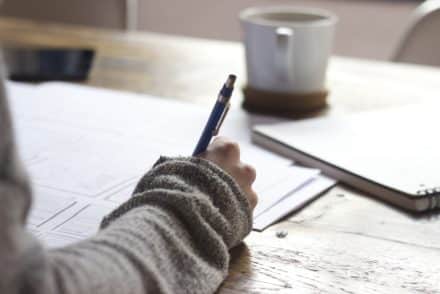 What’s In A Name?

Of Delicate Girls and Frozen Yogurt