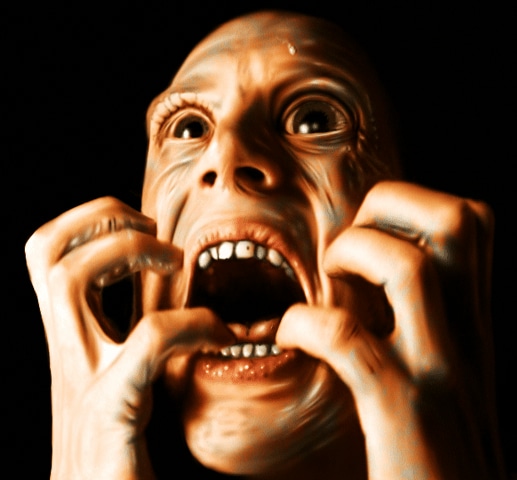 We all have it.

When you’re in a dark alley and you see a man with a long trenchcoat running towards you with a big knife and your adrenaline kicks in and causes you to fly away as if you had wings. Totally helping you.

Lately the word fear has been popping up more than usual so I though I ought to pay it a visit.

I was in a yoga class last weekend with my mentor and teacher Annie Carpenter, and she had us all in navasana (boat pose) for a verrrrrrrrrry looong time. We all started to shake. I started to get angry. Then she started talking about fear. She asked us to identify a fear that we had previously had in our lives which we had conquered. Still in boat pose.

Then it hit me like a ton of navasanas. I had conquered my fear of gaining weight.

There I said it.

Of course, it was not simply a fear of just gaining weight, but to simplify it, I’ll call it that. I was, for many years, in the throes of a bad eating disorder.

Still in boat pose, I realized I had transcended the darkest, hardest years of my life. I felt like I could stay in navasana forever with this newfound realization.

Annie was saying how fear protects us at times but when it stops us from playing and living then it no longer serves us. Or something like that.  We were still in still in boat pose at this point…and here I was lost in my own newfound revelation, so I wasn’t exactly getting everything word for word.

I became severely anorexic when I was 17 years old after a doctor told me that if I wanted my breasts smaller, (they caused me a lot of unwanted attention and discomfort back then) I should just lose five pounds. (If I could go back in time and shake him uncontrollably for saying that, I would. Although I know it really wasn’t his fault. Even if it was a crappy thing to tell a teenage girl.) That was the exact moment I went home and made a list of all the foods I would and would not eat. Up until that point I had never exercised and I ate cheese steaks and TastyCakes. A lot. I’m from the Philly area. It’s what we do.

Then I kept going.

Many years of my life were lived under a blanket of fear. I exercised four hours a day.  I was terrified to gain weight because I finally felt I could control what was happening around me and inside of me through my weight.

I had a fear that people would stop asking me “Are you ill? ”  It made me feel like I stood out. Like I was special. When someone told me I looked “healthy,” I panicked. (I know that this is hard to believe for the people who know me now, especially my students. I am so at ease with my self these days. Most days.)

Well, here I am in boat pose still in Annie’s class last Sunday at Exhale in Venice, realizing all of this. I am at ease. I have released a huge debilitating fear. Finally. For the most part.

Of course, during times of stress, the eating disorder rears its ugly head. I never worry about what truly is the matter, such as, let’s say: getting married or letting go of a waitressing job I had for 13 years or my nephew having Prader Willi Syndrome. But rather, it becomes simply “I am fat.” My brain takes the path of least resistance, what it knows best. Much as the body will do. That is the old tape it knows.

This happens rarely these days.

I have, for the most part, conquered this thing that had such a clutch on me.

So here I am in boat pose, shaking like a dog, and I realize I have conquered this fear. This is huge. Finally we come out of the pose and I get a little teary-eyed. I start to feel sad for all the years I let this fear rule my life. What was the fear truly of?

It’s so dark and ugly. I mistakenly thought my self-worth was my appearance. Now, as a teacher of yoga, with so many beautiful young girls coming to me, I recognize the same thing in them. I know them immediately. Perhaps they recognize me as well. I somehow got programmed to believe that what I looked like signified who I was. Inside.

There is nothing farther from the truth. Nowadays, I feel such a deep love for who I am inside that it never even crosses my mind to think people even notice my weight or my face. How can it be so complicated? I am not, nor was I ever, a shallow person. I know better. And yet, for 15 years I battled this idea.

I was also terribly afraid to deal with life. With feeling or loss responsibility or death. When my stepfather died, 10 years after my father had passed away, I just ran. I went out to Cooper River Park in Pennsauken, New Jersey. and ran for over two hours straight. There, all better.

Not quite. It never works that way. Even if we want it to.

The pain and the feelings are still there, we have just distracted ourselves. Maybe fear is just a big distraction?

My sister said something savvy tonight. I love my sister. She said, “Ha. An article on fear? I could write that one in my sleep.”  (She could.)

As much as she has an innumerable amount of irrational fears, she is fearless when it comes to her son Blaise, who has Prader Willi Syndrome. She says that you find the courage somehow.

I get it. I have found courage through my own yoga practice, through my teaching yoga, through the amazing man I married, through my nephew Blaise.

I still have many fears and am working through them daily. Sometimes they feel so real, as if at any moment the fear will come true and I will be homeless, my family will perish, I will be without a job, people will hate me, that I will have to go back to waitressing. I will go completely deaf. A fear of the Future. The abnormal fears. They run the gamut.

But sometimes, when I am in navasana in Annie’s class, or teaching my own class, I look up at the sky and shake my fist and say “Eff you Fear! You ain’t real!”

And anyway, as the amazing Wayne Dyer says, worrying is like saying little prayers for the things you do not want.

And of course, in a sense, it is real. But as Martin Luther King Jr said…….

Our problem is not to be rid of fear but, rather to harness and master it.

This Weekend’s DMC (Daily Manifestation Challenge®): In the Comment Section Below write down a fear you have and then tell it to buzz off! Extra credit: add something you are FEARLESS about. Where is Fear Running Your Show?

WHAT ARE YOU SO SCARED OF, ANYWAY? 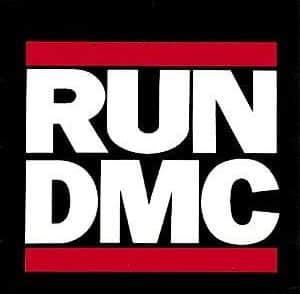 What Brings You Joy? The DMC. 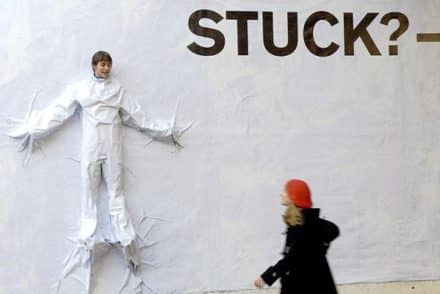 I Thought You May Have Forgotten.