My eight year-old nephew, who is an Arab Israeli, thought I looked like a farm girl when I wore braids.

“Big teeth are better than no teeth,” I said. He covered with pursed lips his missing front ones.

Later, he poked his finger into my nose and asked me why I had no babies.

He and his two brothers came to America every summer to visit their mother’s side of the family. She and their father had met when they were both studying in Germany. The oldest boy planned to be a football star; although when the football star was in America he said ‘soccer.’. He would never speak English to an Arabic speaker, or vice versa. He learned early on that there are differences in this world, even though sometimes those differences perplexed him. In his Bedouin village in Israel all the married women had babies, and he didn’t mind really, he said, but he did wonder why I was married if I didn’t want babies. I told him it wasn’t that I didn’t want them; I just didn’t want them yet.

“What are you waiting for? You’ve been married since I was a baby. You’re old.”

“Yeah,” he said. That’s what he was talking about.

I told him I didn’t know what I was waiting for. He scrunched his face. This didn’t satisfy him; this was not an explanation he could chronicle in his head. He still had questions, but then he said he didn’t care anyway because if I had babies I couldn’t ride upside down roller coasters with him at Hershey Park. Maybe I could, but I’d have to find a sitter and I’d get tired a lot faster.

I believe I confused them. In their world girls were girls until they were mothers, but I was neither. Even when they came to visit America they came to Mennonite country Pennsylvania, where men did men things and women did women things; and these women things, for the most part, included having multiple children by they time they were thirty. It meant, for the most part, eschewing fashion for comfort and making other arrangements that enabled them to be anyone’s mother at any time it may be needed. A man craved a sandwich? Here was a mother. He needed his shirt cleaned? A mother. The childless daughter-in-law didn’t eat meat and therefore required a large bowl for the salad? Mother. Get your own bowl, the three boys must have thought. And wipe this steak sauce off my face while you’re up.

When I went for a run they asked, what for? You’re just going to get fatter anyway—look how big your arms are! I told them it was muscle, which it was, and then I flexed.

“Those aren’t guns,” the oldest one said. “I’ve seen guns and I wouldn’t touch them even if they were guns.”

They were frenetic thinkers. One day the younger one pushed the heels of his palms into his eyes and declared that it was impossible to think of nothingness—true nothingness meant nothing: no air, no god, no blinks, no thoughts. The boys’ mother, my sister-in-law, who was fairly quiet like my husband and the rest of her family, laughed and mussed his hair and said her boys were growing up to be like Arab men—always talking, talking, talking—like they were jacked up on coffee and couldn’t keep their mouths from uttering all of their thoughts.

I wondered, though, if these seemingly pointless ramblings were really indications of my nephews’ extremely high intelligences, like in a cross-cultural philosophical sense that was way, way over my head. I wondered if their demand for answers regarding differences in ways of living was simply forced upon them by circumstance.

I was wearing a blue tank top and cut-off blue jeans and turquoise earrings one morning and the youngest one, the third nephew, walked up to me, flicked at the bottom of my shirt.

I didn’t know what I was waiting for, exactly. Money? A book deal? Something that defined me before I was defined by my children? My mother fought to find herself after she birthed me and my two sisters; back then it was the renegade thing to do—find ways to separate yourself from your children—but to me, and to my sisters, it was painful. Find yourself, make your mark on this world before you have children—it’s what I thought my mother’s life had taught me, and I had always been grateful for the lesson. Although I didn’t believe I understood the number of years that might take, that search for oneself, that search for the spot on which one’s mark should be made.

Now that she is gray and soft, my mother says that children often point women in the right direction, but that felt wrong to me—using children as trail markers. I feared it might not happen either. I feared I’d simply lose myself, happily, inside of their needs. I did enjoy sitting next to my nephews, smelling the play in their hair, watching them kick at the dirt and wonder aloud how a bear’s teeth could reveal its age. They had just learned this and were going to talk to their dentist father about it when they got back to Israel.

I cringed, bit my tongue with my front teeth.

“You’re my Uncle Scott’s wife,” he said, as if he noticed my teeth pressing down.

Never mind, I said. That was stupid.

This one was the most affectionate of the three, but when his brother jammed his finger into my nose, clenched his teeth and asked again about no babies, this one tried to copy him but missed and poked my eye. It hurt but I didn’t know how to react until later when I decided that I should have grabbed their hands and taught them something about manners; but I didn’t really know my place there, and truly I was too distracted by their questions, and all the many questions that followed that one: why? why not? when? who are you?

Kate Hill Cantrill’s writing has appeared in many literary publications, including Story Quarterly, Salt Hill, The Believer, Blackbird, Quick Fiction, Mississippi Review, Swink, and others. She has been awarded fellowships from The Corporation of Yaddo, The Jentel Artists Residency, The Virginia Center for Creative Arts, and the James A. Michener Foundation. She has taught fiction writing at the University of Texas, The University of the Arts, and The Sackett Street Workshop. Kate’s first collection of short stories, Walk Back From Monkey School, was recently published. She lives in Brooklyn. 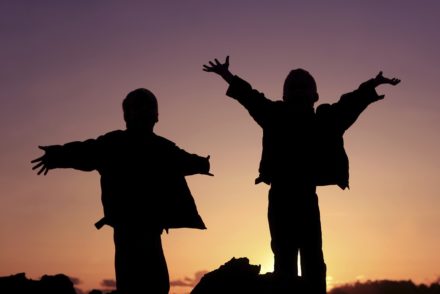 What is True About YOU?