And So It Is, courage, Delight, Guest Posts

A couple days ago, in the frozen foods aisle of Trader Joe’s, I was approached/cornered by a woman in a faux-fur leopard coat, black ugg boots, cat-eye glasses and a giant, platinum, frizzy halo of hair. She pointed an acrylic nail at me and leaned in.

“Because you have an orchid in your cart, I’m going to give you a bookmark,” she said. “Do you like books?”

I blinked and stammered a few seconds, taking it all in and trying to process what was happening. I had no idea what purchasing orchids had to do with deserving bookmarks but I couldn’t deny that I liked books. She had me there.

I must’ve answered correctly because she reached into a wrinkly plastic sack and produced a large, glossy bookmark.

“Put it in your purse.” She ordered, handing it to me. Then she shuffled away, likely toward more orchid/book lovers.

I glanced at it, perplexed. Upon further inspection I realized she was an author and the bookmark was an advertisement for her book. Here is a choice excerpt:

TOO OLD TO BE A HOOKER, TOO YOUNG TO BE A MADAM

A Novel inspired by true events is a racy fantasia. It’s a vivid portrait of April Moon, the charismatic Jewish American temptress born and bred in Beverly Hills, seduced by the lure of Laurel Canyon. Join the original flower child and her extra wannabe starlet party princesses on their journey of dangerous liaisons with the bold, the buffed and the beautiful. Antonio, the cross-dressing, Eurotrash mambo king from Madrid, a combination of a stallion and a pit bull; Diva Boy, an outrageous disco dolly; her certifiable rich mother; Christopher, the eccentric artistic director perv whose family tree is soaked in gin; Lust, a bizarre porn star; and a jock named Patrick, the hot hung eye candy from Orange County. You’ll share April’s bizarre adventures as a stunt girl, her experiences inside of a trendy drug and alcohol rehab center in Malibu, a psych ward, and a Mexican jail.

Well. I can’t say that I’m not curious about April’s journey (a Jewish American temptress in a Mexican jail?!), but what struck me most curiously about this whole encounter was this woman’s ballsy brazenness at putting herself out there. It was remarkable.

I’ve never been a fantastic self-promoter. There’s something about the look-at-me!-ness of it all that feels impolite. The irony is not lost on me, being an actor (who also has a blog, hello!). But It’s one thing to perform in the moment and another thing to talk about it to others and ask them to watch you. In certain ways, I really have to make a concerted effort to put myself out there and even then, a part of me cringes. Maybe it’s because I personally know certain actors who go way overboard on the self-selling (narcissism, anyone?) and it makes me tremendously itchy. I never want to elicit that response in others. It is show business, though, as they say, and that means if you want to get a job, you do have to think about how you are seen and how you are showing up.

I’m not just talking about plugging your TV appearance on Facebook, although that’s part of it (that’s the easy part). I’m talking about energetically taking up space, being unapologetically ballsy. And figuring out how to do that without being a jerk. Frustratingly (to me), those narcissistic actors I just spoke of have tremendously successful careers. It feels like they’re being rewarded for being assholes. All this has me thinking: is there a way to show up big, retain and celebrate your own authenticity, and (gasp) be happy and kind along the way?

My teacher/boss/friend Lesly doesn’t necessarily think so. Her most successful clients share what she calls ruthlessness and that just sounds so abrasive to all parts of me. What I think is fascinating about this quandary is that (show business or otherwise) we’re talking about selfishness. Too little and you’re an apologetic soul, living out of fear and worry. Too much and you’re an entitled jerk who’s gross to be around. It’s also about flexibility. The Diva who claws her way to the top runs into a snag by not being adaptable. She expects people and circumstances to revolve around her. The too-adaptable wallflower shrinks into smallness or gets taken advantage of. The right amount of malleability is vital for success and happiness. Lots of rules about how things need to be make it hard to enjoy yourself, whether you’re experiencing what you believe “success” to be or not. It makes contentment super slippery and conditional. I want to have goals in my life and go after what I want, but flexibility has to play a part to let the definition of happiness be moveable. Mainly because I’ve tried it the other way and it’s freaking uncomfortable.

Whether actors or not, maybe we could think about indulging in Self-promotion with a capital S. Promoting and celebrating our higher, most authentic Selves, thinking BIG in the vastest sense and not just for personal gain. Maybe we can try on some entitlement in terms of being committed to our own (flexible!) happiness. And perhaps ruthlessness has a place in cultivating an unyielding, unapologetic commitment to follow heart and gut, to hell with what anyone else thinks. And hopefully by having those intentions, the things out there in the world that we want to experience will be drawn to us. And we don’t have to be jerks to get them.

Bonus: this kind of light-shining benefits not just self but the collective too. True story: on my way home from Trader Joe’s, while stopped at a stoplight and trying to read my new bookmark in the dark, I saw a guy standing alone on a street corner with an actual, live sparkler in his hand. Just standing there, doing figure-eights and twirling it solo while it burned and sputtered. He seemed to be purely doing it for self-satisfaction but for those few fleeting red-light minutes, did it ever make me smile.

This dippy spread was born out of a need to feed three hungry women at a rehearsal. It was such a hit (and snarfed so quickly) that it is now a rehearsal requirement due to its severe habit-forming properties. And it like, totally made us better actors.

Cross-hatch the avocado and scoop out the diced pieces into a bowl. Sprinkle with brown rice vinegar (start with about 2t), the squeeze of a quarter lemon, a drizzle of either olive oil or toasted sesame oil and a shake of gomasio. Taste. Depending on your palate and the size of your avocado, keep adding more acid/salt/gomasio as you go. Serve with raw veggies, atop salad, with chips (maybe fried wontons!?), smashed on toast, etc…

P.S.  Do you like monkeys and/or Lorenzo Lamas?  Check out this commercial I did!*

*she said, unapologetically but with authentic boldness:)

1. After I wrote this post I came across this Agnes DeMille quote and almost fell outta my chair.

2. Remember: your playing small does not serve the world!

3. No one is gonna pick you. Pick yourself.

Hi:) I’m Jolie. I’m a working actress living in Los Angeles with my husband and pooch.

Do you know what it’s like being an actress in Los Angeles? It’s simultaneously:

Not unlike your Grandma taking you to have the expert photogs at K-Mart work their portrait magic after dressing yourself in a rad 80s outfit (see above).

When Show Business is good, it’s really good. But when it’s been a while between jobs, you’re so desperate for a creative outlet that it’s not uncommon to pin all your hopes and dreams on, say, a small guest-star on a CSI:MIAMI episode, fully believing that it will express all you have to offer as a creative entity. This can only end badly. Especially if you’re shooting all day on a small, musty boat getting tangled split-ends and active rosacea from the whipping, salty wind.

After many years and many CSI:MIAMI moments, I made a concerted effort to take all my eggs out of one basket and spread them around: I learned the true value of having a hobby. I took up knitting and couldn’t stop. I always liked to cook so I enrolled in a 20-week cooking course. It was such a relief to find other things to enjoy. And in both cases, having a desire to create something and then see it through to an end result was tremendously satisfying. I didn’t have to wait by the phone for my agent to tell me I could. Feeling bolstered, I started writing more, tweaking recipes, documenting my experiences in the kitchen and out in the Crazytown that is Los Angeles.

I love to act and play other people but Joeycake is all me.

Jennifer Pastiloff is a writer based in Los Angeles. She is the founder of The Manifest-Station. Jen will be leading a Retreat in Costa Rica at the end of March and her annual retreat to Tuscany is in July 2014. All retreats are a combo of yoga/writing and for ALL levels. Read this post to understand what a Manifestation retreat is. Check out her site jenniferpastiloff.com for all retreat listings and workshops to attend one in a city near you. Jen and bestselling author Emily Rapp will be leading another writing retreat to Vermont in October. 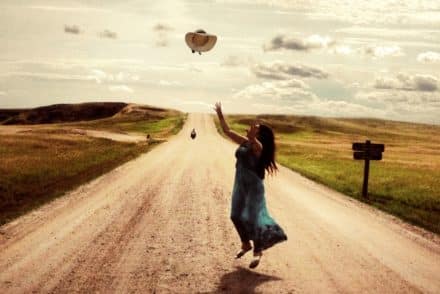 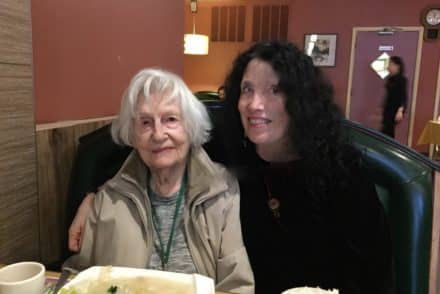 To Mom with Dementia