The Poop of Life or: When Guilt Masks Shame. By Debra Cusick.

When Jen asked me to write something, I thought I’d scribble about guilt because her post on that topic inspired our meeting. So, I did what any good teacher would do, and I went to see what one of my gurus, John Bradshaw, has to say on the subject. His book, Healing the Shame that Binds You, taught me that shame, disguised as toxic guilt, ruled my life. He says, “people will readily admit guilt, hurt or fear before they will admit shame.” So I’ve decided to examine the girl behind the curtain of guilt and expose my toxic shame. I’m free writing, so I have no idea how this will go.

For as far back as I can remember, I had nightmares about a boogieman in the basement closet, who’d appear out of nowhere and slowly come to get me. I could see the evil in his eyes and ran like crazy, to the foot of the stairs. As I’d get about half way to the top, everything would go into slow motion, my feet would turn into sandbags, and I’d stare in horror as his hand came closer to grasping my ankle. I’d awaken–dripping with sweat, heart pounding, ears ringing– and run to my parents bed, only to be further terrorized by my dad’s snoring that soon became the gruff voice of the boogieman, as I into and out of sleep. I couldn’t find what I needed.

Years later, as I recounted that story in group, my therapist told me “The first memory you have becomes your life script. What do you think yours is?” After thinking about it, I concluded that I had erected a “no win” agenda. If I tried to be a “big girl,” the boogieman would come for me, but seeking comfort from my parents (whom I instinctively knew not to awaken—more food for thought) just lead to more misery.

Bradshaw says, “Shame is internalized when one is abandoned. Abandonment is the precise term to describe how one loses one’s authentic self and ceases to exist psychologically.” I lost my authentic self on Sunday, September 25, 1965, when I was 10. The day my mother died. The day before, an ambulance came to our house and took her away. I had been playing in the front yard, when it arrived. I ran inside and hid behind a couch. I could see paramedics wheeling the gurney to the front door with her on it. She saw me peeking though the cushions and in a drug-induced stupor whispered, “Good-bye, Debbie.” Little did I know it would be the last time I’d ever see her.

When the hospital called that morning, I answered the phone. A voice I didn’t recognize asked to speak to my father. Shortly thereafter, he and my oldest sister left in a fury. Two hours later, when they returned, I was practicing my future cheerleader moves in the front picture window. The moment I laid eyes on my father’s face, I knew. Mother’s dead. I had no idea what death meant, but I knew she was dead.

She had explicitly requested that my seven-year-old brother and I not see her dead. She knew she was dying. She knew she had metastatic breast cancer. But I didn’t. People who are sick get better. Even if they go to the hospital, they get better and come home. But she didn’t. I never saw her again. So I sent a part of me with her. Some might say she abandoned me that day. But she didn’t. I abandoned me that day.

Something else happened that day. I decided that—upon seeing my father’s stricken face—I had to save him. I had always been a daddy’s girl, and I couldn’t have a sad dad. Right then and there, I decided I had to be perfect, so he’d have something to take the place of his grief over the loss of my mother. From that moment on, I vowed to myself that I’d make him proud and never disappoint him. Little did I know that within hours of my mother’s death, which completed the fracturing of my family of origin, I’d create two roles for myself, to mask my shame.

The next few days are all a blur, but at the party which normally follows a funeral, when everyone of Irish descent drinks away his pain and laments the dearly departed with laughter and tears, I could only imitate the adults and must have spoken too loudly or merrily because my dad leaned over to whisper for me to “knock it off,” reminding me that “we just buried your mother.”

In this one sentence, I further cemented my no-win script. If I’m happy at an inappropriate moment, I have no heart, but if I express sadness, I’m a baby (later Drama Queen or Depresso). I had disappointed my dad on the very day I had vowed to be his rescuer! SHAME ON ME!

And the shame—too terrifying to admit—turned into guilt. And the guilt reinforced my no-win script. In becoming an overachiever, to make my dad proud—and hide my toxic shame from the world—I set myself up to experience the wrath from peers who wanted what I got. When I made cheerleading, I felt guilty about beating out other girls. Girls whose mothers didn’t want them hanging around with me, because “she doesn’t have a mother.” When there was a competition, I had to win—to make dad proud—but when I did, my peers accused me of thinking I was better than they were.

Society does an excellent job of telling us how to meet its unreal expectations, but I wasn’t going to fail. By god, I had failed to keep my mother from dying; I couldn’t let my father down, too. So, I earned straight A’s, participated in sports and music and honor societies and went to Girl’s State and dated the captain of the football team (which really made my dad happy) and was a homecoming princess and won the staring role of Maria in The Sound of Music, and earned a 1st in State in vocal competitions, got accepted to Northwestern University’s Music School. And felt guilty every step of the way.

If there were ten reasons to feel proud of myself and one reason to feel guilty based on something I heard other’s say, I listened to the voices that accused. I no longer felt guilty. I personified guilt. And I allowed it to wreak havoc in my life. I had no idea who I was or what I wanted (other than love) because I wasn’t a self. I had no idea what “going within” meant because I had no within to go. I operated as an overachieving shell, who won the cookie after a backflip and the accolades that accompany success. And, as long as it worked, I didn’t have to contemplate the shame I felt, if ever there were a quite moment in my world.

I finally crashed at the age of 40, when I couldn’t get my alcoholic husband to quit drinking (and all the other things that go with it). Admitting I’m powerless over the alcoholic? Inconceivable. In my own world of denial, there was nothing I couldn’t achieve. So, I cracked. But—unlike Humpty Dumpty, whose horses and men couldn’t put him back together—I took all the energy I had spent on others (and avoiding my fractured self) and used it to uncover, discover and recover my abandoned self. And while guilt and overachieving alarms still ring, when I stop working my program, I have my tool belt on at all times and know where to go, when I’m tempted to check out over the poop of life.

About Debra Cusick:
I was born, and grew up in NW Indiana, but I tell people Chicago because I am exactly 28 miles SE of the Loop, right over the boarder and can get there faster than most people living in the burbs and besides, it sounds much cooler. I went to college at Northwestern, right on Lake Michigan but graduated with a Master’s in English from Purdue.
I became a single mom—of two of the coolest kids on earth—when they were 4 and 9 months, respectively, and got five jobs in a week, determined to stay in our house. Ever the overachiever, I worked from home and as a direct report in Chicago, till the kids were both in school all day. By then, I took a full-time job as the Director of Marketing for the largest prison lighting manufacturer in the USA (before there were too many slammers and more ill-sentenced inmates). In 1991, I tried my hand at marriage again, and produced my third child, who must have bargained with the gods to come back this life to teach me more than I knew I could learn. She is a blessing. The marriage wasn’t. I finally had to choose between death and myself . . . and since you’re reading this, you know which I chose. Seven years of intense experiential therapy later, I emerged, whole for the first time, probably, since birth.
I sucked in everything I could from the lighting industry and eventually worked as a manufacturer’s representative in Portland, OR, calling on the architectural and design communities. I’ve always been a sucker for beauty, natural or man made, and Portland gave me both.
Things brought me back to my house in Indiana—which I had rented to strangers for the three years the kids and I lived in OR—and I began teaching composition, research and technical writing at Purdue University Calumet, while I sought more jobs in lighting to pay the bills. Since 2001, I have served as an adjunct instructor at seven universities (not all at once, but close) and sold outdoor architectural, custom library, architectural asymmetric lighting and specialty lamps.
Three years ago, I started to work for the biggest lighting manufacturer on earth, where I conduct energy audits to show large industrials, schools and other huge energy suckers how to save money and cut their carbon footprint.
I was born with drive and a will to succeed. I just had to learn self-love first. That has provided the journey of my life. With many teachers, right when I needed them, my glass has managed to stay at least half-full. When I take the time to indulge in them, my passions include reading, cooking (I went vegetarian a year ago and LIVE off recipes from Thug Kitchen and other amazing places on the Internet), gardening and interior design. I have truly made my home, which I share with Patrick—the kindest, coolest and most understanding man I have ever known—and Max, and Cassie—our two longhaired miniature dachshunds—into a sanctuary of peace and creative inspiration. If my life is half over, I still have time to carry out the rest of my dreams.

Jennifer Pastiloff, the founder of The Manifest-Station. Her work has been featured on The Rumpus, The Nervous Breakdown, Jezebel, Salon, among others. Jen’s leading one of her signature retreats to Ojai, Calif over Labor Day in Ojai, Calif and over New Years. Check out jenniferpastiloff.com for all retreat listings and workshops to attend one in a city near you. Next up:  Seattle, London, Atlanta, South Dakota, NYC, Dallas, Tucson, Vancouver. She tweets/instagrams at @jenpastiloff. Join a retreat/workshop by emailing barbara@jenniferpastiloff.com. If you want to attend the July 6th London workshop sign up now as it’s almost full. 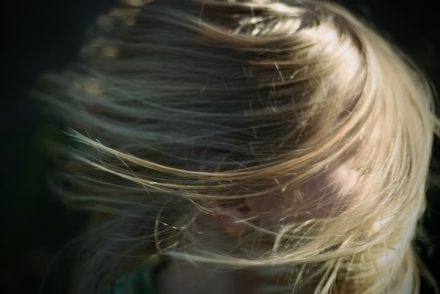 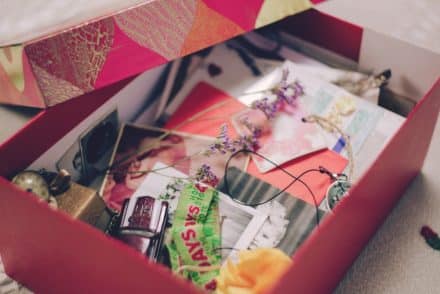 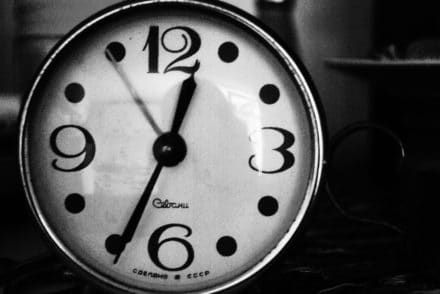 This Broke My Heart. Please Read & Share & Remember This Incredible Moment Is All We’ve Got.