Trigger Finger: An Essay on Gun Control. By Kirsten Larson.

My father was gone two weeks when a man I didn’t know was my mother’s new boyfriend pushed the butt of the .22 rifle on my right shoulder and with his big, dirty fingers folded my slender 4 year old finger onto the trigger. He cupped his left hand around my left hand, squeezed it under the stock and raised the barrel toward a paper he’d nailed to a fir tree a few minutes before. When he took his hands away the barrel fell pointing at the ground a few feet in front of me.

We were in deep snow up the side of a mountain almost to the timberline near Kalispell, Montana, where we lived. My Mother had driven my brother and I to shoot guns with her “new friend.”

I was shivering mostly because of the cold. But also I didn’t know anything anymore about my life, the randomness with which things change and happen: a new house, my dad gone, my mom unpredictable.

I’d never seen a gun. I didn’t know anything other than I was supposed to hit the bulls-eye. I didn’t know what a bulls-eye was. What I knew was that this man was not my father, but he and my mother were drinking whiskey out of a short brown bottle and looking at each other like she and my dad had once looked at each other.

“Pull the trigger,” he yelled.

The gun exploded in front of me with the loudest noise I’d ever heard. I was thrown back onto the hard snow. Pee soaked hot through my tights, warming my icy thighs. The shame of being touched by a strange man, of peeing like a baby in front of a man who was not my father, was far worse than the pain in my arm from the gun.

I did know what death was in 1980 when the .30-6 my mother bought for my 16 year old brother discharged in our house. I was 17, upstairs in my room reading. The sound of a car accident the sudden merciless slamming of metal and glass was the sound of that gunshot.

You don’t know how your body responds to terror until you’ve known terror. I freeze. I lose my voice. An iced knife straight up from my solar plexus.

The absolute still that followed that gunshot. I heard first my mother’s voice, then my brother’s and knew they were alive. Then I could move. When the fear let go of my heart, sweat coated my entire body from my scalp to my shins.

My brother had been playing with the gun, didn’t know it was loaded, aimed it at the lathe and plaster wall and pulled the trigger. The result was a black-rimmed hole about 10 inches diameter.

Didn’t know it was loaded.

My mother bought the gun for him because he was a boy raised without a father. All of us raised without fathers and the ways we try to make up for that loss.

Guns and what they stand for.

A year or so later, shortly after I moved out, my mom told me the police took the gun from my brother when he and his friend were hunting too close to people. I never heard another thing about it.

The other side of a gun. Valentines Day, 1989, 8:15 AM, I was a single mother waiting with my chatty 3-year-old son at the bus stop for the #19 bus, which was late. Another woman sat reading the paper, waiting. When you don’t have money for a car, you wait a lot.

Waiting for a late bus involves me staring at incoming traffic, willing the bus to show. So I wasn’t paying much attention behind us. When I turned I saw a man less than half a block away walking toward us. He looked like my brother, first thought. Second though, something’s not right.

I found my son’s hand and pulled him close. The man walked up, hands in his pockets, and asked, “Do you guys know where the nearest police station is?” I turned again to look down the street holding my son next to me.

The other woman answered, “I don’t think there is one close to here.”

Don’t tell me you can understand how I must feel about what happened next, because you can’t. Unless you’ve experienced it, you can’t imagine what it’s like to have a gun pointed at you by a stranger with dead eyes, your baby right there.

He screamed, “Give me your money.” Had to move. Dropped my son’s tiny hand. Dropped my purse. Picked it up. Gun there. Hands shaking, pulled all of the money I had out of my wallet. All three dollars. The other woman crying. Handed him all of her money, two dollars.

Gun pointed at us. Only one small movement to death.

He said, “I thought you were lawyers or something.” Then he turned and calmly walking back from where he came from.

The police took a report.

He took five dollars. He took all we had.

You won’t like what’s coming next. You will judge me, a small child in the house and all: I learned how to shoot, got a gun, and started carrying it. A lady Smith and Wesson .38 revolver. I carried it every day for nearly two years after a man with dead eyes pointed a gun at me; me holding my three-year-old son’s hand.

The gun was in my home when, at 2:00 AM, someone rattled the door handle and then walked stealthily around and looked in the windows. I was not tempted to shoot him, instead I called the police.

I had the gun in my purse when I was doing laundry at a public Laundromat one evening. A man walked by several times, looking through the plate glass windows at me and out to the parking lot, me, the parking lot; a lion stalking its prey.

I was wearing jeans and a white sweatshirt. Again that feeling – something’s not right. He came in, pulled the glass door behind him. Just him and me for as far as I could see. His eyes pinpoint, shaking hands, not right. Asked if he could pay me for an hour of my time. An hour of my time. Knowing the gun was there in my purse I stood up straight, hands on hips, told him to get the fuck away from me.

I was carrying the gun when someone exposed himself to me as I got off the bus one night after work. He followed me around the block in his car. I thought about the gun only after calling the police with his license plate number. He was caught and punished. He was 19.

I don’t know what offense might make me decide to kill another human being. Certainly nothing I own is worth someone’s life. I stopped carrying the gun.

I locked the gun in the cedar box I’d received as a graduation present years prior and then packed the box away with the few letters I received from my father as a child, and family photos. I locked it away to protect my son. I locked it away because I didn’t know how to get rid of it without putting it in someone else’s hand. I purposely lost the key to that box.

The presence of the gun came up for the last time in 2006.

People who say things like “God doesn’t give you more than you can handle,” those people, they’ve never had more than they can handle. I had more than I could handle, but that’s another story.

I was depressed; the kind of depression that feels like weights hanging off all four limbs. Depression where comfort is the constant thought of the ending the pain. It was like that. Although I had a suicide plan, it didn’t include the gun. But, a man I was briefly seeing was concerned. He broke the lock on the cedar box, took out the gun and locked the trigger with a trigger lock he’d purchased. He kept the key when we stopped seeing each other a few months later. The gun is gone now. I will never own another gun.

None of us are safe, male or female. But most people I know personally who own guns do so for self-protection. It’s complex.

I take the regular precautions most people take. I trust my instincts. Look people in the eye.

I worked hard at a corporate job and made good money. Since I have made better money I no longer live in crime-ridden neighborhoods, no longer have to take the bus, no longer go to the Laundromat; I have not been the victim of a crime in a long time.

What I paid for that safety was too much; creativity, time with my child. But that’s yet another story. If I had it to do over, I wouldn’t have made the same decisions; I’d leave myself vulnerable to have back the opportunities I gave up thinking enough money would insulate me.

In the debate about guns, so many on both sides seem to have simple answers. As usual we have two ways of conversing: the luxury of outrage and the luxury of stubborn insistence. But we all agree, something must be done.

The sort of fear I lived with is erosive to the soul in a way that defines lives. Learning to live a good, authentic life not ruled by fear: for me, that’s gun control.

Kirsten Larson lives and writes near Portland, Oregon. She studies writing both at Antioch University as an MFA student, and in Tom Spanbauer’s basement as Pond Scum. She loves to read and ride her bike.
She met Jen Pastiloff at a writing workshop in Portland with Suzy Vitello and Lidia Yuknavitch.

Jennifer Pastiloff is the founder of The Manifest-Station. Her work has been featured on The Rumpus, The Nervous Breakdown, Jezebel, Salon, among others. Jen’s leading one of her signature Manifestation Retreats to Ojai, Calif over Labor Day in Ojai, Calif and she and bestselling author Emily Rapp will be leading another writing retreat to Vermont in October. Check out jenniferpastiloff.com for all retreat listings and workshops to attend one in a city near you. Next up: Seattle, London, Atlanta, South Dakota, NYC, Dallas. She tweets/instagrams at @jenpastiloff. 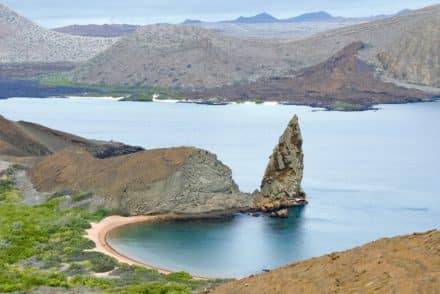 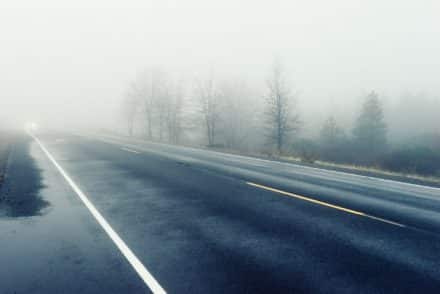 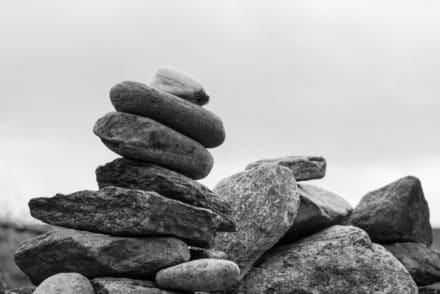 Thank You To The Today Show & Cosmopolitan UK & The Daily Mail UK!