And So It Is, Interview, Jen's Musings, Video 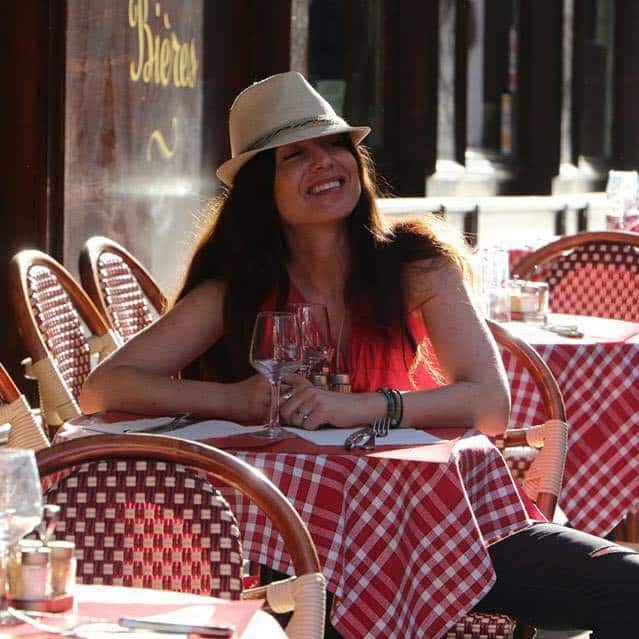 Annie Sertich and I were having coffee last week (she is a fantastic author and actress) and she decided to give me an impromptu interview. I shared it on my Facebook page and got a myriad of reactions.

Listen folks, I would never, and I mean never- and you can quote me on this if you want to, which I doubt you do- but I would never knock waiting tables.

Some of the greatest moments of my life were from that time. The friendships I made with people I worked with or the customers. I can’t lie. Some of the customers. Some. Some were just dicks. The memories, the lessons I learned! My God, I could write a book (wait, I am) on how those 13 years at the same restaurant shaped me and how immensely grateful I am for that, and, for the love of cliché, I wouldn’t be where I am now if it wasn’t for all those years of refilling iced teas and taking orders for Huevos Cancuns, (all egg whites, no tomato, salad instead of potatoes.)

I would never knock that noble profession.

I mean, it was. For a while. It was great. Then it wasn’t. Then I was like dying inside. Slowly. And then not slowly.

I went to NYU and studied writing and had poetry fellowships and had all these big ideas and then for years I didn’t write. Or, I wrote the occasional poem or short story on the back of an order for a chicken pot pie. My point is, and I say this in the video, is that I was not creating during many of those waitressing years. I was simply existing. I was not writing and for me, that is the worst thing. An artist who can’t make anything. A writer who isn’t getting the words out.

(If you want to be a writer, then write. A writer writes. It’s very simple. I don’t care how you get your pay stubs but if you want to do it, then do it. End rant.)

So yea, it was awful. And I hated myself and the more I hated myself the less I created. I was sort of trying to halfheartedly be an actress without any luck obviously. (Hint: if you sort of halfheartedly try to do anything you probably (although not always) will not get very far. The words sort of, halfheartedly, and try kind of give that one away.)

In the video, which is short and doesn’t get too in-depth, I say that people pitied me. “Oh, you’re still here?” they’d say. Now, I’d be all, “Yea. You are too. Look at that. Here we are. Together. Still here.” But back then, even as I made a witty remark as a comeback, I broke a little inside. Yes, I am still here and I am still a loser and I am never going to amount to anything and you are right in your character assessment of me, now do you want your dressing on the side or tossed?

How much power I gave away. How much I let the world decide who I was.

Which leads me to now. I heard Wayne Dyer ask this question while I was still waitressing. “Who would you be if nobody told you who you were?” Gulp. I bawled. I had no fucking clue. Really. It was one of the first times I started actively thinking about this. For so long I had been told that I was miserable, didn’t smile enough, was a waitress, had potential, was a great writer and why didn’t i write more, should lose ten pounds… Whatever it was, I had been told so many things and I hadn’t made any decisions for myself regarding who I was and what I wanted. And, I was depressed and I wasn’t doing a damn thing about it, to boot.

Someone also commented on the video when I shared it on my Facebook that it is sad to me that you identified yourself via an occupation. Obviously, you offer, and clearly have always had so much to offer. We’re not just women (men), Mom’s (not Mom’s), a manager, an artist, etc, we’re all made up of such an incredible mixture, just one thing should not define us. Oddly, I think, glad you hit your rock bottom and can now share your passions with us. Grateful!

I agree that it is sad that I defined myself by what my job was. A lot of people do. It was terribly sad and unfortunate and looking back I can see I am still me and I was me then and just because I took orders for Tandoori Chicken Salads at the same place for more than a decade didn’t mean I was nothing. But I didn’t believe that. And, I live in L.A. Come on now, I was working at a place that during its heyday was “the place to be”- every actor and agent and producer and anyone who was “anyone” (what a horrid expression) came in to have a meeting and to be seen.

I never felt seen. This was purely my issue and one I grapple with still (I haven’t published a book yet, I compare myself to other writers and people who have kids and all sorts of people who are my age and at a different “station” in life but mostly, I am clear in who I am and I love myself. I said mostly. Because I would be lying if I said always. I still have rotten days.

I lead workshops (The Manifestation Workshop: On Being Human) which invite us to be messy and human and to stop defining ourselves by our job or our title. Many people do define themselves that way. Ask around.

Maybe you don’t see yourself while reading this. But you might. And you’ve been programmed this way. We all have, so I don’t blame you or me or my neighbor or the woman in my workshop who works in the bakery at the grocery store and feels a sense of unworthiness. Many people equate their self-worth with their career or status or bank account. I hope you don’t think that is who you are: “just-a person who bakes bread, just-a mom, just-a bank teller. I hate the Just-A box. Nobody is just-a anything.

Also this: I am in my late 30’s now (which my autocorrect just changed to 20’s ha!) and I know better. You hear that, teens and people in your 20’s? It gets better.

I know better than to deem myself worthy/unworthy because of how much money I have or don’t have or what my job title is.

I don’t care (as much) what people think. I realize more than ever that you can’t take anything with you. That most of the things we make mean something, don’t. The cars, the way we get our paychecks, if we eat gluten or don’t eat gluten, if we get our toes done, if we are five pounds heavier than we’d like, if we have acne scars, if we can cook or we eat beans every night- whatever. None of that shit matters.

I had a boyfriend, the one I always call the not-boyfriend boyfriend in my blogs, who used to say that as his mantra. None of that shit matters was his saying. I didn’t get it then. I obsessed on everything and he’d say that to me and I thought he was just being his usual self and trying to blow off my feelings. But he was right.

And it mattered in the sense that I was not writing and I believe that our gifts are meant to be shared. But it doesn’t matter in the way many of us think it matters. This is what I do what I do in my workshops and retreats. So I wanted to clarify my little silly video because it’s important to me that I am clear in who I am and what my intentions are.

Take what you want from my coffee talk chat. Seriously. I offer it in good fun but also maybe, to give you a glimmer of hope. Most of you didn’t know me then but I will tell you that you wouldn’t recognize me, so large was my unhappiness. Where am I now? It’s not on some mountaintop waving a flag going “I did it! I’m happy now!” It’s this: I’m not dead.

So I hope that if you are in a place in your life, or a job, where you feel stuck or miserable or like you want to crawl under the table and hide between the customer’s legs and eat the scraps off the floor just so you don’t have to face the world- I implore you to do something. I don’t know what that something is. Maybe it’s writing. Maybe it’s taking the goodest, hardest look at yourself you ever did take. Maybe it’s asking some uncomfortable questions and waiting for the answers. I don’t know. I did those things.

I love you guys. I would happily serve you if you came to my house. Coffee or wine or whatever you wanted. Hugs, xo jen

ps I hope to see you at a workshop or retreat soon. My schedule is crazy these days so I am most likely in a city near you.

The 12 Day Detox is here. Sign up now for the next cleanse on August 10th. Space is limited. This detox comes at just the perfect time. Reprogram your body and mind as we move into the new season of spring. This is your time of rejuvenation and renewal.This is not a juice fast, or a detox based on deprivation.

The One. Part One: Video.