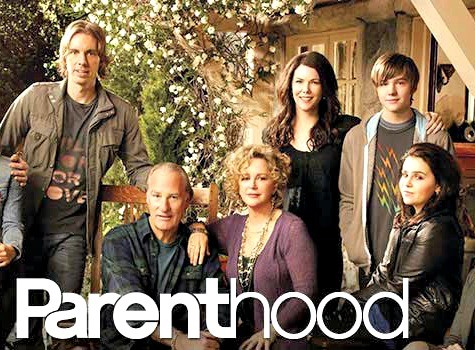 Earlier this week, like practically the entire East coast, we awaited the much-hyped soon-to-be storm of the century. By Tuesday morning, we understood much of the snowpocalypse-fearing East Coast received meager amounts, especially against promise of a centennial storm. It made me think about how we aren’t, as a society, geared up for real-time discoveries any longer. We’ve been lulled into the belief that we can and should know pretty much everything ahead of time, thank you every weather app on the planet that renders even the once-worldview-rocking Weather Channel quaint. We egg each other on while water and kale disappears from supermarket shelves. While waiting, we take photos of every empty shelf and flake of snow on our fully charged smart phones.

This mindset is sets the perfect stage for bingewatchers and spoiler alerts, given the fact that we have the chance to watch any show of great or little significance at any time at any pace. Like the kale craze, we can so instantly know locate fingers on the pulse of things and this ability shapes our shared perspective.

This past summer and early fall I fell down the rabbit hole of Weeds years after its fifteen minutes touching cultural zeitgeist. The way I got there was Orange is the New Black, which I tried to like—and failed. Made so anxious from the prison that I couldn’t appreciate the humor or tolerate the drama, I was instead propelled to the book and to Jenji Kohan—thus, Weeds. Once in Little Boxes’ suburbia, I got hooked. I couldn’t quit Mary Louise Parker’s endless flirtation with disaster.

Partway in, I asked a friend who’d watched the entire series whether I was making a mistake. “It’s really good, then it’s really bad and then somewhere in there she kind of steps up and you’re glad you hung in for that shift,” my friend explained. “There’s redemption, eventually.”

The deadline beyond which I could truly spoiler you has long past. My friend’s assessment was correct, although the ending never really mattered. Weeds was more about the ride than the outcome or the meaning—no takeaway message promised and none delivered. Perhaps that’s why for all that time I spent unable to stop watching Weeds’ eight seasons, and unable to stop thinking about Weeds during those weeks I watched—and watched—I haven’t given it more brain space since. Does that render it a negligible binge-watch?

In the midst of my personal Weeds’ obsession, the ballyhooed release of the Gilmore Girls’ oeuvre appeared on Netflix and my sixteen year-old-son, already a huge fan of Lauren Graham’s Sarah Braverman on Parenthood, dove in. No question that Gilmore Girls falls within the Venn diagram of his absolute sweet spot—he loves romanticized dramas about families and relationships and smart, fast dialogue. He reveres Friday Night Lights. His hall-of-fame perennial favorite is The West Wing. Thus, Gilmore Girls surmounted to a predetermined home run.

As it should have been—Gilmore Girls is one of those series that belongs in that realm reserved for cultural icons. How many young women would cite it as their adolescent go-to show? How many mothers and daughters were glued together to GG when their own adhesive to one another experienced the challenges of actual mother-daughter wear and tear? How many of us first hearted Melissa McCarthy in Stars Hollow? Even the Kim Gordon makes a stealth appearance for a little wow/cool factor cameo idea began there. Aaron Sorkin may have provided the initial incarnation of lightning speed dialogue on television. Amy Sherman-Palladino for sure gave him a run for his money, way before Shonda Rhimes took up the female fast talking television mantle.

The jumble of programs with cultural import and ones to watch-because-you-can-and-don’t-stop makes me curious about how cultural junk food, “mid-reputable” TV and stellar series meld into our cultural DNA going forward. For all its frothiness, what stuck from Weeds was the ‘O’ Mary Louise Parker makes around a straw. That masterful sip informed how loveable Lauren Graham, as both Lorelai Gilmore and Sarah Braverman seemed wielding straws.

In real time, my sixteen-year-old son and I got into the habit of curl up on Thursday nights to savor Parenthood’s final season. It finished its run last night—and we are sad. We’ve been sad all season long, because we didn’t want to say goodbye to the Braverman clan, and knew we would have to do so. It’s rare that a program can uphold this much sentimental tenderness and final season ribbon tying. Parenthood could because the characters’ complexities are so well established. Even the broadcast promise of family drama trifecta: wedding, birth, and death managed not to feel like stunts or to disappoint. The takeaway message stayed true to mission: families are bittersweet entourages; when things are hard, sometimes love holds you as you need and when things are happy you hurt at the notion they’d ever get sad again—and you’d lose the joy.

To watch together is new for us. Up until now, we each took in Parenthood on our own schedules and timetables. My son watched week-by-week; I tended to bank a few weeks and then bundle-view numerous installments over a few days. Although we discussed the show, he politely avoided letting spoilers slip. We were very twenty-first century about the whole thing.

For this extended swan song, though, we went old school. Although I’m the only one in a teary puddle by the end of each episode (he misted up by the finale’s end at least), we bonded over each development and mourned our goodbyes to characters we both adore. As anyone who’s ever raised teenagers knows, peaceful time bonding that you can count on is in itself a winning entity, reason enough to love the ritual.

Some might call Parenthood cultural junk food. Whatever—for us, it’s more like emotional-slash-relational superfood. The Braverman clan has afforded us opportunities to discuss families and romantic relationships, autism, aging, and career passions, adolescence and young adulthood comfortably and naturally. Conversations about emotions don’t come easily with him, so this was a pretty rare opportunity. Add to this the fact that the Braverman family, through ups and downs, yelling and screeching, comes through for its members in such strong ways. I really don’t care if that’s idealized; I want to endorse a message as simple as that’s something to strive for—for us. Far from the groovy Bay area, we have our own ups and downs, some big enough, some smaller, but at heart, equally knotted and tangled and well intentioned.

That real time viewership prompts gems like actual, rich conversation with your sixteen year-old-son is why I hope the phenomenon is here to stay, even in the age of abundant binge-ability. Like the purported snowstorm we dodged; for all the anticipation, ultimately, it’s refreshing to take it as it comes and watch the flakes cascade. Storm of the century or not, you can still eat your kale.

Sarah’s work has appeared in the NYT, Washington Post, Brain Child, Full Grown People, Dame and The Manifest-Station recently. She lives in Western Massachusetts, where the snow flies, and flies.

Becoming My Own Midwife. 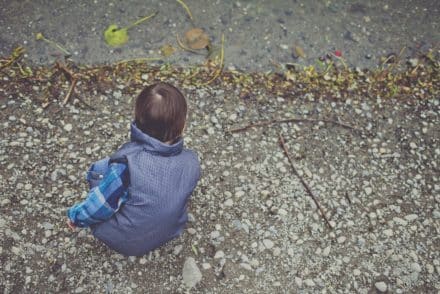 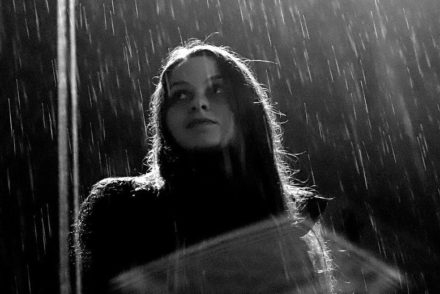 To the Woman Who Wants to Forgive Her Cheating Partner.