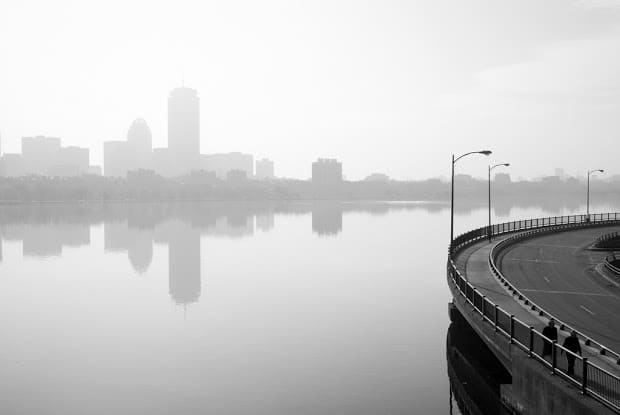 According to the subway map, the Red Line ends in Alewife. Until today, you’ve always gone in the opposite direction, riding from Harvard Square to Newbury Street, or Park Street, sometimes catching the Green Line to Copley or the Orange Line to Chinatown.

But today is January 8, 1995, and you are riding to Alewife.  It is your eighteenth birthday and the day of your first lesbian date. You woke up this morning with a fever, but Tylenol masks it now.  Your stomach feels heavy, like you are trying to digest stone. You are sick enough that you should have canceled, but how could you be sure that there would ever be another date?

Since you were seven, you’ve dreamed of someone rescuing you, of pulling you from a car wreck and carrying you into a different world, a world where you weren’t the designated reject. In the fantasies you were never yourself; you were a double-D woman with blonde ringlets and, not, of course, a dippy brunette with crooked teeth. Who would rescue you? Even now that you’ve grown into yourself a bit, now that your teeth are straight, your favorite song goes like this: If you don’t think I’m pretty/ I understand. Lately, you’ve been lonely because half your friends have left for college and the other half have paired off, rescued each other.

Your date is five years older than you and wears black leather.  She has a half-inch of hair which she peroxides. She works full time at a franchise bagel shop spreading strawberry cream cheese on banana walnut bagels for Harvard students. You’re not sure what she sees in you: high school girl with a ponytail, President of the National Honors Society.

She meets you at the terminus, which is nothing but an expanse of parking lots. It’s dark already, and frozen.  The trees are bare, gray in the streetlights. Your coat is open and the wind cuts through your shirt. She walks you to the bowling alley.  As a first date gesture, she buys you nachos, and you pick at them. She teases you about not liking orange cheese. You don’t say much; it embarrasses you to bowl, to wear the rented shoes and watch your ball veer towards the gutter.

On your second date, you walk across the Harvard Bridge which brings you to Allston, land of low rents and twenty-somethings, land of dog shit and unshoveled sidewalks. She lives on the third floor of a triplex with six other friends. The ground outside smells like onions. She makes you dinner, kisses you at the kitchen table, and asks if you’ll sleep over. You call your mom to tell her you won’t be coming home.  She knows the situation, but can’t find words to protest. She says: Oh, and Okay.

The door to her bedroom bears a sign made of construction paper; it says Grit City with a picture of a bat. A sheet divides the room in half. The other side belongs to another couple. She lights candles and you quietly make out beneath her sheets. The couple comes to bed while you’re awake. They mumble and bicker and laugh.

In the morning, some of the housemates are watching TV in the common space, smoking, wearing hipster morning hair.  Their smoke gets tangled in the sunlight, which is so bright that you can barely see what’s on the TV.  You sit on her lap in an armchair. The housemates don’t acknowledge you. She whispers in your ear, I love you. You blush and you’re wet. You know she’s not supposed to say that yet, but you like it.

You walk home across the bridge again, alone. Your body feels different, stretched and touched.

Things progress. You spend more and more time in Grit City. She writes you love letters but, in person, does not always like you. She resents the privileged class. She hates that you are college-bound, hates the way you sound when you talk to your friends on the phone, hates that you spend your weekdays in high school honors classes. It takes her long hours in Grit City to explain all of this in angry whispers.

An old friend visits her from out of town, stays with her, and you don’t see each other for a week.  When you reunite, she likes you again. Her hands are tender.  She wastes no time arguing, guides you to the sheets. She waits until you have finished kissing, touching, until you are lying on your side, breathing towards sleep to tell you something: the friend who was visiting slept in this bed. They snuggled. That’s all. She worried that you might find a stray hairclip, an unusual hair. She worried you’d be jealous. You’ve agreed to be monogamous, but Open.

You plan a trip to New York City, together, to visit Mike, one of your vanished college friends, a vegetarian who hasn’t cut his hair since he was twelve and who studies philosophy at the New School.

She comes a day later than you, so she can work an extra day and then ride the bus with Ling.  Ling is a Harvard student and Lesbian Avenger who your girlfriend knows from work.  She has a pretty blonde girlfriend but she doesn’t believe in monogamy. She’s told your girlfriend this when they’ve been alone together, and drunk, and because of Openness, she’s passed this on to you.

They meet you at the Cube in Astor Square, where skaters skate, where dealers deal, where people in the know hook up. You felt cool for once, saying it into the phone before your girlfriend left Boston. We’ll meet you at The Cube. But now they’re late. You and Mike have stood there watching skaters, have absorbed the ambience of cold and concrete and now you are trying not to look at your watch.  When they show up, finally, they are holding hands and laughing. They’ve been sharing whiskey from Ling’s silver flask. Ling sizes you up, and reports: Your girlfriend’s pissed. She takes off. She has other places to be.

Nice meeting you, says Mike, and he holds your hand protectively. His hand is meaty and sweaty. It always is. You squeeze it.

The three of you have no money and no plans and so you walk.  You walk until the city ends. Along the pier, one of the boats is alive, lit up and rocking. It’s a party, so you crash it. There must be some occasion: twenty-somethings dressed party professional—in a pinch, they could be added to the cast of Friends.  It is clear you don’t belong, two dykes and a hippie, but they are drunk and so they welcome you, they dance with you, they allow you to order drinks from the open bar.

You leave Mike behind to step outside for air and you are the only ones on deck. She leans you against the guardrail, grinds into you, puts her hand up your shirt. Your navel is bare. A March wind blows. The air is wet with rain maybe or moisture from the bay. You might forgive her, the whole Ling thing, and Openness, if she would follow through right now, if she would go all the way inside of you, if she could possibly want you that much, enough to take you in the freezing wind, to push you against metal and concrete. But she doesn’t. She puts her hands in her pockets. She tells you she’s cold, all matter-of-fact, while you wipe the hair from your face, breathe, and try to match her nonchalance.

Inside, Mike flirts with the drunk professionals, and they flirt back, though everyone knows it won’t go anywhere.

Later, as you share a single bed in Mike’s dorm room, you will lie on your side, raw with loneliness. She will touch you. You won’t want her to—here, it’s too convenient.  The boat was where it mattered. But you will let her, of course; you will always let her, quiet with sadness and gratitude, because always, above all, you want to be wanted.

In the morning, when you and Mike go to coffee, you will leave her behind to sleep, and he will let you know that he heard your every breath. You will imagine him in his bed, in the dark, lying awake, listening, trapped for those moments as if he too were in your body, sharing all your desperate hunger, a pain you wouldn’t wish on anyone.

Jennifer Berney lives in Olympia, Washington with her wife, two sons, and a crew of dogs, chickens, and honeybees.   She is currently working on a memoir that chronicles her years-long quest to conceive a child. She is a contributing blogger for Brain, Child, and her work has also appeared in Mutha Magazine and on the Brevity blog. You can connect with her on Twitter, or on her personal blog, Goodnight Already. 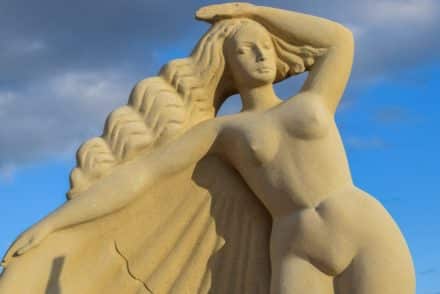 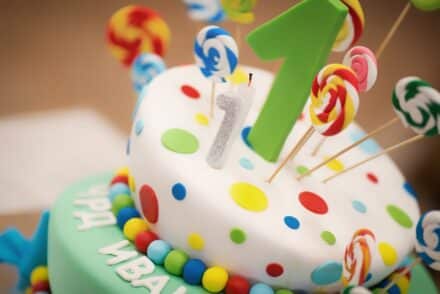 Saving Your Family, One (Complicated) Recipe at a Time 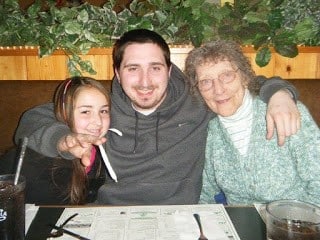