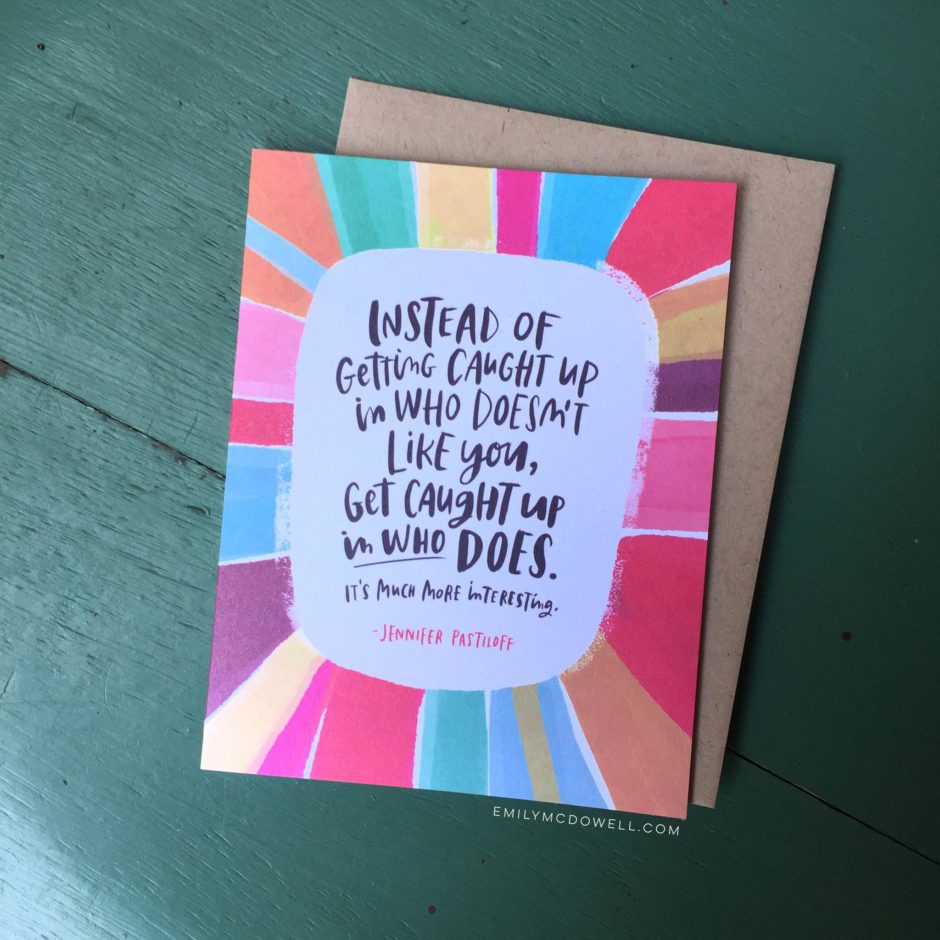 My purse is heavy. In it I store things I don’t need, like Mardi Gras beads my best friend J gave me on the trip to New Orleans where I met him. I also have notes he passed me. Jokes. A music list for a flight he knew I would be solo on – songs by Feist, Grizzly Bear, and Portugal, the Man. I’m afraid to fly, or I used to be until I learned to be in the moment. He was my best friend, until I guess he wasn’t. Maybe friendships have a shelf life.

I have a few people that I call best friend, but if things fell apart he is the one I’d call. Or was. We travelled together a lot. We stayed up so many nights tipsy and chatting about our favorite bands. I’d try to find a new favorite band that he didn’t know about yet. He always knew about them first. Sometimes when I’d get bored I’d grab for his glasses to wear them for a while. I think we were too arrogant that we had it all figured out. We thought it was ridiculous that a man and a woman couldn’t be best friends. Maybe they can’t be.

Our friendship was one of those where people often thought we were siblings. I could look at him and know what he was thinking. We could communicate without words. Special telepathy. We’d always look for a restaurant to get crème brulee. It was our favorite desert. We’d check each menu to see if they had absinthe. It was something we always wanted to try. We never did. I don’t drink alcohol anymore.

He’d go from one long term relationship to the next. I have a horrible dating track record. Mostly because I frequently date men who treat me like shit. They could basically be interchangeable. It’s amazing how many different people can call you insignificant, dumb, or unworthy in so many different ways. He was always there to tell me that those words were the furthest thing from being true. I always wanted to find the perfect significant other that I could double date with. Maybe there’s only so many times you can see someone fuck up their social life before you can’t watch it anymore.

Chbosky had in his book – “We accept the love we think we deserve.” I don’t know what I deserve. I stopped dating to work on this. He always got my texts of uncertainty when a guy wouldn’t call me back. “Decode this for me,” I’d plea. He’d place me right back into sanity.

I went on a few dates with a friend of his. It was a set up, but I think it was a nicety for a friend who spends a lot of time in the hospital. His friend came over to play guitar while I played ukulele. I had his friend on my bed playing music but nothing happened. I didn’t know how to make a move. I hadn’t even been kissed yet even though I was twenty-three. A lot has changed since then. His friend had me listen to “Lua”. I identified with it too much… “me I’m not a gamble, you can count on me to split.” It wasn’t me this time that split.

I remember the first guy I said I love you to. It was over email. We had had a four year long friendship where I endured many critical health issues. He was by my side every step of the way and helped me mentally with a lot of scary things that happened. When I wasn’t in the hospital I’d take him to college parties or see him play at a local coffee house. During this time he was in and out of relationships and would complain about how unsatisfying they were. He would go so far as to say “they do ___, why can’t they be more like you?” Here I was perfectly single. I could be me, so why wouldn’t I be his perfect choice? I was 20, fresh out of college, and I remember receiving a series of texts complaining about his girlfriend of the moment. I sent him an email telling him that I had been in love with him for years, I could no longer be the person he complained to, and that things were over. He replied asking if he could have some time to think about it. I responded with “no, I love you. Please be kind and never contact me again.” Years before he had told me that unless I became less cynical, no one would ever love me. Maybe I turned it into a self-fulfilling prophecy. My friends will tell me they love me. Sometimes I’ll smile. I never told my best friend that I loved him as a friend. Maybe I should have. Would it have made a difference? I think I took away the wrong lesson from my youth.

My best friend was there for me when I was hospitalized. He’d curl up in bed next to me. Even when boyfriends weren’t there, he always would be. I vaguely remember one hospital stay where it wasn’t certain if I would make it out of the hospital. He showed up wearing a slouchy sweater and somehow that seemed incredibly comforting to me – just him standing in the door frame with his posture signifying utter defeat. He had to compose himself because he had been crying on the drive in to see me. This was years ago.

I liked his new girlfriend almost immediately. She had beautiful dark hair and kind eyes. I wanted to be her friend. I had no choice but to befriend her. I couldn’t lose my friend. His last girlfriend didn’t trust me. It didn’t help that he had lied to her repeatedly on the phone to say he was too busy at conferences to talk to her when he was really grabbing beers with me. I wouldn’t allow him to do that this time. During that time he would drunk text me that he missed me. I told him this had to stop. My friend stopped drinking until he blacked out. He quit smoking too. I missed the outside walks we took when he’d go to light up. I’d have to keep a considerable distance from him as my asthmatic lungs couldn’t breathe in the smoke. The faint scent would linger on his clothes and I’d want to breathe that in. Then came the day that he quit me.

He’d have these painful panic attacks and I would be the only one that could be able to calm him down. I was his own human Xanax. If we were at a conference, we would go to one of our hotel rooms and lay across the bed listening to Fiona Apple. “Be kind to me or treat me mean. I’ll make the most of it, I’m an extraordinary machine,” played out from his iPod. It was always platonic. No lines or boundaries were ever crossed.

The girlfriend sent a message inviting me to their going away party. This took me by shock. Where were they going and why did I know nothing about this? They were set to move hours away to a completely different state and I had no idea. I wonder if she had any inkling that his and my friendship had changed in profound ways. Maybe this was the slow distance that he needed to be alright with moving away from all of his friends and family. I had tried for days to contact him when I was extremely ill and in the hospital. I could see the “message received” note and it broke my heart in small fragments. I gave up on what I was unsure of how to fix. He responded a week well after the fact – “oh yeah, I had saw something about that”. I just needed my best friend to talk to and joke around with like we always had. I sent him a message saying “you know you’re being a really crappy friend.” That was the last text message I sent to him directly other than to congratulate him on his engagement a few months later. He never sent a reply to either. I never attended the party.

He’s getting married now. They got engaged shortly after moving. I don’t know what the ring looks like. I bet he picked out something really beautiful and unique. I don’t know when they’re getting married. I don’t think I’ll be invited. When I wished them both congratulations, she sent back “thank you.” I still believe she may have no clue I am no longer his friend. My mom told me of the engagement. I couldn’t see it on Facebook. I hear they’re wasting no time and will be getting married soon. I hope he’s happy. I hope he gets everything he wanted from life. My birthday came and went and I heard nothing from him. That’s when I knew things were really over. Maybe there is a shelf life. Maybe the chapter of our friendship has now closed. I should probably empty out my purse. The weight of it all is far too heavy.

Sami Jankins is a MFA student in Screenwriting at UC-Riverside at Palm Desert. She is a contributor to The Good Men Project and writes a blog called Chronicles of Cheerful Clotter for HemAware Magazine. Sami is also a co-producer for the documentary Invisible: The Film, which focuses on individuals living with chronic pain and invisible illness. She has served on the Board of Directors for the National Hemophilia Foundation, spent time as a Senatorial intern, and was Miss Wisconsin for the ANTSO program. In addition, she has had articles published in I.G. Living Magazine, The Glow (Australia), Ravishly, and Elephant Journal. Her interests include ukuleles and sloths. 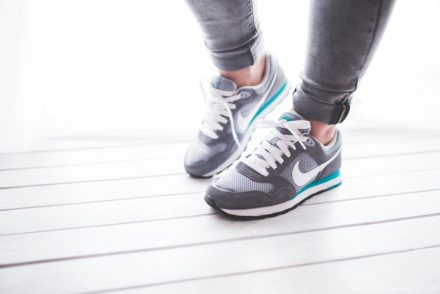 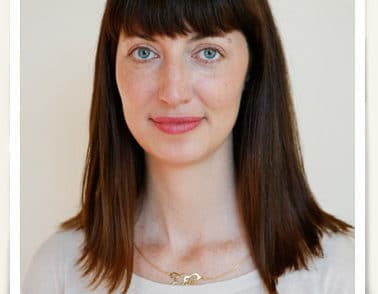