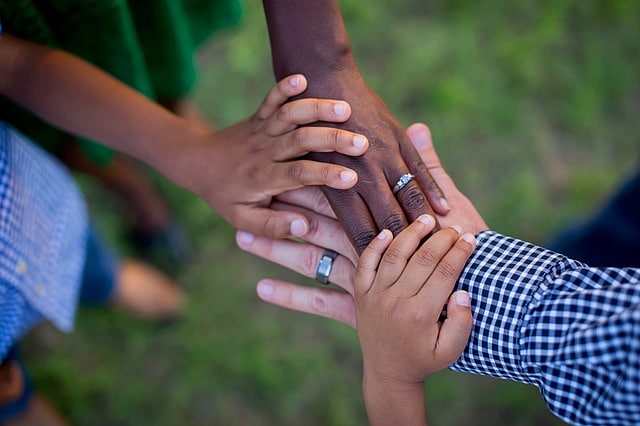 Our story is not the Loving story. It is a tale of interracial love and marriage—like the story of Richard and Mildred Loving, whose journey was beautifully and poignantly represented in the 2016 Jeff Nichols film Loving— and yet, it’s so very different. Fifty years ago, the Lovings took on the state of Virginia’s ban on interracial marriage in a landmark Supreme Court case, and on June 12, 1967, they won, hammering the final nail in the coffin of state prohibitions on interracial marriage. The Lovings were relatively similar in terms of background, including aspects of class, region, and language. The only thing that separated them was race. This is not to minimize the huge significance of racial difference, particularly in the 1950s South, but only to emphasize that in terms of other aspects of their identity, they were actually quite compatible with each other. One of the main messages I took away from the Loving movie was the gulf between the huge significance of race from a legal and social perspective, and its insignificance in the daily life of the Lovings. This story was not about a couple who set out to challenge a racist law, or even to take a stand on racial equality, at least not at first; rather it was about a man and woman in love, trying to do what was best for their family.

I am a white American woman married to a black Cuban man, and we have a mixed-race son. Despite the surface similarities between our story and that of the Lovings, especially as seen from an outsider’s perspective, I have always perceived our biggest divisions as related not to race, but rather to culture and class. Of course, our story began 50 years after the Lovings’ did. Our country and world are still grappling with the effects of over 500 years of white supremacy and domination over non-whites all over the globe, so I want to be clear that I vehemently reject the notion of a “post-racial” America in the wake of President Obama’s two terms as president. This is to say nothing of the disgusting resurgence of public and explicit acts of racial hatred and violence since Trump began his presidential campaign; of course, racism has never gone away, it just took a more private and “micro-aggressive” form before Trump made it popular again in the form of dogwhistles and removed its stigma.

Still, things are not the same as they were in the 1950s. Black men are no longer lynched for looking “the wrong way” at a white woman, as Emmett Till was. Legal racial segregation is no longer a reality, even if de facto social, educational, and residential segregation are all still major factors affecting the wealth gap between blacks and whites. And, interracial marriage undoubtedly enjoys more societal acceptance: the Pew Research Center recently released a study indicating that 17% of marriages in 2015 were interracial, as compared with just 3% in 1967.

Add in the fact that my family and I live in the ultra-progressive and racially diverse city of Oakland, CA, where our interracial, intercultural, bilingual family isn’t that extraordinary. We’re not alone and we don’t get strange looks on the street. Our son has a diverse group of friends, many of whose parents are also in interracial, intercultural, and/or same-sex marriages. Again, this is not to claim that race doesn’t matter: I know my perspectives are colored by the fact that I move through the world with white privilege, and I am sure my husband hasn’t told me about every instance of racism or micro-aggression he has faced here in the U.S. I should also note that, while I never feared that my parents wouldn’t accept our union, I know my husband had some trepidation about it. Although it pains me to say this, this difference in expectations mirrors one of the first scenes in Jordan Peele’s incredible social satire Get Out, where Chris asks Rose if she’s told her parents he’s black, and she claims that she hasn’t because she knows it won’t matter. Although the situation is not the same—my parents had seen pictures of my husband before they met him—I was confident in their acceptance, while his experiences of anti-black discrimination made him justifiably wary about it.

Notwithstanding our different lived experiences of race, I’ve always felt that other differences present greater interpersonal challenges for me and my husband, namely culturally-specific expectations with regards to gender roles, child-rearing, and ways of dealing with conflict. Interracial relationships between Americans and Cubans—and, for that matter, between Americans and most people from “developing” nations—are wrought with so many complexities in addition to racial difference. Particularly in the Latin American context, U.S. imperialism and interference loom large, and this is multiplied a thousand times over when speaking about U.S.-Cuba relations. Occasionally when my husband and I fight, he invokes the anti-imperialist rhetoric that Fidel Castro inculcated in all Cubans during his 47-year reign, painting me as a domineering American imposing my desires onto a weaker victim. Sometimes our racial difference is alluded to, but more present in his mind, at least on the level of explicit communication, are the class divisions—“poor Cuban” vs. “rich American.” While he tends to focus on our class differences, I am often triggered by his assumptions about gender roles and heteronormativity, an issue that can be particularly contentious when it comes to raising a boy.

In the best moments, we stare at the beautiful product of our union and feel proud of bringing this amazing bilingual boy into the world. When I was pregnant, my grandma said that she couldn’t wait to meet her “coffee with milk” great-grandchild. She felt that my husband and I were changing the world simply by the fact of our union. It’s a beautiful sentiment that I appreciated, even though I know interracial babies can’t solve racism or put an end to the enormous privilege white people enjoy in this country (read Lauren Michele Jackson’s excellent piece). I’m not interested in claiming that mothering a mixed-race child or marrying a black man exempts me from charges of racism. As a beneficiary of white privilege, I have blind spots and still fuck up.

Nevertheless, I can’t help but juxtapose my grandma’s perspective with a particular scene in Loving, where the couple’s lawyers reveal to them that the primary argument being used by the state of Virginia to uphold its anti-miscegenation law is to prevent the birth of mixed-race children, considered “bastards” and genetically flawed. In contrast to this ideology, we proudly teach our son that he is mulato, the Spanish word for someone of European and African mixed-race heritage. While the English equivalent of the term, “mulatto,” is still thought of as a derogatory and deeply problematic term in the United States—for a divergent perspective, see Mat Johnson’s essay reclaiming the term—in Cuba and many parts of Latin America, it is a neutral term devoid of value judgement and an official racial categorization.

In fact, all over Latin America racial mixture has not only been officially recognized since the nineteenth century, but is the bedrock of nationalist ideologies: most nations identify themselves as mixed-race populaces. Due largely to the legacy of the “one-drop” rule and Jim Crow laws, the United States is at least a century behind Latin America in its recognition of mixed race ancestry. The black-white binary and continued belief in some circles that race is a biological fact has led to widespread stereotypes painting mixed-race people as walking identity crises. And yet, this way of conceiving of racial mixture is unique to the United States (and perhaps South Africa); miscegenation is so much more normalized outside of the United States and Europe. Again, I must qualify that I’m not suggesting there is no racism or colorism in Cuba and Latin America; on the contrary, mixed-race and black people suffer from explicit discrimination and implicit bias just as in the U.S., and the darker one’s skin is, the greater the correlation is with poverty and other aspects of structural racism. I could write a whole other essay detailing the distinct forms of anti-blackness I’ve heard expressed in Cuba, and yet, it is still a vastly more integrated society than the U.S.

I struggle with the potential perception of anti-blackness that identifying my son as mulato (or “mixed-race”) instead of “black” may present here in the U.S. On the other hand, doing so would erase the cultural specificity of racial categories in Cuba. Quite simply, my son would never be identified as black by his father or in Cuba. Ultimately, it will be up to him to decide how to identify himself, and unless it’s to claim he’s white, I have no skin in the game.

Our son is getting an early education in the reality of cultural difference. We teach him in ways we are often not aware of about the good and the bad, the love and laughter despite all the differences, and the fights and misunderstandings that mostly arise because of distinct expectations. Parenting guides often stress the importance of partners being on the same page, presenting a consistent and united front in their expectations of children. I won’t lie—my husband and I struggle with this, and our lack of agreement on certain things is surely apparent to our son.

I have learned to embrace some of our differences, and to question my knee-jerk assumptions that my way is always the right way—like the fact that “spending time with your child” may not always mean taking them to the park or a kid-friendly place, but rather having them assist you with a construction project. The only thing I can hope for is that the complex cultural dynamics of our family will provide him with tools to navigate the world, and to acknowledge and respect cultural difference rather than pretending it doesn’t exist, as the “we’re all just humans” statement suggests. The most valuable thing about interracial marriage for our larger society is not that it is, in itself, the key to ending racism and white privilege, but rather that interracial couples come face to face, more than couples of the same race, with our deepest assumptions and biases on a daily basis. My marriage is a bubbling cauldron of identity politics, and maybe that’s not a bad thing.

Rebecca Bodenheimer is a freelance writer and scholar who has published widely in print and online outlets. Her recent writing focuses on pop culture critique – film, TV, and music – in relation to gender, race, and identity politics more broadly. She can be found online at mbodenheimer.com. 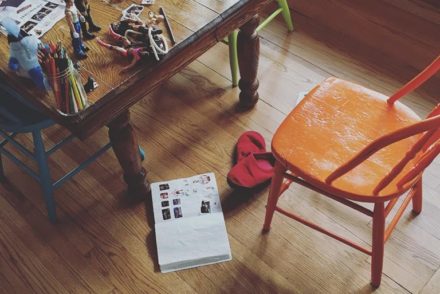