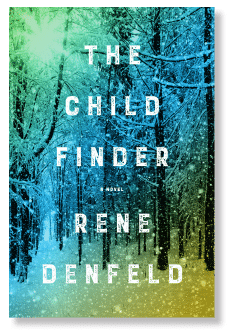 Hi, Angela here. Because of the amount and variety of books I read, I get asked all the time for book recommendations. I love talking about books and thought it would be nice to make book recommendations a more regular part of the site, hence “Books I Will Read Again.” When I finish a book, I do one of three things with it: donate it to a local book drive, pass it along to a friend, or keep it on my bookshelf to reference and read again. This space will be filled by books I keep. I hope you like this new feature, and I hope you like Rene’s book.

The Child Finder is out today, buy it here, or at your favorite independent bookseller.

I met Rene Denfeld in early 2015. She had an essay about suicide published on the site and I reached out to her to thank her for addressing a subject that is close to me. We exchanged a few emails and established a connection. Then I read The Enchanted and became a fangirl. Then I learned more details about her social justice work and I was in awe. Rene is a force, on paper and in the world, and when I was offered the opportunity to read The Child Finder, I didn’t hesitate.

The Child Finder is about Naomi Cottle, an investigator that specializes in finding missing children. It is also about a young girl that has been missing for three years, Madison Culver. As we move through the book, with Naomi working to uncover what happened on that day three years ago, Madison’s young, voice gives us details that are unnerving. The interplay between these two crucially linked narrators is masterful, and it is with the voice of Madison that Rene’s lyric writing is in full force. There are other stories in the book, a missing baby, Naomi’s own past, and they are not there to fill space, rather they work to further the idea that resolution matters, holding out hope for the future matters, that every person has a story worth hearing. The Child Finder is also about Rene, and her experiences as an investigator and foster parent inform much of the novel, and there were points where I felt like I was listening to her own story rather than a character’s and that was just fine. The book is dark, it has some hard to read moments, but it is good. Very good.

I asked Rene what she wanted people to understand about her as a person after reading The Child Finder. Her response:

“As far as what I want them to understand about me, it would be that I wear my heart on my sleeve. I believe there is always a way out, even when we feel trapped in the worst despair. I believe in the joy that can be found in struggle. I believe that life is full of magic and poetry, and innocence is something we can keep our entire lives, no matter what has happened to us. I want them to know me as a person, not just a writer. I want them to know I am telling them the truth about life, survival, and saving ourselves and each other, because I have walked that path myself and found redemption.“

Excerpt from The Child Finder:

“I’d like to see her room,” Naomi said after a bit, putting her coffee down.

The mother led her through the house while the father stayed in the living room. The kitchen looked sterile. An old-fashioned cookie jar sat collecting dust on its rim: the fat belly said Grandma’s Cookies. Naomi wondered the last time grandma had visited.

“My husband thinks I should go back to work,” the mother said.

“I can’t,” the mother said, and Naomi understood. You can’t leave your house if at any moment your child might come home.

The door opened to a room of perfect sadness. There was a twin bed, covered with a Disney quilt. A series of pictures on the wall: ducks flying. MADISON’S ROOM read the appliqué letters above the bed. There was a small bookshelf and a larger desk, covered with a mess of pens and markers.

Above the desk was a reading chart from her kindergarten teacher. SUPER READER, it said. There was a gold star for every book Madison had read that fall before she went missing.

The smell was of dust and staleness—the smell of a room that had not been occupied for years.

Naomi stepped next to the desk. Madison had been drawing. Naomi could imagine her getting up from the drawing, bolting out to the car while her dad called impatiently.

It was a picture of a Christmas tree, covered with heavy red globes. A group stood next to it: a mom and dad with a little girl and a dog. MY FAMILY, the caption announced. It was the typical little kid drawing, with large heads and stick figures. Naomi had seen dozens of these in similar bedrooms. Each time it felt like a stab wound to her heart.

She picked up a large-ruled writing journal off the desk, thumbing through the clumsy but exuberant entries, decorated with crayon illustrations.

“She was a good writer for her age,” Naomi remarked. Most five-year-olds could barely scribble.

Naomi went to the open closet. Inside was an array of colorful sweaters and well-washed cotton dresses. Madison liked bright colors, she could see. Naomi fingered the cuff of one of the sweaters, and then another. She frowned.

“These are all frayed,” she noted.

“She would pick at them—all of them. Unravel the threads,” the mom said. “I was always trying to get her to stop.”

“I don’t know anymore. I would do anything—“

“You know she is most likely dead,” Naomi said, softly. She had found it was better just to say it. Especially when so much time had passed.

The two women faced each other. They were close to the same age, but Naomi had the bloom of health on her cheeks, while the mom looked drawn with fear.

“Someone took her,” the mother said, firmly.

“If they did take her, and we find her, she won’t come back the same. You have to know that now,” Naomi said.

The woman’s lips trembled. “How will she come back?”

Naomi stepped forward. She came close enough that they almost touched. There was something magnificent in her gaze.

“She will come back needing you.” 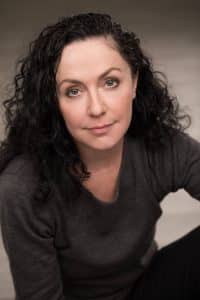 Rene is the author of the acclaimed novels The Child Finder and The Enchanted, as well as essays in publications such as the New York Times. Devoted to helping others, Rene works with sex trafficking victims and innocents in prison. Rene was the Chief Investigator at a public defender’s office and has worked hundreds of cases. In addition to her advocacy work, Rene has been a foster adoptive parent for twenty years. She will be awarded the Break The Silence Award at the 24th Annual Knock Out Abuse Gala in Washington, DC on November 2, 2017, in recognition for her advocacy and social justice work. She tweets as @ReneDenfeld and can be followed on FaceBook. For information about readings and signings go to her site, www.renedenfeld.com. 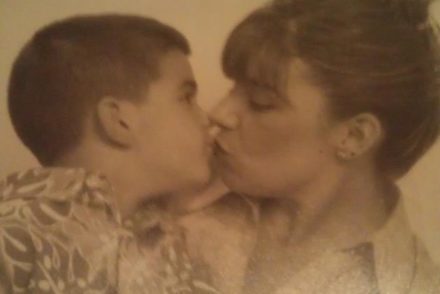