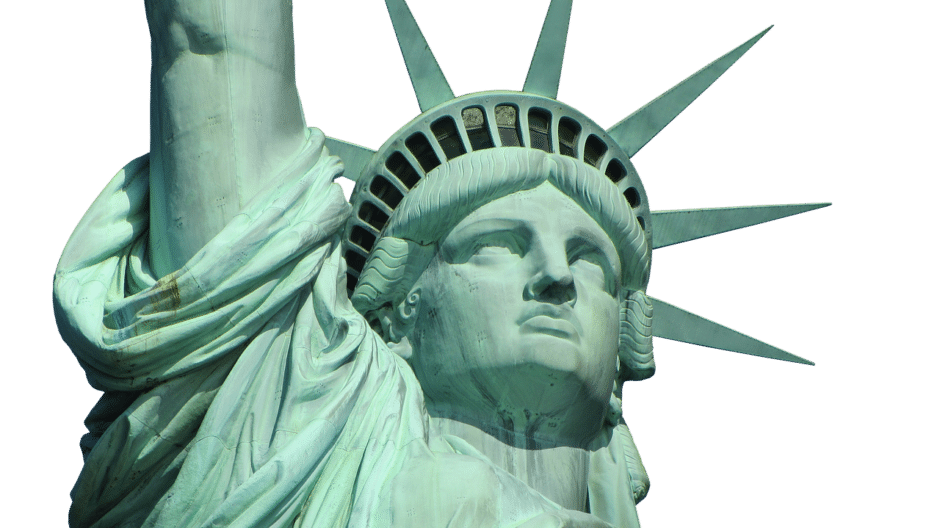 On the 4th of July, I watched in awe and admiration as Therese Patricia Okoumou scaled the base of the Statue of Liberty. I love how she was taking such visible, breathtaking action to protest the Trump administration’s cruel immigration policies, how she was using her body to take a literal stand—not just a stand, but a climb, elevating herself the way Lady Liberty elevates her torch, turning herself into a beacon. The fact that she is an immigrant from the Democratic Republic of Congo makes the action all the more moving, all the more meaningful.

I have a special connection to Lady Liberty, myself, albeit a less spectacular one. In 1986, when I was 18, my essay on the meaning of liberty was installed in the Centennial time capsule of the Statue. I was one of six teenagers—three American, three French—to receive this honor via an essay contest sponsored by the United States Information Agency, the propaganda arm of the US government. The six of us were flown to Washington, DC, where we met famous journalists and a former Supreme Court Justice, and got to tour the White House. Ronald Reagan wasn’t there, but we did get to meet his press secretary and have our pictures taken at the podium in the White House Press Room. I was pretty naive at 18—I remember asking the secretary “Do you ever keep anything from the American people?” and he laughed and said “Of course”; I remember the chills that traveled through me when I realized, for the first time in my life, that our government is not as transparent as I had assumed.

I was an idealistic teenager, and the essay that was going to be installed in the time capsule after we were flown to New York and stood under Lady Liberty’s giant sandals, was an idealistic one. It was about the liberty of the human imagination and spirit, how even when we are imprisoned, our imagination and spirits remain free, unvanquished. While l still wholeheartedly believe in the power of our inner worlds, I now can see the inherent privilege in my thesis—I hadn’t known as a teenager that not everyone is given the tools to trust or develop the imagination; not everyone has access to books and education and museums and the like that enrich the imagination; I hadn’t yet realized how lucky I was to have been given these things in my own life. Even so, I certainly didn’t have the imagination to foresee that thirty plus years later, migrant children were going to be imprisoned by our own government.

Now that title feels more urgent than I ever could have imagined it would, and even though I do what I can by marching, by writing, by calling my reps and signing petitions, by having hard conversations, by creating space for other voices via my literary journal dedicated to freedom of voice and body, Lady/Liberty/Li, I am forever feeling like I’m not doing enough to live up to this stewardship, not doing enough to use my privilege well. I often return to “The New Colossus”—Emma Lazarus’ poem written prior to the construction of Lady Liberty but added to the statue’s pedestal in 1903—to fortify myself, to remind myself to turn the “imprisoned lightning” of my rage and love into more of a torch. I love how Emma Lazarus walked her own talk, loved how, like Lady Liberty, she was truly a “Mother of Exiles”, using much of her time to advocate for Ashkenazi Jewish refugees.

I am the granddaughter of Ashkenazi Jewish refugees. Three of them fled pogroms in Russia (and the fourth grandparent was the daughter of Russian Jewish refugees doing the same). One of my grandfathers was undocumented when he entered the country and never became a US citizen—when my grandmother married him, she lost her US citizenship as a result of the Expatriation Act (although her citizenship was restored by the Nationality Act in 1941, when my mother was one and a half). All of my grandparents, except my dad’s mother, died before I was born, and the grandmother I did know died when I was six, so I never had the chance to talk with them about their refugee experience, never heard what it had felt like to flee persecution, or how it felt to live with memories of that trauma in a new land. I need to use research and my imagination to even begin to envision that mix of terror and confusion and hope.

Imagination can be so much more than the tool of personal freedom I wrote about when I was 18—it can be a powerful way to develop compassion, compassion that can inspire us to work to free others. At a recent Families Belong Together march, my eight year old son complained about the heat, and it was a great chance to talk about how families have been walking for days under the desert sun, walking toward what they hope will be a better life only to be detained, to be separated. He realized a couple of sweaty hours was a small price to pay to stand up on behalf of other families.

When the time capsule of the Statue of Liberty is opened in 2086, I truly hope my essay won’t be given much attention. I hope whoever is assembled will shake their heads over the fact that only white voices were chosen by the United States Information Agency. I hope history will pay much more attention to Therese Patricia Okoumou scaling the Statue of Liberty with such power and conviction. I hope history will pay more attention to groups like RAICES that are helping to represent children who have been separated from their families at the border, groups like the ACLU that are working tirelessly to counter our administration’s attacks on marginalized people, as well as brave, committed individuals—often women of color—who are interpreting and advocating for the migrants who have been detained, and speaking truth to power, and taking creative direct action, like Okoumou’s—they are helping to remove blinders from our country’s eyes so we can see, truly see, our problematic history and the work that still needs to be done. They are the real stewards of liberty.

Gayle Brandeis is the author, most recently, of The Art of Misdiagnosis: Surviving My Mother’s Suicide. More information about her poetry and prose can be found on her website. 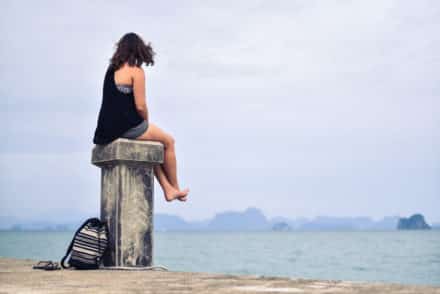 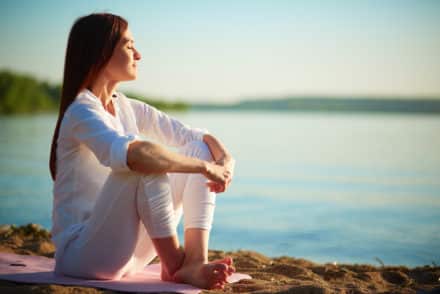 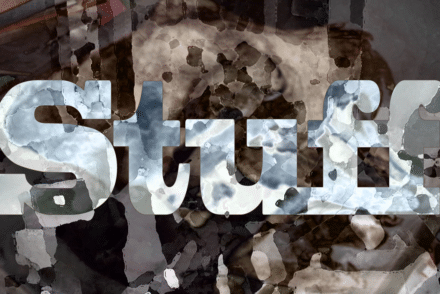