The Pleasure Is Mine 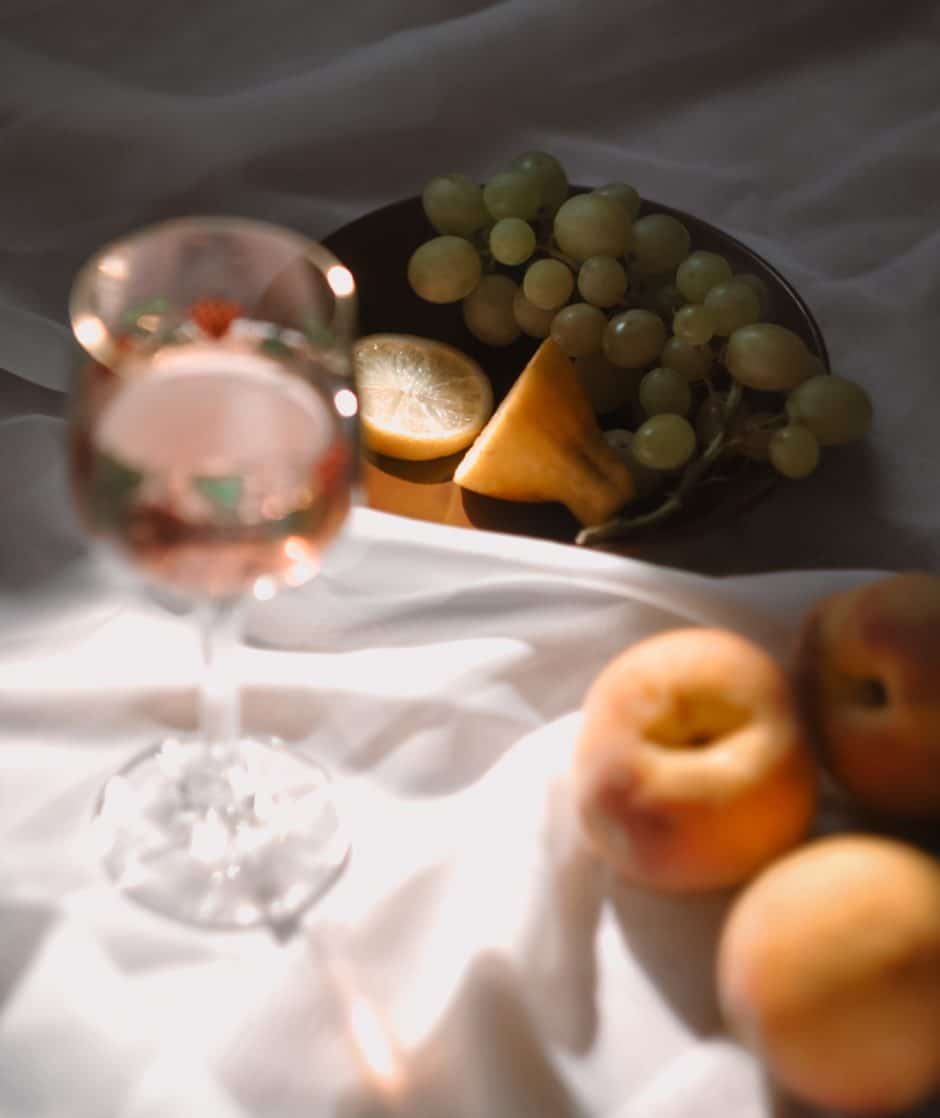 By Sandra A. Miller

It was the summer of my 29th year, a few months ticking down to thirty, when I left my Swedish fiancé. Blue-eyed, fetching, and fluent in five languages, he looked great on paper—and in an Armani suit—but my heart knew better and needed to be free.

After years of indecision, I moved out of our marble-floored apartment in a cushy European banking capital and flew to Boston where I had one friend and no job. I was in recovery from responsible, from a too-soon engagement to the wrong man and a life that left me in a perpetual state of longing for something bigger than a healthy retirement account. Standing alone on the cusp of thirty, I realized that I had plunged headfirst into adulthood and acquisition and had lost pieces of myself in the process. I had to rescue that creative young woman before she was gone, and then I needed to resuscitate her.

I took a cheap studio sublet on the still-ungentrified edge of Boston’s South End. I bought a rusty orange Toyota with a broken muffler as if needing to be loud. Then, after considering expenses and counting my meager savings, I gambled it all for the sake of my soul. I gave myself two months off from being a grown-up—a summer of pure and unapologetic pleasure.

Boston sweltered that July, and I only had a lazy ceiling fan to stir the heat of my apartment. I could lie in bed and smell summer in the city—street tar and Thai basil plants that I set outside my window on the fire escape. After years of living in a country known for rule abiding and wealth, those smells brought me back to my girlhood growing up in a factory town with a farmer father and gardens tucked into every sunny spot. I spent my days writing stories, reading novels, discovering Boston’s gritty urban corners where flowers bloomed like art from the pavement, and the graffitied walls of the subway told bold-colored stories of ugliness, outrage, and passion.

Passion. Everything whispered to me of passion that summer, and when, I met Chris, a wannabe writer six years my junior, my lust for him—my novecito—summoned my tired libido back to life. Rail-thin with a shock of blonde hair that smelled sweet and clean like baby shampoo, Chris would come by a few nights a week with a bottle of wine, sometimes take-out, often a single rose plucked from a nearby shrub. We spent our time savoring that all-night-into-morning brand of lovemaking that I needed, like a lifer in a prison craves touch. We would trace each other’s bodies with ice cubes, slow jazz on continual loop playing to a persistent hunger circling inside, a pas de deux of body and spirit. Late at night when the heat kept us from sleep, we’d stagger across the street to the Middle Eastern market for Popsicles and little packets of Sominex. Then when Chris stumbled off to work the next day, I would sleep for hours more, lazing in the morning sunlight before starting my day at noon.

On Sundays I might stroll around the corner to Wally’s Café where old black men who once played with the likes of Charlie Parker would jam with longhaired white kids from Berklee College of Music, just down Mass Ave. As other guys wandered in off the street with a saxophone or trumpet, they would be called to sit in on a set. From a rickety table in the corner, I would watch them disappear into a song, their heads nodding the beat, their faces reflecting the rhythm of a beautiful riff. Once a big, graceful black woman in a flowered red dress got called up on stage and sang “I’d Rather Go Blind.” Eyes lifted, arms raised like an angel imploring the gods of love, she put that room under a spell that not one of us could resist.

That summer was an experiment in surrender, to music, to pleasure, to love, to food, the kind I hadn’t eaten in ages: bagels slathered with cream cheese for breakfast; for dinner, a greasy slice of pizza from the shop around the corner. It was too steamy to cook, or maybe that was my excuse. I’d spent five years fussing with European measurements, preparing dishes that tasted just fine, but never like home. So, I ate out when I felt like it, giving in to cravings, savoring a fullness I’d been denying myself for a decade. Sometimes, I’d go a day on coffee and dark chocolate, then late in the evening I’d call my friend Lisa for a stroll through the South End to Deluxe Café. We’d drink salt-rimmed margaritas and play Scrabble until we were slouched across the bar, half asleep but still bickering over the spelling of some word that one of us had maybe concocted.

On scorching August afternoons, I might coax my neighbor Paul, a gay guy who worked from home, to come with me to Walden Pond in Concord. We’d waste the afternoon with our books and a thermos of gin and tonics. Once we stayed until the park closed at 8 p.m., hiding in the depths of Thoreau’s woods as the guard who cased the pond had passed by, deeming the place empty. When it was as quiet and dark as No Man’s Land, we swam naked in the cool, deep water, the best respite we could find from that clinging heat. Another time we swam the entire width, laughing so hard we almost drowned midway. We got to the other side without our clothes and the worrisome realization that we likely would not survive the swim back. So, naked, we circled back on foot through the woods, mosquitoes feasting on us as we slapped our bodies and howled into the darkness with frenzied joy.

I needed that summer to recover my soul, my kid, my sense of joy. I also developed an appreciation for the rejuvenative powers of pleasure, pleasure so good and liberating I often had to remind myself that it wasn’t wrong. It was just pleasure. Personal. Satisfying. Essential. Never in 29 years had I lived so sensuously and decadently by absolutely no one else’s rules but my own. Never had I let myself wander with abandon to the opposite side of acceptable. For this middle-class Catholic girl, pleasure was always meted out in a carefully measured dose, then swallowed down with brimming glass of guilt. But here I was guzzling right from the bottle, feeling the warmth in my throat, the heat in my belly radiating out until it coursed through every vein.

Only towards summer’s end did I start to nervous, wondering how I would walk away from this lifestyle before becoming addicted like a washed-up rocker who still gets drunk in hotel rooms and smashes lamps. Indulgence can be habit forming, I was learning, and even this cautious Catholic girl was finding it increasingly easier to surrender to the sensual, to sleep late, to laze.

But then something happened. Was it because I’d surrendered? Was it because I was looking for nothing that the magic found me, and life offered up a version of the dream I’d been living all summer?

Through a conversation in a bar one night, I met a woman who knew my college boyfriend. We had parted ten years earlier when we weren’t ready for a real relationship. But my thoughts would often stubbornly wander back to him. Now we were both in Boston, and both recently single. We reconnected on the phone and planned a date.

When that still-swarthy boy-man picked me up in my South End studio on Friday evening, I instantly remembered being 21 with him in a sweltering Brooklyn apartment almost a decade earlier. I remembered life and its pleasures before stepping onto the up elevator of adulthood. And I believed that the universe was giving me another chance to love deeply, seriously, to not just indulge in the occasional pleasure now and then, but to insist on it as a part of my life.

So, with August fading to autumn and feeling sated in every way, I relinquished my sublet, got a job, and—hand-in-hand with the man who, 25 years later, still shows me pleasure—stepped around the corner to thirty.

Sandra A. Miller’s writing has appeared in over 100 publications. One of her essays was turned into a short film called “Wait,” directed by Trudie Styler and starring Kerry Washington. Her memoir, Trove: A Woman’s Search for Truth and Buried Treasure, will be released by Brown Paper Press on 9-19-19. Sandra writes at SandraAMiller.com and tweets as @WriterSandram. You can also find Sandra on Instagram as Sandra.A.Miller. 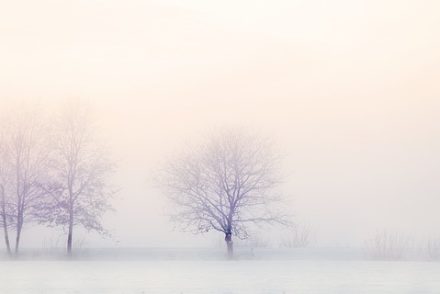 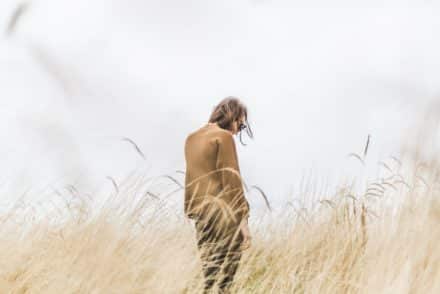 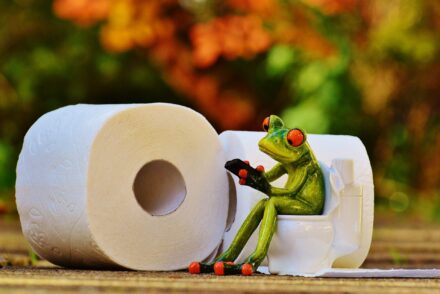 Who Are You Now?