I could tell I confused the Home Depot kitchen designer when I burst into tears.

“Most people are happy to hear they need a new sink when they change out their countertops,” he said.

“I do not want a new kitchen sink,” I said, as I dug around in my handbag for a tissue. “All I want is a new white countertop to replace the forest green one I installed when I remodeled fourteen years ago.”

I have always decorated to my taste with no worry about resale and at the time, I had a taste for forest green. I also had a dear friend being treated for breast cancer.

Leslie and I met on our first day of Syracuse University almost thirty years previous when we were matched as roommates. We clicked immediately, lived together all through college and over the years laughed our way through good and tough times. We were in each other’s wedding and when I didn’t get my dream job and I thought my world was at a dead end, Leslie helped me see the open road. Her bad news came at the same time I was going through a rough break up, yet Leslie consoled me. “Dev, in a lot of ways having a broken heart is worse than having cancer. At least I have treatment options to get me through this.”

When I started the remodel, Leslie had just moved back to upstate New York from Los Angeles. I was looking forward to spending more time with her now that we were both living on the same coast, but she was diagnosed shortly after she unpacked. Her cancer was advanced and advancing. As time went by and her world seemed to only revolve around doctors and treatments, I thought she might enjoy a distraction so I asked her to help design my new kitchen.

I visited every few weeks and brought my architect’s plans. Leslie had a great eye for form and function and there were many decisions to be made about cabinets, hardware, and colors. I valued her opinions and I knew how much she valued having something other than cancer to think about.

After the space planning was done, I sourced the fixtures and appliances locally. The only thing I could not find was the sink. I wanted a deep, double bowl under mount. I knew it had to exist somewhere so the next time I visited Leslie we went sink hunting. She knew of a high-end home goods store that was having a going out of business sale and the thought of snagging a bargain appealed to both of us.

It was mid-August and the temperature was burning into the nineties. Leslie wore a short black and white checked shirtdress, which hung on her like a drop cloth. Even though she was cooler without it, she put on a red baseball cap to cover her chemo-bald head.

We drove to the store that had a five-foot high neon yellow banner out front advertising its closing sale – everything was marked down. Inside it was Kansas after the tornado with faucets, lights and curtain rods strewn about the shelves. After pacing several aisles we finally spotted a sticker with a picture of my dream sink but did not see any nearby. While I searched for a cart, Leslie enlisted the help of a stock boy and together they found the sink on a high shelf, behind a tangled sculpture of showerheads. The stock boy lifted the sink into the cart, and Leslie and I wheeled it over to check out.  There were four cashiers, each with lines five people deep. Leslie and I chatted while we waited.

“The stock boy, Darryl, is very sweet but he smells like he had a lot of garlic for lunch,” she said. “He’s been working here for three years, putting himself through college and now that the store is closing, he’s nervous about how he’s going to pay for his tuition next year.” She only needed a few minutes to get a life story from a perfect stranger.

“Did you also find out if he has a girlfriend, where he lives and what his mother’s name is?”

“No, didn’t have enough time. He did ask if you were single. Are you interested in cradle robbing? Because he’s up for it.”

“Cradle robbing appeals. Garlic could be the deal breaker,” I cracked.

“How you going to do that?”

I caught my breath and lowered my voice.  “Don’t you want to save that for something more important than a kitchen sink?” I pointed to the sign on the cash register that said ‘PLEASE DO NOT ASK FOR A BIGGER DISCOUNT’. “I think they mean business,” I said, trying to talk her out of making a scene.

Leslie locked her eyes on mine. “Dev, I have cancer. I don’t save anything for later.”

I nodded my understanding but still tried to make myself as small as possible when Leslie stepped up to the cashier.

“Hi, my friend here is buying this sink and I’m wondering if you would give her another five percent off. After all, we had to climb all over to find it and wrestle it down from the top shelf,” Leslie said.

The clerk looked like she was barely old enough to work. Her voice was rehearsed, but warm. “We have a policy that we can’t give bigger discounts,” she said.

“Do you give bigger discounts for people with cancer,” Leslie asked as she lifted her hat. The entire store seemed to go silent as the nearby customers and cashiers froze waiting for the answer.

The girl took Leslie’s hand and whispered, teary eyed, “I wish I could, but my manager said no discounts to any one under any circumstances or I’ll get fired.”

I interrupted and asked, “We don’t want her to get fired, do we Leslie?” I quickly swiped my credit card and finished the transaction.

Leslie asked, “Can we at least get someone to help us carry this out to the car?” She was going for a victory, no matter how small.

Before the cashier could answer, the store manager and two other men who were in the line next to ours almost collided as they vied to take control of our cart.  The three of them walked us outside and lifted the sink into my car.  Each one of them gave Leslie a hug before going back inside.

Leslie died the following year and I think of her – and our sink buying adventure – every time I walk into my beautiful kitchen. But my forest green countertop was fading and there was a stain from when I did not clean up red wine fast enough. It was time for a new countertop.

The kitchen specialist explained. “When we remove the old countertop, the sink will get damaged.” The finality of the trade-off made me cry more. He pulled out a brochure and said, “We’re having a promotion on new sinks this week. Do you like any of these?”

I wanted to tell him that I bought my sink with my dear now dead friend and that shopping trip was our final crazy caper, but I just sniffled, nodded and pointed to the only double-bowl under mount on the page.

When I got home that day I called my mother for solace.

“Grief is a wicked shape shifter, honey. We never know what will trigger us. This is difficult because it reminds you that Leslie is gone,” she said.

She’s right. My kitchen holds the last memories I have of Leslie and the project we worked on together throughout her fight with cancer. I feel like I am saying goodbye to her all over again and will with each piece of the kitchen that has to be replaced. Just last month the motherboard of my original refrigerator crashed and the appliance was diagnosed beyond repair. I cried then, too.

I kept the sink. I had to. I planted it in my backyard and now use it as a container for irises, Leslie’s favorite flowers. I know Leslie would get a kick out of that. But the refrigerator…I had to let it go and I am trying not to resent the new one taking its place. I know Leslie would like that, too.

Devra Fishman is a writer and long-time hospice volunteer. She is currently working on a full-length memoir about the beautiful transformational friendship she shared with my college roommate who died from breast cancer way too soon. Devra’s essays have been published in The Saturday Evening Post, The Manifest-Station and Laura Munson’s summer guest blog series. She lives in Falls Church, Virginia. 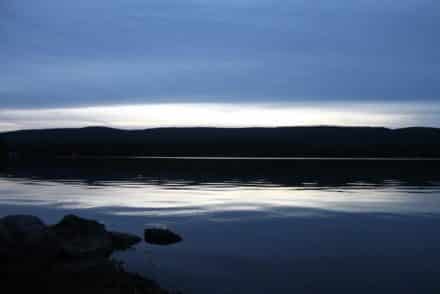 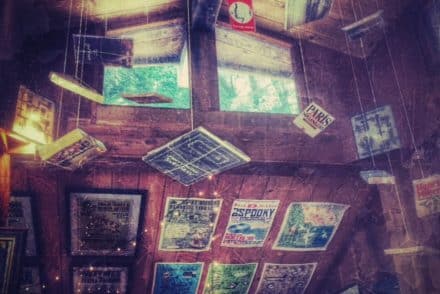