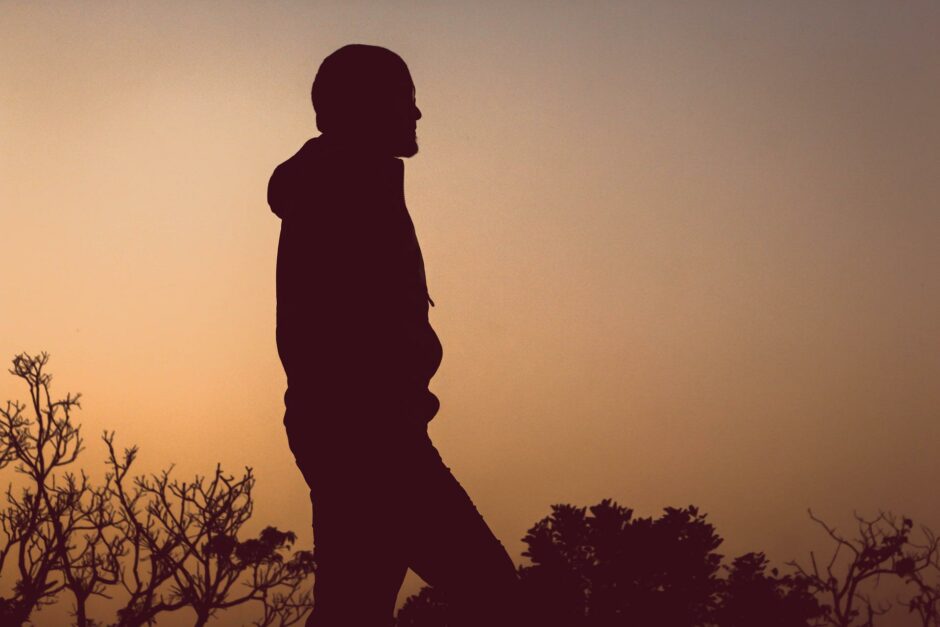 Something made me think of him; for days now, it has been bothering me: I can’t remember his name. I can recall many of our conversations, the gentle character of his voice, and the resignation in his eyes, but not his name. I’ve wracked my brain. I saw him almost twenty years ago for almost a year in twice weekly sessions. He was a former prisoner who had served stints for everything from petty larceny to armed robbery. I was a young intern working in a city hospital.

In prison, they strip you of everything: first your name, then your identity, and finally your humanity. You become a number in a brutal system. Except for him, this process had started way before he had landed in prison at 19. And now I, who cared for him deeply, seemed to have erased him too.

Mandated by the court to enter therapy, his chart had a red notation at the top I didn’t recognize: “Violence/aggression risk.” His diagnosis was “Schizoaffective disorder,” and the chart noted he had a long-term substance abuse problem. Reading on, I saw he had gotten out of prison two weeks earlier.

Though the notation gave me pause, I was afraid to say anything. It was the second month of my internship, the training year before getting my doctorate. I was at the very bottom of the psychiatry clinic hierarchy, and to put much faith in my own misgivings, not to mention voicing them, was more than I could risk. The first time we met, I made sure it was during daylight hours.

Eyes downcast, his large frame filled the doorway of my closet-like office. He had rich, dark skin, heavily pockmarked cheeks, and sat with a restrained intensity. I clutched my hands tightly while he began speaking so softly I had to lean closer to hear him, our knees almost touching.

“Do you have any trauma in your past?” I asked. Remaining silent, he cast his eyes around the office landing on an old globe tucked onto one of the upper shelves.

Unsure what to do, I took it down and placed it in his lap. Gently, he spun it around—his acorn-colored eyes lit up.

He spun the globe and landed his finger on a spot, “Vietnam?” He sounded out.

“Oh, it’s very beautiful. I was there last year.”

“What?” His head spun back toward me. “What is it like there?”

Before our session ended, I returned to my question: “Can you tell me about your trauma history?”

The light in his eyes doused; he almost whispered his response: “I’m a very bad person. I did something really terrible when I was a kid. And I’ve been paying for it ever since.”

I didn’t press him for details–our time was up.

After that, we began every session by spinning the globe and an exploration of the country his finger landed upon. He was always curious about the food. “Man, that sounds good,” he teased me one day after our imaginary journeys took us to a place where fried crickets were a popular street food. His trilling laugh filled the room.

When he was nine, on an unusually cold day in his small North Carolina town, he and his six year old brother climbed onto a frozen lake to explore. Halfway across, the ice cracked. Though he managed to scramble to safety, his brother fell in, disappearing in the pitch black water.

Afraid of being punished, he hid in a nearby forest for two days until–ragged, hungry, and numb with cold–he returned home.

“My father beat me with a switch this long.” He held his hands out to show me. “I didn’t feel a thing. I knew I was bad. I knew I killed him. I wanted him to keep beating me.”

After his brother’s funeral, his father barely spoke to him again. At 13, he was sent to live with relatives in Manhattan where, after nine months, they took him out of school, so he could work full time in their shop. His first arrest was at 19. Over three decades, he had never spent more than two years outside of prison.

“I deserve the punishment,” he said, his eyes suddenly vacant.

One of the first things I did after meeting him was call his doctor, a grizzled veteran of the psychiatry ward.

“But what delusion?” I had seen no evidence of this.

“Hang on, let me look it up in his chart.” I could hear him crunching something as we spoke. “Oh, he endorses hearing voices. You understand what that means right?”

I swallowed tightly. “Of course, I do.”

I brought it up at our next session.

“He asked me if I ever hear voices. I told him I do—it’s like… well these echoes in my head sometimes. Like if I get sad, I start remembering my brother’s voice.”

I stared at him. “You understand that’s not an auditory delusion-it’s a very normal reaction to having experienced a terrible trauma.”

“I didn’t experience trauma, my brother did,” he shrugged.

I called his parole officer, eager to understand the danger warning on his chart.

“Who?” I could hear the papers shuffling. “I have no idea about him–I just make sure he’s not breaking the rules, doctor.”

I began seeing him twice a week, prompting the officer to call me: “You know he’s supposed to come only once a week, right? And what is this about a job training program you have him in? You’ll see—he’ll be back in jail long before he’s ready for a job.”

At one point, I asked him about his substance abuse. “Your weekly urine tests are always clean. When did you stop using?”

“Oh, I don’t use,” he smiled ruefully. He explained that he had to snort coke to give him the courage to commit his crimes, which he pulled off using a plastic handgun. Of course, he tested positive after every arrest.

“But how can this be? Not only are you not an addict, you’re not psychotic. I’m going to change your diagnosis in your chart. And we’re getting you off these anti-psychotic meds.”

I was indignant, eager to have something to fix. I stopped mid-sentence because he was looking at me curiously.

“Why are you so worked up?” he asked.

“It’s really ok-I swear it is. Change the chart, ok, sure, but it doesn’t change anything for me,” he replied, softly smiling, his eyes crinkling at the corners.

I changed his diagnosis to PTSD. His psychiatrist changed it back a week later.

He always greeted me with a huge smile as I met him in the waiting room, but as soon we began down the hallway to my office it was suddenly gone. I commented on it once as we sat in my office: “You always greet me with a smile. Then when you stand up, it’s like a light goes out. Why is that?”

He waited a second: “I’ve learned to walk like I’m invisible.”

“You’ve been dropped by so many people. It isn’t fair,” I blurted. We sat together in a thick silence, his eyes on the floor. After a while, he spun the globe, this time landing on Sweden.

“Wouldn’t it be great to go there someday? I bet there are big mountains of snow.” He grinned.

I nodded, wiping away my tears. “It really would. But I hear they eat smelly fish. Yuck.”

One day, he came in looking depressed. “I don’t want it to be a surprise to you–I’m getting that feeling again.” I knew exactly what he meant but we both pretended I didn’t. The next week he missed his first session.

I wanted to change his circumstances, to make an inequitable system take note of him. I look back now and wince at my frenzied efforts—all that time I should have just been listening to him better. I didn’t want to believe that a trauma he experienced at age nine could mark him indelibly, or that the world could take a vulnerable kid and rub him so raw through racist, punitive systems that the only place he thinks he belongs is in prison. He tried to tell me that is exactly the world in which he lives, but I so wanted it not to be true that I disbelieved him.

When he left my office the last time, nothing much had changed–his chart still held the red notation, the vocational program had failed to place him, and those charged with watching out for him–the harried parole officer, the indifferent psychiatrist–still had no idea who he really was.

But he had changed me. Gone was my naïve faith that a wise and beneficent system would catch those who tumbled into its waiting arms. Now I believed otherwise: that I couldn’t even break his fall.

A few weeks later I received a slim, slightly crumpled, letter in the mail, addressed to the clinic. The return address was a correctional facility. I waited to read it until I got home.

“Please don’t think this is your fault Dr. G. And remember: you gave me something I never thought I’d have–you gave me the world.”
Years later, that letter sits in a long-forgotten file somewhere, one of the items that has done the most to disillusion me, but also make me a better therapist. Despite his impact on me, he too has slipped from view, like a dream that dissipates upon waking. I can’t even remember his name.

Sarah Gundle a doctorate in Clinical Psychology and a master’s degree in International Affairs from Columbia University. In addition to her private practice, she teaches courses on trauma and international mental health at Mount Sinai hospital. 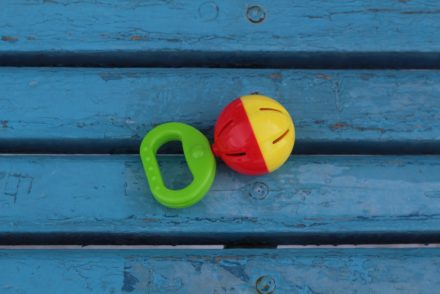 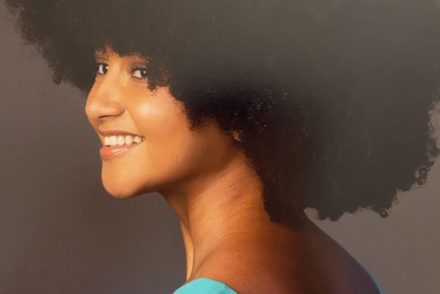 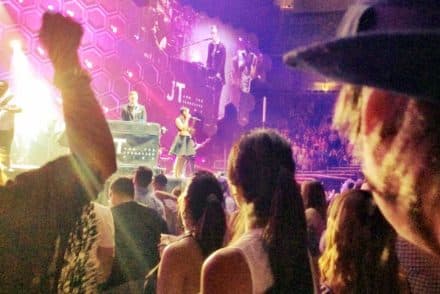 The Man With the Dog