For Women Who Apologize For Everything. 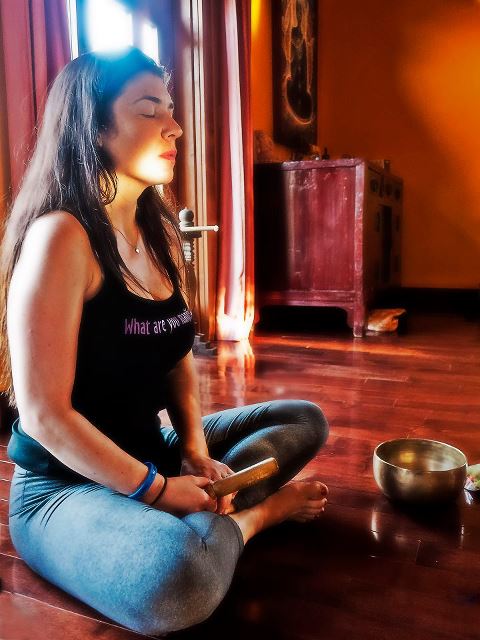 A few years ago a man I knew walked into the café in NYC where I was having lunch with a friend, and before I realized what was happening his hand was on my breast. “Damn, Look at those things,” he’d said with a fistful of my boob.

We chatted for a few moments about irrelevant things- yoga, weather, eggs, before he walked away and sat down at his own table. My friend was dumbfounded, the most natural response, I suppose. She was shocked that he’d grabbed my breast like that. In public, no less. I was embarrassed and made excuses for him. That’s just how he is. He doesn’t mean anything by it. He’s just a flirt. He’s harmless.

Did I think it was okay on some level? Did I not want to embarrass him? Why was I the one who felt embarrassed when he was the asshole feeling me up? Was I flattered in some creepy shitshow way? Why hadn’t my friend said something right then as he’d had my breast in his hand like it was his? And would I have said something, if the situation was reversed and it was her breast and not mine? Oh, the shame. The hot shame on my face and my arm hairs standing on end, I felt incompatible with my own body as I pushed my eggs around in a soup of Cholula sauce.

My breasts felt like they were no longer part of me. It was if he’d walked away with them. Or at least the one he’d fondled.

Why had I not said anything to stand up for myself? Perhaps on some level I felt the disgust I’d always felt towards my breasts had called out to him, in their own subversive language that some people are trained to hear. Maybe he could smell the disgust on me, how much I hated the weight and size of them and the way they popped out of my bra on the sides (commonly referred to as “side boob.”) Maybe he had sensed the hatred I had towards my own body and how I’d fallen into the anorexia trap when I’d gone to a doctor at seventeen and asked for a breast reduction. “Breast reduction? You don’t need it. Lose five pounds.”

I wonder how many times do we swallow our words? Women. Men. All of us stuffing down what we want (or don’t want) for a variety of, often psychologically confusing, reasons.

I let a man give me a “free” massage (that should’ve been enough of a red flag) when I was eighteen years old. It wasn’t until he had his fingers near my vagina, almost slipping them inside of me, that I rolled off the futon he’d haphazardly turned into a massage table. I panicked and asked him to leave, albeit too politely for the fact that he had tried to stick his fingers in me. Soon after the massage, I found out he’d gone to jail under the three-strikes law in California. With the three-strikes-law, habitual criminal offenders, under mandates of the state, are required to serve much longer sentences than they might normally serve. Apparently, he had been preying on women for years and had finally been caught. I’d met him at the place I’d been obsessively exercising in my sports bra and short shorts. My teeny tiny anorexic body of those years. That body that allowed me to feel nothing at something at once, all the are you sick? you look sick questions giving me a high like nothing else. I wanted attention as equally as I abhorred it.

Before I asked him to leave however, I had lay there with my heart beating wondering “Is this normal? Is this what massage is? Should his hands be there?” It was the first massage of my life. And yet, despite the internal dialogue, I stayed on the weird futon massage table. I questioned my own judgment and intuition. Until his hands got too close to my vagina. Then a panic button went off.

But why did it take so long?

After I found out he’d gone to jail, I’d wondered if I had enticed him. Too short shorts? Too skimpy of clothing? Too friendly? What had I done to provoke him? Nothing. But as a nineteen year old I pondered my own complicity, my addiction to guilt needing a fix. I must’ve done this. I still look too sexy. If I was smaller he wouldn’t have wanted to touch me, I’d thought as a teenager. My boobs are still too big, I rationalized. So I lost more weight.

That summer I’d been visiting Los Angeles before NYU started in the fall. I’d spend my days eating creamed honey off a spoon (I had no money and it gave me an odd boost of energy with no fat) before I’d climb the stairs in Santa Monica, a set of stairs people use for exercise like angry mice. I’d climb those stairs at least twenty times a day on an empty stomach (or a stomach with black coffee, vitamins and creamed honey.)

I’d gone to the movies with this actor who was twenty years older than me. He picked me up in the car with an open beer can between his legs. That should say enough about what I should’ve expected from him. He asked me to sit on his lap in the movie.  As embarrassed as I was, I sat on him. All ninety pounds of me sat on an older drunk man’s lap in a movie theatre with a mixture of excitement and disgust. I didn’t want to but I thought that maybe it was what adults did, maybe they sit on each other, I thought. And was I just being prude and overly self-conscious to say no? We went to a bar after where I used a fake i.d. and proceeded to drink five vodka cranberries on an empty stomach.

The next thing I remember was me being slumped over the edge of his bed. He was on top of me. My pants down, his off completely. I panicked.

My first instinct, being the worrier I was/am, was to yell for him to get a condom. The combination of shame and drunkenness smothered that night, but I do remember he leaped off me to get a condom from his bathroom.

When he came back I said that I did not want to sleep with him and that I wanted to go home.

He was angry but he drove me home. I rolled down the window of his old Cadillac and vomited red chunks all over the side of the car as it sped down the street. I wiped my mouth off. I apologized. As he dropped me off, he leaned over and kissed me on the mouth. The mouth. Vomit and all. And I apologized again for what I thought of as fucking the night up.

The relentless apologizing for everything.

Recently, I got an email from someone who reads my blog.

I understand that idea of being ruined. I wouldn’t eat for two days. Then I’d eat a can of tuna, and for that transgression, I’d felt like I ruined all I had worked for. I might as well eat another can of tuna and bread and ice cream and all the things I had been denying myself because I had already failed and what the point? was usually my rationale.

I read that letter and understood the yearning to make someone happy- the things I’ve said yes to because I thought it would make me worth something.

I don’t know the answer, and I’m obviously not a psychologist, so don’t worry about pointing out the obvious there. But I do know that apologizing for existing is a tricky business, one that parlays into all sorts of self-destructive behaviors. Now let’s be clear, I am not saying that the man grabbing my breast was a self-destructive act on my part. Not at all. The shame around it is though. The voicelessness is. The apologizing is. The sitting on that guy’s lap and then proceeding to go home with him was not smart, namely because I was drunk and had no grasp on my mental faculties or the choices I was making. But we’ve all been young and dumb unless we haven’t, and in that case, you’ve surely spent your youth locked in your bedroom.

If I had told that guy I didn’t want to sit on his lap, or I had yelled at that man to let go of my chest, then I would have lost them, and in some small way, I wanted to make them happy, like the teenager in that mom’s letter. I squirmed when I read the letter because if I was as brave as this mom was in writing to me, then maybe I could write a piece on the things we let slide and how quiet the world would be without so many I’m sorries.

This is my paltry attempt at understanding the way we keep ourselves underfoot, the way we don’t say what we want to say for fear of losing what we probably never had in the first place. So, to answer that teen’s question in the letter of What difference does it make? 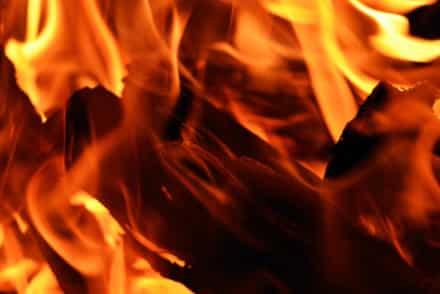 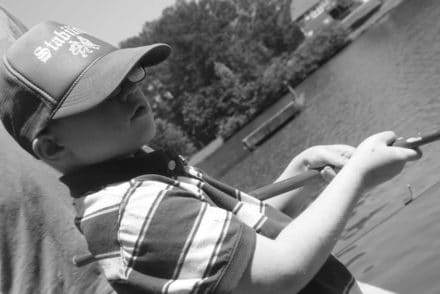