I had no idea the response for the Forgiveness blog contest would be so overwhelmingly large. There were so many great ones ( I got over 100) that I will publish one every day this week. I love you guys.

This essay is by Janet Raftis, an inspiring life coach living in Atlanta. Janet has taken a few of my workshops in Georgia at Hazard County Yoga and she is fantastic. Please get to know her. Offer her a comment at the end or connect with her on Facebook. Also, here is a link to her own blog which I suggest you check out.

I spent years punishing myself. I punished myself for things that others had done to me and for things that I had done to others. I did it by systematically beating myself down, abusing my body and numbing myself out. I punished myself for not being good enough, and sometimes I did it for being too good. No matter what I did, or how I acted, it was never right.

I don’t even remember what it was that constituted the first betrayal, but once the ball was set in motion, it snowballed. I found ways to hurt myself and I found ways to hurt others. The punishment increased. I smoked, I drank heavily, I took drugs. I neglected to eat properly, and I gave up athletics. I took to drinking a ridiculous amount of coffee to bring me back up during the day, and the cycle of emotional binging and purging continued.

The self-hatred was carefully disguised, and I never would have believed that I was intentionally harming myself. I admitted to being a little insecure, because that was acceptable. At some point, I realized that I was seriously harming myself – and others – and I sought change. But I didn’t know how to do this. One by one, I dropped my habits of destruction, but the more I shed them, the worse I felt. I teeter-tottered amongst them, searching for balance and never being able to achieve it. I felt naked and scared. I felt isolated and alone. I would drop one vice and then pick up another, each slightly less dangerous than the one before, but harmful nonetheless.

Around four years ago, I formally quit drinking. This was my first lesson in forgiveness. I took a sincere step to do something loving for myself. I started to listen to what other people were suggesting, and I realized that if they could be happy, I could be too. But how? I still felt pretty bad, and I still felt really angry. I had a few resentments that could make my skin crawl. People told me that I had to forgive them. They told me that to not forgive them was to continue to hurt myself. I wasn’t ready to give the resentments up, though. I had a lot of self-righteous anger gnawing at my core. They had hurt me, dammit! They should feel my wrath!

The problem, though, was that they didn’t feel my anger. In some cases, they had no fucking idea, and in others, they just didn’t fucking care. And I was sitting in the corner, stewing in my own muck, feeling hated, alone, unworthy, and violated. Life wasn’t fair! How could it be that those assholes got off scott-free, while I continued to feel so much hurt inside? How was it that I was so raw that even an off look from another could re-open every single wound that I had?

I wasn’t willing to let go, and so I let it sit there for a while, and I worked on cleaning other parts of myself up. The first step in doing this required that I practice acceptance. I had to be willing to accept that I had done some pretty lame things. I had hurt others, either through selfishness, stupidity, or ignorance. I had to see my part in my resentments, and I had to acknowledge that I had done the best that I could do in any given moment with the growth and understanding that I had at the time. It happened the way that it happened, and so there was no other available outcome possible. I had to accept that I am not perfect, and that perfection is not a requirement (nor even really desired) in this lifetime. I began to understand where I was operating from, and that I was not a bad person. I may have been lost, scared, or lonely, but I was not bad. Once acceptance of who I really was set in, forgiveness began to flow naturally.

For the first time ever, I realized that I was a spiritual being having a human experience, and that a huge part of this lifetime is learning to relate and interact with other humans. I was able to see myself compassionately, and this opened a huge door for me. Finally, once I could see myself through the lens of compassion, I could see others through it too.

Some of my resentments just melted away. Once I saw my role in everything, I realized that some of the stuff I was holding onto was just out of sheer self-flagellation. I couldn’t even remember what it was. There were a few things that I had to work at a little harder (and still do at times). I have to constantly go back to compassion. Yes, what this person did hurt me. Why? Is it because I am feeling insecure, lonely, frightened, or unloved? Okay, nix it. Is it because this person was acting from a place of insecurity, loneliness, fear or feelings of being unloved? Okay, forgive it. They are doing the very best that they can.

I have a particularly difficult relationship in my life that I have to maintain. Because letting it go is not an option, I have to practice forgiveness on an almost daily basis. Sometimes I can let things go immediately. I remember that he is not trying to hurt me; he is trying to protect himself. At other times, I have to dig down deep, and pull up every ounce of compassion I have. It can reduce me to tears. I have to remember over and over again that I have played a part in this, and that I still do. What I can control is how I react to it. I have to recall that we are each doing the very best that we can at any given moment. When I can do this, I can find forgiveness. And once the forgiveness comes, I can find gratitude. That is the nugget, right there. The most difficult situations and people that I have had in my life have offered me the greatest moments of growth. They have provided me with the seeds that I want to nurture and grow, and they are the reason that I want to reach out and help others. Learning to love and honor myself enabled me to offer others the same that I would want for myself: compassion and forgiveness.

My next workshop at Hazard County Yoga outside of Atlanta is Sunday April  28. They sell out quickly so please pre-register and pay by clicking here. See you then. 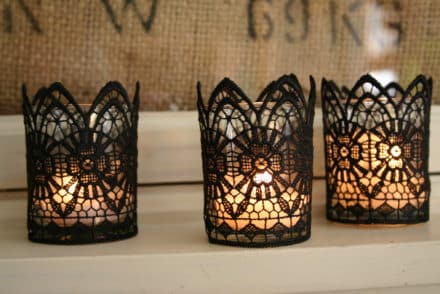 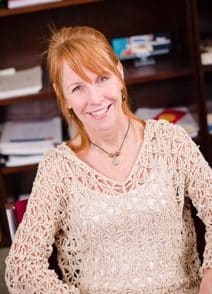