The most dangerous time for me are the moments after I remember that I forgot to take my medication. This is the time when I can convince myself that I am on the path to weaning myself from the required daily dose, that I am already hours into a medication free life and can keep going, that there is no time like the present, that I will be okay.

I have been on anti-depressants since I was fifteen and first prescribed a tricyclic. Though I cannot recall it among the string of arguments with my mother, there must have been something I said that jolted her. I was unhappy and articulate which meant that I could tell her with venomous precision just how much sadness I was experiencing. And I did so, on a regular basis, telling her how I wanted to live anywhere else, how I hated school, how I wanted to disappear.

If I felt like I wasn’t being heard, I would stick hand written lyrics to the refrigerator door. Little sad notes next to reminders that we needed to buy more milk. The Cure, The Smiths, Depeche Mode, Joy Division – they were the soundtrack to my high school years. When it became clear that I was well beyond the realm of teenage angst, or, more likely, when it became clear that she couldn’t navigate my waters in the midst of my father’s vodka tinged storms, she sent me to a psychiatrist. Finding someone else to help me was one of the best parenting decisions she made.

I was diagnosed with major depressive disorder.

My therapist was a good fit for me. He took me seriously, listened to what I said, answered questions I had. He also prescribed an anti-depressant. He fed my love of reading, recommending books that would give me a broader perspective than the one I had living in a small town in southern Utah. Soul on Ice, Zen and the Art of Motorcycle Maintenance. The books were edgy and expansive. I wrote about how I felt, he read it, and we talked about it. There was never any real discussion of me not making it through my teenage years, it was always a question of how. We set a goal: I would make it through high school and move out to attend college.

I considered my need to use an anti-depressant nothing more than a by-product of living in a dysfunctional home and I never balked at taking it, or at the weekly sessions I had with my therapist. The small white pill made the edges less sharp, and life felt easier. I thought the medication was temporary, that once I no longer lived at home, I would no longer need it.

In college, I let the prescription lapse and found myself sliding back into a space I thought was hundreds of miles away. What I was feeling was so familiar that it scared me and I again began a regimen of therapy and medication. Rather than discussing how to endure my environment, the therapy focused on how to best be me. Among the many things that make me who I am is the fact that I am a person with a clinical disorder.

I’ve been on five different antidepressants since I was a teenager, moving from one to another as I changed doctors or as newer medication became available. The biggest change to the type of medication I was taking came in my 30s. After my sister died, the run-of-the-mill antidepressant wasn’t working, my body chemistry had upped its game and thrown anxiety into the mix. Combinations of medication were tried until I felt balanced. Although I stopped therapy years ago, I continue to see a doctor who helps monitor my medication.

And here I am.

So nothing pisses me off more than to see someone talk about how they used to take medication for depression or anxiety, but now they don’t have to anymore, because they discovered yoga or running or god. The idea that somehow they have managed a victory that is important enough to broadcast, that what they have accomplished can be outlined and followed is misleading at best. And although they won’t say it explicitly, the implied judgment is clear – if you are not enlightened enough to be able to survive without medication, something is wrong with you.

Something is wrong with me.

What is wrong with me is not a bump in the road, or a case of the blues, and it is not something that can be addressed by the right herbal tea. It is not a pothole, it is a fucking canyon – one I can only navigate with help. This is why I have to take two burgundy colored capsules every morning. If I don’t my mind turns against me. It’s not a failure to be enlightened, it’s who I am. The kicker is that I am enlightened enough to know that who I am is someone who’s mind can fail to be her friend.

I hate taking the medication. The idea that I cannot fully function without it breaks my heart on a regular basis, but I can’t. I’ve tried. It wasn’t pretty. I hate my dis-order and my dis-ease enough that I occasionally allow myself to become tricked by depression. I am not sure who said it first, but they are right – depression lies. One of the biggest lies it tells is the one that starts with the idea that medication is unnecessary. Maybe it is optional for someone who just needed a little boost to get through a rocky period, but for those of us who are predisposed to depression, proper medication is critical. To suggest otherwise is a failure to understand the true nature of the problem.

There have been a handful of times where I have stopped taking my prescription on my own, always after missing a dose. The immediate onset of withdrawal symptoms coupled with a careening mood were enough to snap me back to my senses within a few days. I have stopped my medication under supervision twice. Making it past the painful withdrawal period and becoming fully engaged with my depression felt perilous, and I was quickly placed back on medication after articulating my concerns. Even so, if I could trade the fact that my pharmacist knows my name before I open my mouth to ask for the prescriptions my doctor has called in, I would. I don’t need that kind of recognition.

What I do need is space to be me. I need quiet and time to reflect. I need room to be still and recollect. Truth be told, I occasionally do a bit of yoga and I regularly run my heart out, but neither of those is a panacea. I also need my friends. They accept that my disposition is a part of me, nothing more and nothing less, just another feature I have, like my messy red hair. Above all else, they understand what it is to be gloriously unique. And I need a reliable pharmacist, preferably one who genuinely smiles when she sees me walk through the door.

Angela Giles Patel has had her work appear in The Healing Muse as well as on The Nervous Breakdown and The Manifest-Station. She tweets as @domesticmuse, and when inspired updates her Air Hunger. She lives in Massachusetts where she conquers the world, one day at a time. She is one of the editors of this site.

Jennifer Pastiloff is the founder of The Manifest-Station, is a writer living on an airplane. 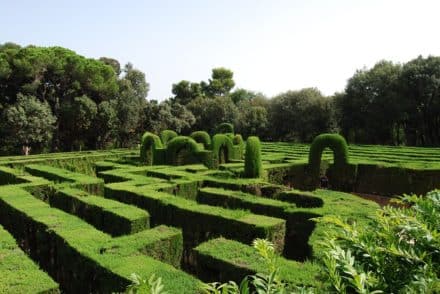 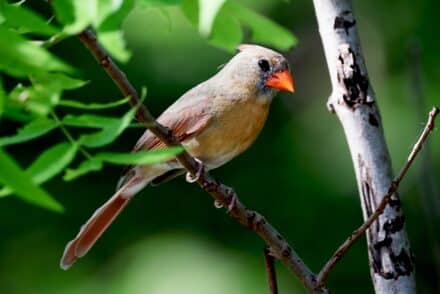 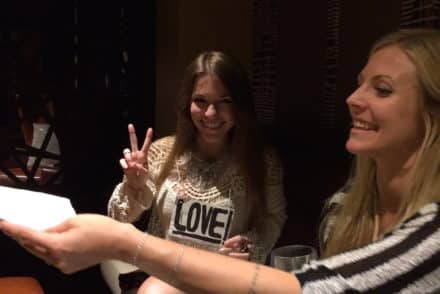