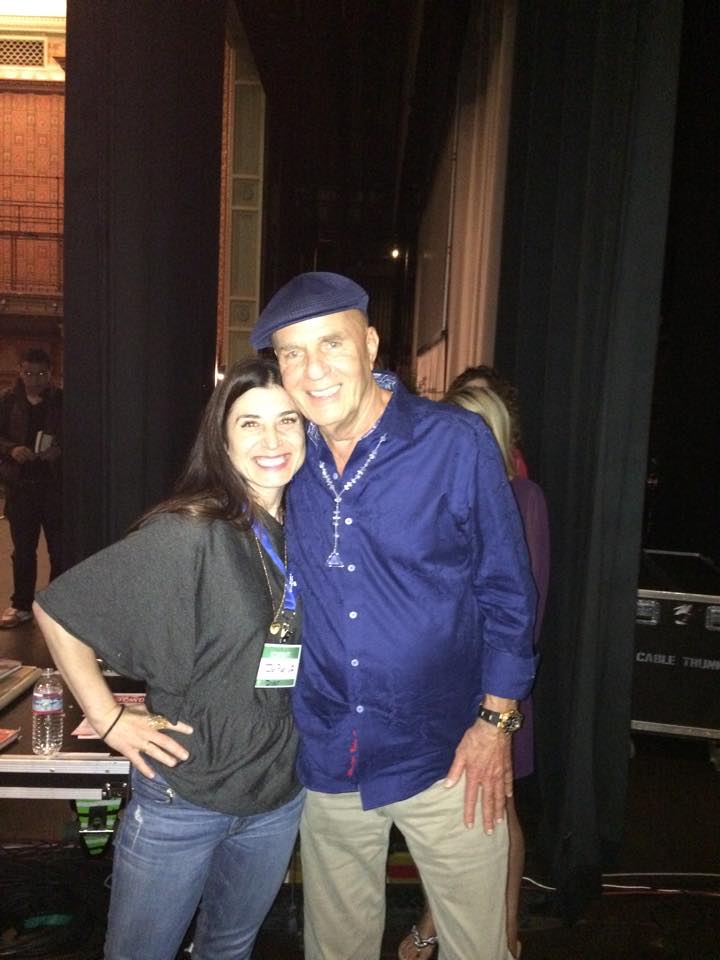 “It’s the things that we know FOR SURE, that just ain’t so, that get us into trouble.” ~ Wayne Dyer.

Dr. Wayne W. Dyer is one of my greatest teachers.

Back when I was still waitressing and utterly miserable- I would get off my shift, and I would go, stinking of food and self-loathing, on these walks by the Pacific Ocean here in Santa Monica. I had Wayne Dyer on my iPod (after years of my mom’s insistence, and my adamant refusal, to read his books) and I’d walk and walk and walk and listen to the same recordings over and over again as I did my goofy speed walk with my dorky arm swing. I’d go faster and faster, as if I could end up eventually leaving myself behind.

Wayne was my company.

I memorized his lectures on those sunset walks. I knew when I walked by a certain palm tree, Wayne would be saying, “Don’t Die With Your Music Still in You,” and when I got to the incline that led down to the beach, he’d be talking about squeezing an orange.
He said when you squeeze an orange, orange juice comes out. So, we are squeezed, by life, by traffic, stress, whatever it is, if vitriol comes out, if anger and meanness and ugliness come out, then that is what was inside of us. No matter who does the squeezing. Like orange juice. Doesn’t matter who squeezes it, it will still be orange juice. I thought a lot about what was inside of me and how I blamed a lot of other people/things for what was being squeezed out.

I had to walk the same route, listen to the same lectures. These were the things I could count on. Palm tree, sky, clouds, sun setting, orange, squeezing, don’t die with your music still in you, park bench.

I’d go to work and take orders for poached eggs and iced teas and wheatgrass shots with mint in them and I’d write “BP” on my wrist so that I’d see it as I was taking orders. “BP” meant “Be Present” and if I didn’t write that- I would forget. If I didn’t see the ink on my arm I would float away. I would be the opposite of “Be Present.” I would “BG”. Be Gone.

Away. Out of my body. In someone else’s body. A body better than I was sure mine was, a life I was positive trumped my pathetic one.

You can see that I was in one of my dark nights of the soul for many of these years. I won’t sugarcoat it.

I looked through some old journals the other day, the few sporadic ones I kept, and it made me alternately sad and really fucking proud of myself.

(I am no longer twenty-seven.) 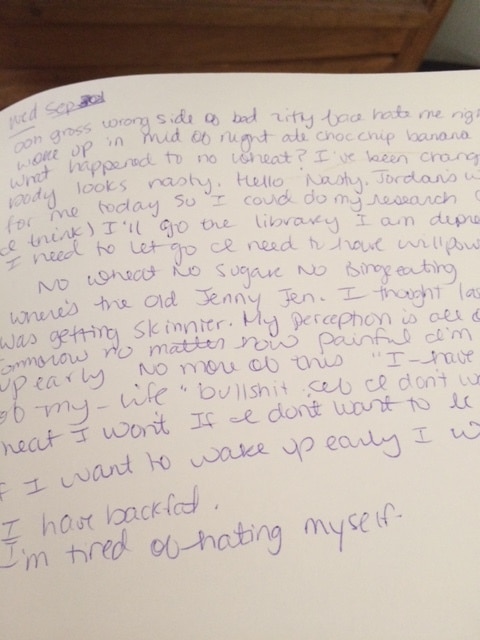 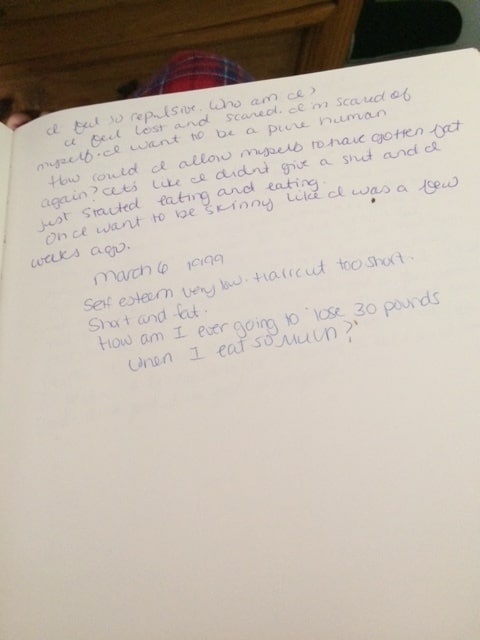 I lead all these workshops and retreats around the world now. In the beginning, when I first started doing my workshops, I said so much of what was just “inside of me.” As if I being squeezed. What came out? Naturally, what was inside of me. Like orange juice. Wayne Dyer. On repeat. I regurgitated what he said because it was what worked for me. It was what helped me get through those days of wanting to die.

But, as time went on and I climbed out of the pit of depression and self-loathing and grief-left-too-long, I began to find my own voice.

In the words of Mary Oliver, in her poem “The Journey”

But little by little,
as you left their voices behind,
the stars began to burn
through the sheets of clouds,
and there was a new voice
which you slowly
recognized as your own,
that kept you company
as you strode deeper and deeper
into the world,
determined to do
the only thing you could do–
determined to save
the only life you could save.

Manifestation Yoga. That is the name of my yoga company and retreats and classes.

When the student is ready, the teacher shall appear.

I am a firm believer in expressing gratitude to our teachers. Always. So, Wayne- thank you. If it wasn’t for my walks with you in my ears, day in and day out, I might still be scribbling how much of a monster I am on pieces of paper. I might still be in the throes of “Why can’t I get my shit together?”

Do I think you did this? No.

But without you, I couldn’t have. I mean, yea sure, eventually, maybe. Because, as you point out, when the student is ready, the teacher shall appear. So eventually, my teacher would appear. But you came along at the right time and although sometimes I still feel like I’m a mess, most days, I know I am on track.

I will never stop saying thank you. Not to you, not to any of my teachers and my pain and my past and all those who led me. It’s what keeps me anchored here, most days. That Thank You.

You speak of finding the god within ourselves. I don’t often write about god or talk about it even, but last night I got it. All those years I spent in the prison of self-hatred and grief, I did not see any god or light inside of myself.

Last night, when my beloved friend, and your daughter Skye Dyer, sang that song, “I am the light,” I wondered why so many of us, myself included resist that. Why so many of us walk around with “I am the darkness.”

We may not be literally saying it, but we’re believing it.

Last night you said that it wasn’t the things you don’t know that get you into trouble. You said it was, “The things that you know for sure that just ain’t so.”

You read one of my favorite poems to demonstrate this truth. I could hear this poem 678 times and never tire of it because I have been the accuser so many times, the one who was so sure, the one with crumbs all over my face and chocolate chips buried under my bitten down finger nails.

“A woman was waiting at an airport one night,

With several long hours before her flight.

She hunted for a book in the airport shops.

Bought a bag of cookies and found a place to drop.

She was engrossed in her book but happened to see,

That the man sitting beside her, as bold as could be.

Grabbed a cookie or two from the bag in between,

Which she tried to ignore to avoid a scene.

So she munched the cookies and watched the clock,

She was getting more irritated as the minutes ticked by,

Thinking, “If I wasn’t so nice, I would blacken his eye.”

With each cookie she took, he took one too,

When only one was left, she wondered what he would do.

With a smile on his face, and a nervous laugh,

He took the last cookie and broke it in half.

He offered her half, as he ate the other,

She snatched it from him and thought… oooh, brother.

This guy has some nerve and he’s also rude,

Why he didn’t even show any gratitude!

She had never known when she had been so galled,

And sighed with relief when her flight was called.

She gathered her belongings and headed to the gate,

Refusing to look back at the thieving ingrate.

She boarded the plane, and sank in her seat,

Then she sought her book, which was almost complete.

As she reached in her baggage, she gasped with surprise,

There was her bag of cookies, in front of her eyes.

If mine are here, she moaned in despair,

The others were his, and he tried to share.

Too late to apologize, she realized with grief,

That she was the rude one, the ingrate, the thief.” 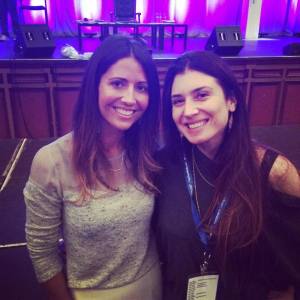 So, here’s what I knew for sure ten years ago that just weren’t so:

I left last night thinking of all the things that we all know “for sure.”

“I know this person is going to say…..”
“I know that I am right.”
“I know what people are thinking.”

FEAR. False Evidence Appearing Real. That’s a case for it, if I ever saw it.

I am not dying with my music still in me. I refuse.

I know firsthand that one of the ways that we manifest what we want into our lives is by expressing gratitude. And not just expressing it, but really being it, a walking talking “Thank You” with a body. So, thank you.

And, as you say, the space inside the jar still exists when the jar perishes. So, may my “Thank You” always exist even after my jar does not.

This is a pic of you and I from last night and I can tell you, with 100% certainty, that what I know for sure is only one thing: LOVE. 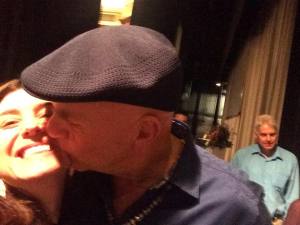 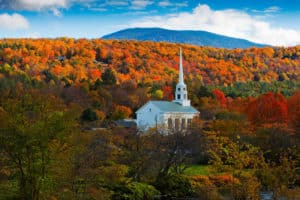 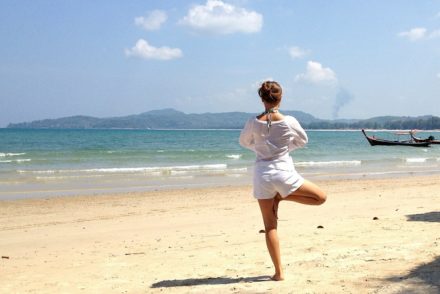 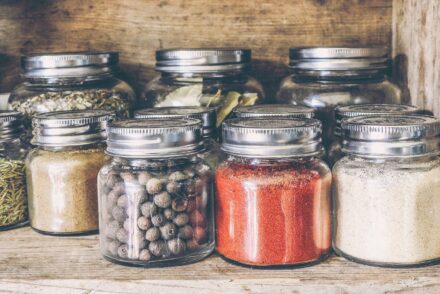 When Spicing Things Up Cools Everything Down 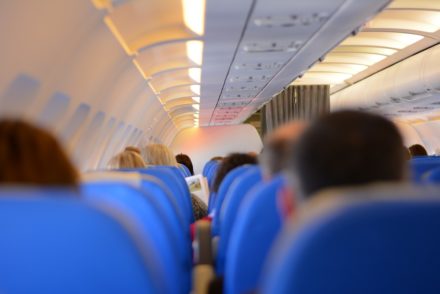 No Kids, No Regrets