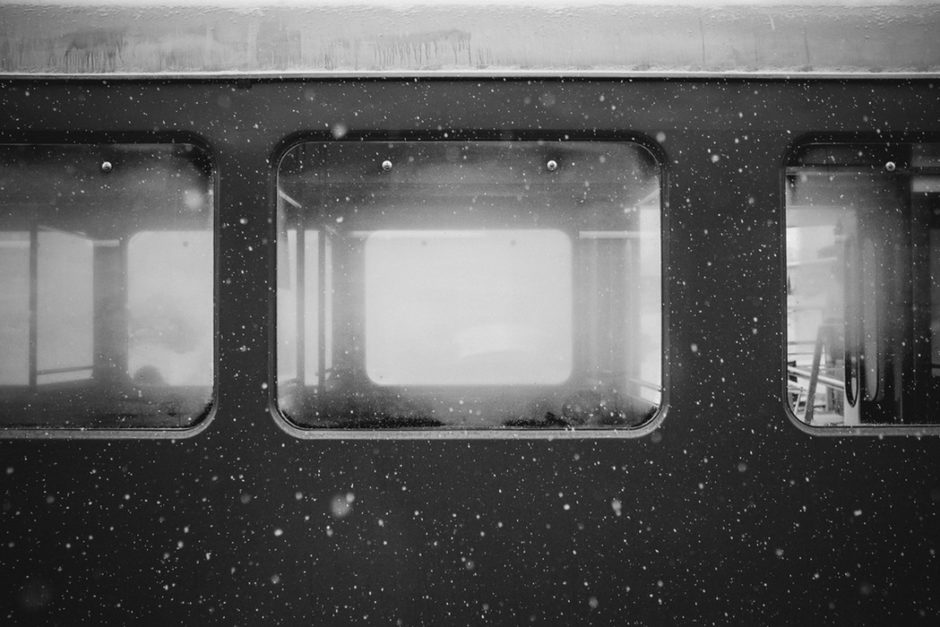 I was sleep deprived, having not slept a wink on the plane. It had been an eight hour red eye and although I had tried too sleep, I couldn’t. Thoughts racing through my head. Love, loss, anniversaries. It was all painfully there. A huge hole in my heart that didn’t want to heal.

Part of me hadn’t wanted to go to Paris. But, as I stepped off that plane and breathed in the French air, I was struck with the sudden sense of freedom. It came as a shock. It was a feeling I hadn’t expected.

The last two months had been a calamity of vomiting, drinking, vomiting, drugs, binging, vomiting, blacking out and more bingeing and purging. All in an attempt to forget the emotional pain I was in, which was only made more brutally aware, as I approached the first anniversary of my sister’s death. I always remembered the tiniest details, the most mundane conversations  and yet I didn’t remember the last month. It was a naked blur. Literally. I had woken up in more irresponsible situations then I cared to count.

Part of me was ashamed. Part of me just didn’t give a shit. Another part, the tiny voice in my head, kept whispering this isn’t me.

That little voice was right. It wasn’t me. But then the “old me” was gone. And I couldn’t quite figure out who the new me was.

I was spinning down Alice’s rabbit hole, and I was perfectly content on this path of distraction and destruction. After all, if I kept it up, I would probably be joining my sister, who had died.

I had never been suicidal, but the thought of seeing her again, gave me comfort. Mine wasn’t the quick trigger of a gun, or the slow absorption of pills, but it was still a slow death of bingeing and purging, drinking and wallowing in grief. A grief I did not want to pull myself out of.

And I also didn’t want to share it with anyone.

But as I took my first steps on French soil and felt my aunt greet me with a hug, and all those the soft French accents encompassed me like a warm blanket, I felt free.

I felt lifted, lighter. I was tired, but for the first time in months, I felt a sense of relief.

My aunt was working on her own healing. Just six months before my sister died,  my uncle had lost his battle to cancer. France had been their “thing.” They had gone every year to visit his daughter, who lived there. Now she was sharing it with me. She had rented a small apartment near the Place des Vosges. We were living like real Parisians.

For the first time in a year, I was feeling something other then pain.

I hadn’t eaten anything yet. I didn’t really feel like vomiting over a foreign toilet. I wanted to explore. To soak up the sites.

We walked through the streets of Paris. We walked over the bridges, seeing Notre Dame, a photo shoot, the Louvre, even Starbucks. It was overwhelming to the senses and I loved it. I was in Paris, the greatest city in the world! (With the exception of New York.)

I am in Paris!

That first night we went out to dinner in the neighborhood. Our restaurant overlooked the courtyard. I ordered mussels and french fries. It was delicious.

But I couldn’t escape my bad habits.

When we got back to the apartment I waited for my aunt to wash up and go to bed and then I proceeded to go into the adorable French bathroom and throw up. I felt peace. I also felt disgust. I was here in what was probably a trip of a life time, eating food you could only dream of, and here I was puking it all up.

I am undeserving. I shouldn’t be here. I should be dead. I am an ungrateful little bitch. Thoughts kept racing through my head. I couldn’t shut them up. I washed up and went to sleep in the  small bed roll next to my aunt’s bed.

The next day I took a yoga class.

I wasn’t just bulimic. I was also addicted to exercise.

It was a love/hate relationship. The first few times I ran, I had panic attacks- breaking down, seeing false images of my sister and what her last moments must have been like. I felt guilty running. I am unworthy. The constant negative thoughts.

As much as it bothered me, I couldn’t break those obsessive habits. I needed to run. It was something I could grasp onto. And being in France, I was not about to break those habits. Yoga was another thing I had grasped onto. At first, for exercise, but then it morphed into something else.

The studio in Paris was small and no frills. It also wasn’t the vigorous vinyasa workout I was used to. They didn’t speak any English. I was apprehensive and insecure and the fact that I was surrounded by uber thin gorgeous supermodel looking French women did nothing to ease my fears.

But my desire to feed my exercise addiction prevailed over all the rest. It was my fix. And I needed it.

There was something about that class that changed my perspective.

I was the only one who didn’t speak English. But it didn’t matter. My body moved through the poses and with these people who didn’t know me and I didn’t know them. All inhibitions were gone. And it felt good. It felt really good. For the second time in as many days, I felt free, lifted, excited.

That day we went to the Louvre. I fell in love with it. The sculptures, the paintings, the building itself. It was escapism, not to punish myself or relieve my pain, but to enjoy happiness. To laugh. To see the beauty.

The more time I spent in France, the more it felt like I was losing myself. But in reality I realized I was finding myself again. I had always been a happy-go-lucky, it is what it is kind of girl. When my sister had been killed, I was unable to process all of what I perceived to be “negative” emotions.

In truth, the emotions weren’t bad or good. They were what I had to go through- what everyone has to go through- when you lose a loved one. It is part of the grieving process. And it looks different for everybody.

My bulimia, as horrible as it was, was part of that process.

It was why it roared its ugly head. It was my version of coping. But with all processes, you can’t stay stuck. You have to move forward. And I felt guilty for that.

To move forward to me felt that I didn’t love my sister that much. That I could easily discard all the memories and love like a pair of shoes or a handbag.

(It wasn’t rational but then when are humans the most rational beings?)

The days seemed to fly by in Paris. I didn’t think I had been angry at God, but while my mom and sister had found solace in the church, I had shied away from it. How could I believe in something, that caused so much hurt and pain?

And no, God didn’t cause the driver to get behind the wheel but God also hadn’t stopped it.

God was doing nothing to relieve the pain. That was what bulimia and blackouts were for.

The time in France, walking through Notre Dame, lighting candles for my sister and my uncle with my aunt, made me want to go to church there.

So that Sunday I went. The service was in French but it didn’t matter. There were people from all over, even non-Catholics who wanted to experience it. As I sat in the middle of the cathedral, I felt peaceful.

It wasn’t absolution from God, but I could feel the healing begin in myself. The forgiveness I so desperately needed to give myself.

The next day we went to Versailles. It was the one place I wanted to see. I had written reports on Marie Antoinette and had been her for Halloween one year. I was bubbling with excitement as we hopped on the train (in France!) Everything was exciting! The trip, traveling along the country side, knowing we were retracing the steps they took when they tried to escape. All of it excited me.

And I let it be. I welcomed that excitement. Seeing the golden gates and finally walking through Versailles, I was awestruck. This was where history had been made, where kings and queens had gathered. World leaders. And here I was standing in the middle of it. Walking the same steps they had.

We had lunch in the stables, which had been converted into a restaurant. I didn’t even think about rushing to the bathroom and throwing up. I was eating in the place that had housed Napoleon’s horses. And while that probably doesn’t paint the most appetizing picture, I was exhilarated.

As much as I loved Versailles, it was actually Marie Antoinette’s other “smaller” Mansion, the petite Trianon, that I fell in love with. It was where she went to get away from the hustle and bustle of court life. Her safe haven away from those who called her L’Autrichienne (bitch) and other harsh words.

It had been her getaway and it was now mine.

History is only history if we make it so.

If we don’t stay stuck in pain and grief and regret we can move forward. That was what France was doing for me. France, with a tumultuous history of its own, had now become my place of joy and freedom, of fun and love. You can move forward it seemed to be whispering to me.

It didn’t mean that I would ever forget. Living isn’t forgetting. It is the exact opposite. It is an honoring.

I know my sister would have never wanted me to go down the path I had been headed. That was part of my shame cycle because I knew she would have been upset.

It was also my process, good or bad. It was the path I needed to go down to become the person I am now.

Our pain can either cripple us or it can make us blossom and up until France I had chosen to let it cripple me.

My aunt saved me.

Two people trying to find their way after loss. It could have been an emotional train wreck. Instead, it saved me from destroying my life. It made me live again.

As we walked back to our apartment on that last night, I stopped by the Seine in front of Notre Dame. I still had a bunch of Euros in my wallet. I pulled out the skinniest copper penny that I had. I made a wish. Opening my eyes, I gently threw it into the river. Hearing the plop as it sank into the dark water below, Notre Dame’s lights flickering like beacons of hope.

I was going home. 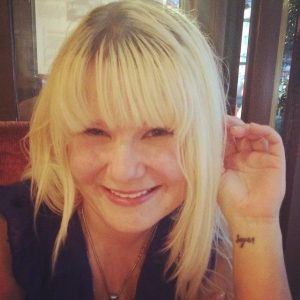 Kate Sutton is a wannabe writer, part time yoga instructor and a student who loves to learn. She always finds a way to laugh because after all that is the best medicine. That, wine, and maybe some good Swiss chocolate. She currently resides in New York, where reality checks are a daily dose and dreams of Paris tend to dance in her head. Here is her blog. You can also connect with her on Facebook. 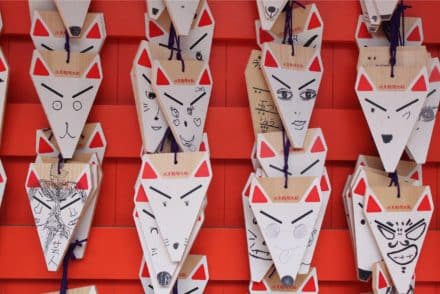 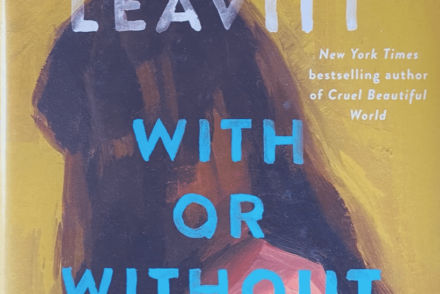 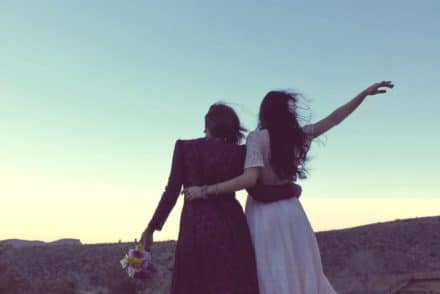