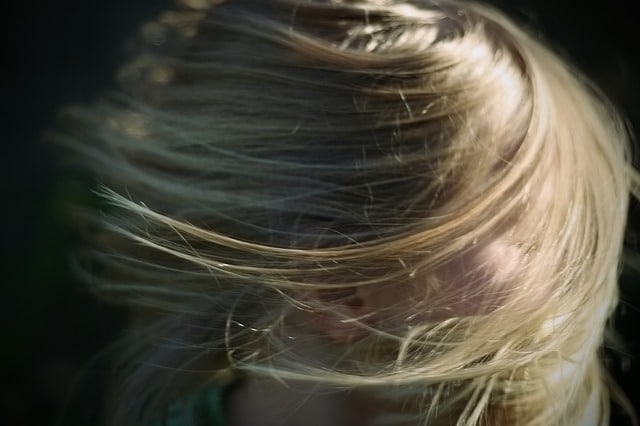 Not too long ago, I was sitting in Katherine’s chair as she told me all about cutting her son’s hair for the first time.  She said her little boy, while very cute, had been going through life practically blind, and so she knew it was finally time to do the deed. She explained that she had the “great idea” to do it in the bathtub because then he’d have nowhere to run.  Only he squirmed and splashed and shrieked like crazy. I will never understand what makes first haircuts so scary to kids, but according to Katherine, her son was in a state of abject terror. Rather than abort the mission, she forged ahead and speedily hacked away at him with her newly sharpened scissors until all that remained was a jagged, uneven fringe of barely bangs just below his hairline. That and a soaking wet bathroom.

As Katherine, who happens to be my excellent hairdresser, shared her story, she pulled strands of my own hair across my face, measuring and trimming until she was completely satisfied (no crooked cut for me) and then she pulled out the blow dryer.

Lulled by its drone and the absence of conversation, I began to replay my morning. A morning, that like most mornings, had been nothing short of a shit show. First, my Little One wouldn’t get up, wouldn’t get dressed, wouldn’t brush her teeth, wouldn’t eat. None of this is that remarkable except she’s not that little and when I say “wouldn’t,” I mean would not… which lead to a knock-down, drag-out fight during which I bellowed crazy threats and threw hairbrushes. Not good.

After I eventually got the Little One off to school, I found myself driving around the junior high in circles with the Big One, who was weeping and begging me to let her skip school, even though we were almost there.  We circled. And then we were almost there again. And then we circled. And we were almost there again. I couldn’t seem to get her out of the car, nor was I about to take her home.  And so I just kept driving in circles, trying to figure out what to do – when in reality there was nothing to figure out, she was going to go to school. Middle school hall of horrors that it was – she was going to go. And, finally, when I stopped driving, she did.  And by the time I made it back home, I was so spent and full of despair, I could barely walk the dog who, poor thing, had clearly had to pee since before all of this nonsense began.

On mornings like these, I feel like a great big phony. Me, with my Ph.D. and my fancy downtown private practice, sitting in my big brocade armchair in my skinny little pencil skirt dispensing wisdom like water.  How can it be that I am a mental health provider and yet there is not an ounce of discernable mental health in my car, my kids, or my house? What would my patients think if they saw me driving around and around in circles?

Katherine shut off the dryer and jolted me back to the salon, handing me a mirror to inspect the back of my head. Since I can’t see the back of my head, I don’t care what it looks like so I can never really understand the point of looking.  It’s kind of the way I feel about my ass and maybe that explains a lot of things but I digress. Katherine spun my chair 360 degrees and returned to her story.  She explained that her only saving grace was that no one who saw her son and his mangled mane at the daycare center knew that she was a hairdresser. Maybe that’s the secret. Maybe I should adopt Katherine’s strategy and just stop telling people what I do for a living. As it is, when people ask about my work, I am quick to say that “I only treat adults” and “I don’t know a thing about kids,” after which I jokingly add, “As evidenced by my two daughters!”

I looked in the mirror at my perfectly blown out reflection. My hair straight, and full and all Jennifer Aniston-y/Jennifer Lopez-y. And the blonde highlighted bits, just maybe, make me look just a bit hipper than my middle aged, suburban self. And suddenly, as I sat in Katherine’s chair, a light went on in my beautifully coifed head: maybe Katherine and I, maybe all of us, maybe we’re all just like the shoemaker from that old story, you know the shoemaker whose children don’t have any shoes. Maybe we all fall short at home, or at least feel like we do, feel like frauds, even. Come to think of it, my husband is a lawyer, and no matter how much I pester him, we still don’t have a will. And then there’s that old friend of ours who’s a real estate investor who’s about to go into foreclosure on his own house. I guess I am a lot like they are. It is remarkable how articulate and compassionate I can be when talking with my patients about their husbands and children. And then I walk in my front door, just step across the threshold, and I am totally ill-equipped, I am losing my cool, I am driving in circles, I am lost.

But maybe it’s not that we’re neglectful, like the story suggests, but rather that we invest too much, try too hard, when it comes to the values and ideals that matter most to us, we’re acutely aware of our own frailties, of when things aren’t quite how they should be, or how we’d like them to be, or how we always dreamt they would be. Maybe we fail, because we care.

But if there’s some universal truth to the cobbler’s story for me, I wish I could have grasped it sometime before going back to graduate school. Somehow sending my daughters out into the world with bare feet or bad bangs doesn’t sound so bad. But not me. These days, I am out in the world with good hair, if nothing else, very good hair…

Nina Uziel-Miller earned her bachelor’s degree in theatre at Northwestern University where she returned to complete her doctorate in clinical psychology. She has a private practice in which she works primarily with women and much of her work is with pregnant or post-partum women and mothers. In addition, she is an assistant professor of Clinical Psychiatry and Behavioral Sciences at Northwestern University. Nina lives outside of Chicago with her husband, two daughters, and their wild mutt named Willie-May. Her work can be found at https://thesmartset.com/home-shopping-network/ and https://www.litro.co.uk/2016/05/essay-longest-bone/. 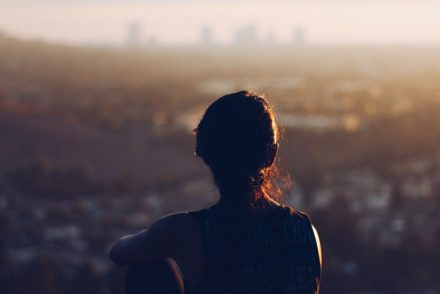 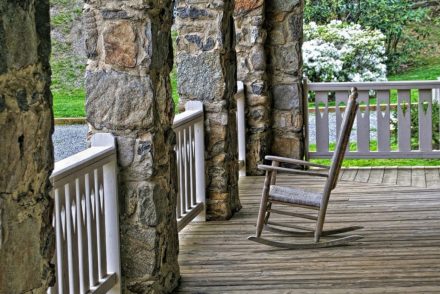