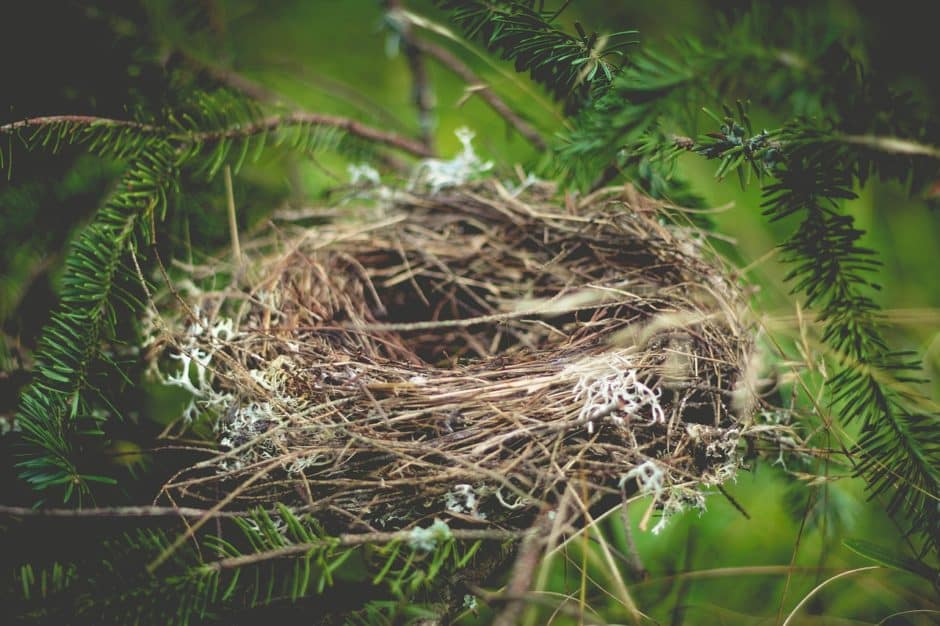 “Ooh, look at the babies!” my daughter exclaimed at dinner. I hurried around to her side of the table from which she had a clear view of the park outside. Over the years, we have all held to our assigned spots at the dinner table, although my husband has moved into my 19 year-old daughter’s chair since she left for college. The other seat, my son’s seat, has been vacant for a while, but I leave a fresh cloth napkin and a placemat for him.

The baby goslings tottered around after their mother who nosed them in the right direction of the water. The sun was low in the sky and my eyes are not what they once were, so the goslings appeared as electrified yellow balls. Cute, as my daughter pronounced, but also dangerous in their vulnerability. I knew that in mere days they would be transformed into gawky, unsteady juveniles, the cute baby stage left behind.

This morning, there is the smell of perfume in the kitchen. She has left but I still smell my daughter in here with me. It is her voice on our answering machine. A message recorded when she was probably in middle school, the voice of a young girl, my baby. She is now 18. She just voted in her first election and will be headed off to college in less than four months. Still, I can’t change the message. We never use the home phone, but I am reluctant to cancel the service because I cannot bear to lose my daughter’s voice on the machine.

There are her clothes to wash and fold and set in the hamper at the door to her room. There is her breakfast to make, not something I need to do anymore, but it is a pleasure now, the years of hurried breakfasts and lunches packed for three before racing kids to different schools a distant memory. In the quiet of her departure, I practice; I practice being in this quiet without dread. There are things I must learn to do differently. I will leave her bedroom door open when she is gone, the door to her bathroom open, too. I will stop craning to hear whether she is awake and moving, in the bathroom straightening her hair, packing her track bag, leaving, returning. I will stop listening for her.

I think of my friend Marlis Beier, a mother who is now a grandmother. Marlis began her career in obstetrics and gynecology and now works in hospice, where she assists people in finding peace and meaning in their final days. I saw Marlis recently at the funeral of a woman she had counseled in death. Marlis squinted up at me in a way that with anyone else would bespeak nearsightedness, but with her evinces a wisdom that comes from experiencing death. What will you do when this last child leaves you? she asked me. Are you preparing to grieve? Yes, yes, I say, offering my standard answer. I have been preparing for a long time. I think I began grieving years before my son went off to college, and he graduated from college a year ago (All of which is true, but what I do not admit to anyone is that in the deepest dark of my self, I know I might return from taking my youngest to college, wait for my husband to leave for work, and disappear under the covers to binge watch “The Good Wife” again). Marlis isn’t buying my story. “In the Hadith, the commentary on the Koran, it says you must die before you die, so that when you die, you will not die,” she says. We are at the funeral of a mother who was only 47, so the mention of death,  four deaths, is alarming, and frankly, overwhelming. Nonetheless, this mandate lingers with me: the necessity of dying each death so that one can live.

As a new mother, I consulted books on pregnancy and then babies’ infancies, guides to breastfeeding, weaning, potty training, easing separation anxiety, and then later, books about the teenage years that I hoped would provide windows into my children’s new silence. Books about raising strong young women, books about raising emotionally intelligent and sensitive young men, books that guided me through pivotal points of parenting, even books on how to bring especial meaning to the celebrations of my children’s Bar and Bat Mitzvahs. There are far fewer books that explore this transition to empty nesting, few books that guide parents through this goodbye and the hollow feelings of abandonment and grief.

I know mothers who are constantly texting with their sons and daughters in college, who wait for the text at 2 or 3 in the morning that a child is home safe in a dorm thousands of miles away. I can’t do that. At a certain point, I have to trust that my children are out there making responsible choices for themselves. I can’t lie in bed worrying about my daughter on the subway in New York City. Or rather, I could worry but to what end? This does not mean I will ever stop worrying. When I get the sudden text from my son asking if his tetanus is up to date, when I get the call that my daughter in Israel has fallen and has a concussion, I worry. A lot. But the rest of the time, I am practicing a letting go, practicing faith that they will be okay, that I know who they are, trusting that I have raised kind, thoughtful and mature individuals who will make the best decisions for themselves and those around them.

I am suspicious of the moms who tell me that being an empty nester is the best thing yet. They have huge smiles on their faces and I know they mean to reassure me when they say they often don’t even bother cooking dinner now. Do you have a dog? I usually ask, grateful for my own dog and his noise and needs, his blanket and chew toys strewn across the kitchen floor like the race cars my son abandoned after careening them into a cabinet. The dog helps, a mother usually admits, and what I hear in her voice is that she, too, needs someone, something to continue to mother.

The term, empty nest, denotes purposelessness. Whom do we tend to when the nest is empty, the chicks fled? I call Marlis to tell her I reject the negativity of this syndrome’s name, and the word ‘empty’ which conveys loss. She tells me this is a mistake. “Lean into it,” she tells me. ‘Empty nest’ does convey grief and death, she says, experiences we don’t like to talk about in our culture. This is what the Hadith commentary about dying before dying means. It means really grieving a death, in this case, the death of our identity. We cannot avoid the work of grieving. “If you practice being conscious every time life changes, you will give birth to something new,” Marlis says. “But if you do not take the time to grieve, if you avoid that pain, you miss the opportunity to be fully present for yourself and others.”

23 years ago, when I was pregnant with my first child, I stood in an elevator next to a young mother. She held the hand of a small boy. For a second, the elevator froze and it felt as if we hung in the balance, our breath caught in our throats, and then the elevator lurched in descent, and the boy cried out, Whoa! I’m getting taller! I understood he was expressing the dizzying sensation of expansion, the elevator dropping, our breath stretching deep into our stomachs. I smiled at the boy. My own son, I thought then, might teach me poetry. I didn’t have a clue in that elevator. Yes, my son and daughters have taught me to see and feel and experience acutely, but they have taught me so many, many other things too. Almost every day they model discipline and relentless hard work. They model kindness and compassion. They model affection and love. And now, they are leading me to embrace the paradox of joy and grief.

Okay, mama, my 18 year old says, when I tell her I’d like to run around the high school track with her one last time, to retrace (in my slow jog) her lighting speed steps in lanes 4,5 and 6, the best lanes for her race. I want to be able to drive by the track next spring when she isn’t here and remember, to picture her there in the blocks, along with my son, poised at the mass start of the 800, my other daughter bounding over the bar of the pole vault. This is the track where I have spent so many years cheering on our kids, where I will keep going to cheer on other kids when my daughter has left, but it won’t be the same. I will cry on our last lap around the track. I will give her permission to cry. I will model the hard but essential work of grief, and she will know the depths of both my grief and greatest joy. I will die this death, and in doing so also honor the woman I have been in mothering my three beautiful children, an identity that has brought meaning and love to every day I have spent caring for them. Now, I have work to do: to lean into the pain, to grieve fully, to weep some more, and then, then, take the first steps in filling the quiet space of this nest I have nurtured. Already I feel it, a quickening, the possibility of new life, if I am willing to go there. I think I’m almost ready.

Claudia Hinz lives in Bend, Oregon. She graduated from Harvard and received her master’s degree in English from SMU. Her essays, fiction, articles and book reviews have appeared in The Boston Globe, International Herald Tribune, 1859 Oregon’s Magazine, Flash Fiction Magazine, Bend Lifestyle Magazine, BLUNTMoms and True North Parenting. Her first novel is out on submission. 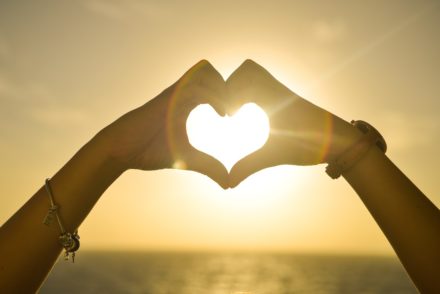 The Long Painful Road to Loving Myself 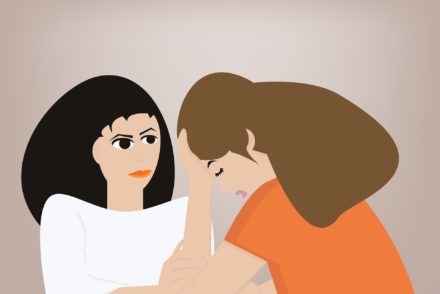 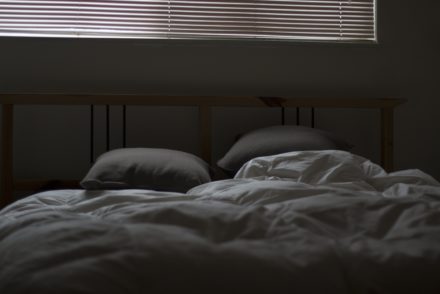