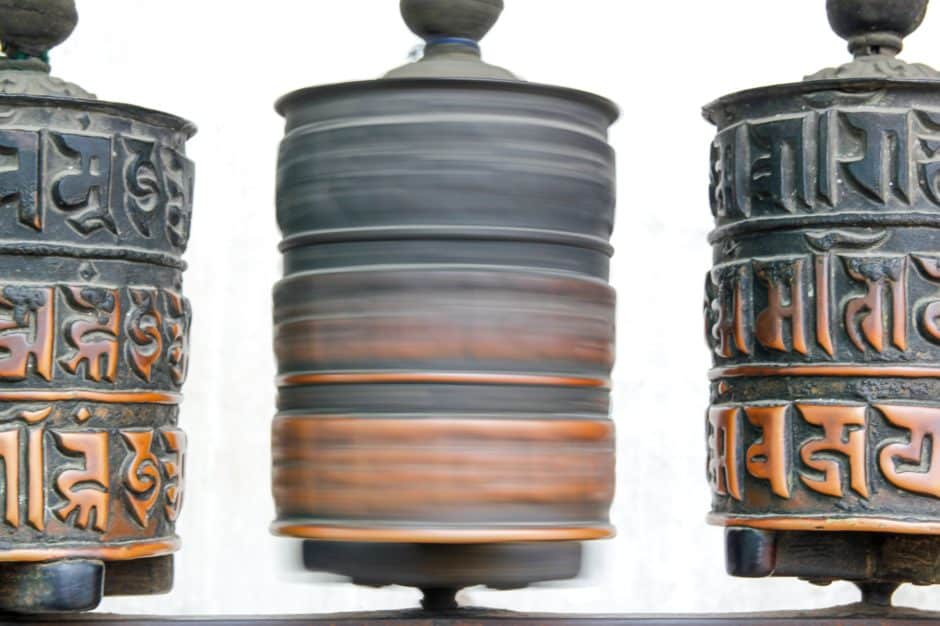 We sit in a circle, legs crossed, each of us nearly grazing one another’s knees. The heating vent hums. Light comes soft and yellow from the high ceiling. The view from the glass door in the corner of the room tells us the sun has already set- it is after 6 pm. On the first day of 200-hour yoga teacher training, we are strangers who sit together, searching for something we can’t name. There is a shuffling of limbs and papers as our teacher encourages us to open to the first page of Patanjali’s book of sutras. Together, we are to recite the first sutra in Sanskrit: atha yoga anushasanam. We will recite it six times together. I close my eyes. Immediately, my mind leaps into action.

Isn’t it pretentious and appropriative say these words with such weight when we don’t know what they mean? Why is everyone going along with this? Why is my mouth moving if I don’t prescribe to this?

But, do I actually prescribe to this? Maybe I’m not pronouncing anything right. Why can’t I remember the words without being prompted repeatedly? Maybe this was all a mistake and I should run out of here and go back to saying “thank you” to my Judeo G-d after my 6:30 am stretches. Leave it at that. Does anyone else feel this way?

I open my eyes and search for anyone’s gaze to meet mine across the room, but everyone seems fixed and concentrating.

Then, rolls the anger in.

How dare the western market implement this traditional healing practice in an expensive as f*ck yoga teacher training. How dare I, as a Russian-Jewish white person with no background in any other tradition, trust this training to equip me to teach something so outside my scope of understanding?

I’ll bet the wooden floor I’m sitting on was stolen from unconsenting forests and here I am training to be a yoga teacher to encourage unity.

Here I am, on the edge of a self-care industry which profits from our anxiety, encourages us to spend our savings in order to feel any semblance of embryonic peace. Is it my learned individualism that throws me into “taking care” of my buzzing gut? Why is this spiritual practice treated as a commodity?

Anger spirals until it reaches down to the pit of disappointment.

Just relax for a second and say the words! Why can’t I just accept this Sanskrit phrase and sink into it? Is this is all wrong?

At the end of the sixth repetition, the room falls silent. A feeling of awe and surprise washes over me.

This clean room in Boston reverberates with the rich, ancient tongue that lives here too, far from her roots in India (or so I assume). The emotions quiet and I listen to thirty-eight people breathing with bodies full of stories and a city ambulance roaring in the distance.

In other words: Here, now, the practice of yoga begins.

To investigate the here and now of this five minute brain overdrive, I have no choice but to examine the legacy of Sanskrit as the language of modern yoga.

As a continuing student, how do I start to understand the dissonance I felt during the beginning of the sutra recitation?

As a fledgling yoga teacher, what role will Sanskrit play in my public classes?

Is integrating Sanskrit into modern yoga essential? Does it help preserve the evolutionary roots as respect for the practice? Does it exoticize the practice to appeal more to the western masses?

The word “Yoga” itself comes from Sanskrit meaning, to “yoke”, to create unity. One could interpret this practice as a way to unify the body, mind, and spirit. It also encompasses unity and connection with others: our teacher, community, the hum of the world.

What if  the essence of the word could mean something deeper too: unifying yoga’s origins with its evolution.

It means being aware of the threads that connect all of us through space and time.

The thread of Sanskrit is most likely very alive in your own native tongue.

Estimated to be 3,500 years old and sharing roots with the majority of modern languages in Europe, Sanskrit is categorized as an “Indo-European” language. There are 3.2 billion native speakers of Indo-European languages on every inhabited continent in the world today.

Before having a written alphabet, Vedic Sanskrit lived as an oral tongue passed on through memorization. One of the first records of transfer to written language was in 1500 BCE when priests and scholars of Hinduism decided to preserve hymns and poems. They compiled the oral traditions of “The Vedas”, which translates to “the knowledge”.

From there, evolution and mutation ran its course, expanding written Sanskrit from the priest class to the masses in India as power dynamics and literacy between classes shifted. Thousands of philosophical and religious Hindu texts were written and communicated in Sanskrit, as well as Buddhist and Jainist ones.

Today, Sanskrit is considered by some to be a “dead language”, like Latin. It declined in its abundance around the 13th century when Hindu kingdoms began to disintegrate due to invasions from other rulers, and the hubs of Hindu literature perished.

But Sanskrit is very much alive in other ways.

To trace the thread of modern yoga practice is a winding task. The evolution of Sanskrit in yoga is just as nebulous and mysterious.

One could, with a variety of resources, trace yoga back to sitting meditation in Patanjali’s day. One could also associate it with the Hindu religion and mysticism. One could relate it to Dutch gymnastics and products of British imperialism in India.

One could also credit yoga to Krishnamacharya, “the father of modern yoga”, who brought scholarly knowledge of Sanskrit into his teachings in India in the early 1900s.

Pattabi Jois (1948) or Iyengar (1966), the men who systematized the yoga postures many people practice today, followed in Krishnamacharya’s footsteps.

One could argue yoga is exercise or lifestyle or philosophy. One could even say that yoga is practicing focus of the mind, in any way, shape, or form.

One could say it is undefinable.

No matter which lens you use, this is certain: modern yoga is a union of countless movements in history.

Expanding all over the world, yoga has become, at its core, universal, with all its mutations of lineage, language, and interpretation. My Russian-speaking sister who practices yoga in Moscow knows corpse pose as “śavāsana”; my Spanish-speaking training classmate from Mexico knows mountain pose as “tadasana”. These terms can serve as references that unite people across otherwise existing barriers.

If it’s so universal, why does reciting Patanjali feel so dissonant to me?

On many levels, Sanskrit still feels coded and unfamiliar.

There is a presence of deep wounding, of imperialism and consumerism and ignorance.

But there is also the presence of deep time, of history moving through our mouths, of collective sound and echo – the most elemental thread.

The yoga, the “yoking”, exists in both noticing the unity and picking apart its details.

Sanskrit serves as a reminder that we have a lot to learn. The mystery of movement, evolution, and origin is bountiful.

Patanjali’s first sutra invites us to not only “be here, now”, but also to examine what the “here” and “now” consist of.

Here and now is not an isolated event. It is the woven fabric of limitless threads.

Here and now, we breathe recycled air from billions of organisms, we build our homes on billion-year-old fossils and moving rock.

We stand on the shoulders of written and forgotten history;

We inherit language and wisdom that is so fluid, so integrated into the mundane, that most of the time we can’t even distinguish the pattern.

In comparison to the vast “here and now”, we are all beginners.

Donna Vatnick is an explorer of relationships and our inner universes. She writes pieces about intimacy, loneliness, and vulnerability. Donna also love to paint, write music with her bands “Otter” and “Strawberry Machine,” and feel the wind. 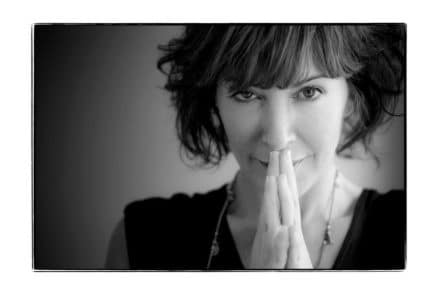 Dear Life: What If We Can’t Figure It Out? 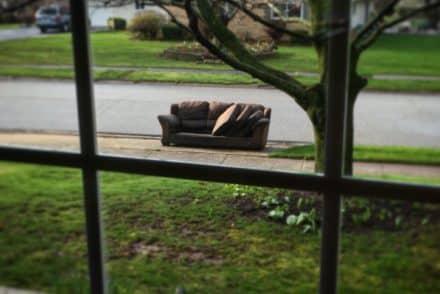 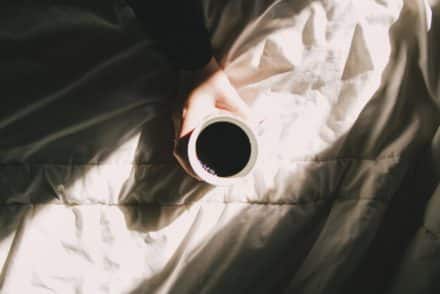 We Must End Period Poverty For All Women And Girls