December 1971, a clear, cold late afternoon sky. Maya had good luck thumbing rides after leaving college in Des Moines that morning. She was now within thirty miles of her family’s home in Evansville. But for the last couple hours, she’d been standing by a two-lane road in rural southern Indiana, her backpack at her feet, cars and trucks whizzing by as if she were invisible.

She was making the mandatory trip home for the year-end Xmas shopping and gluttony revels conjured by the retail industry, with the assistance of spectacular imagery explosions: Coca-Cola Saint Nick, the stable scene in Bethlehem, jingle bells silver bells candy canes at the five and dime dreaming of a white Tannenbaum hung by the chimney with care. Scrooge and his entourage of spirits had materialized again with the reminder that anyone who didn’t shop until he or she  dropped one was going straight to hell; and  there was Bob Cratchit and (god-bless-him) Tiny Tim to obscure awareness of the atomized, essentially gratuitous, American family. The seasonal hoopla, whose continuance was guaranteed by cultural inertia, reduced millions to depression.

Maya liked the word “inertia.” Both of its contrasting definitions were appropriate where “the most wonderful time of the year” was concerned. “Inertia,” on the one hand, described tendency of things in motion to continue in motion until impeded by an external force or obstacle. Otherwise, the term referred to stagnation, immobilization, paralysis, and torpidity.

If “inertia,” in both senses, was valuable for describing the year-end holidays, it  described also the American educational system that involved her, superintended by what Paul Goodman called the “school monks”: the creeping sludge of curricula, schedules, and testings valuable mainly for developing habits useful once a person was conscripted into the employment army: showing up on time, sitting still, following  instructions.

She’d encountered recently in a college text, William F.  Ogden’s conception of “culture lag,” a form of inertia. As rural-small town America was undergoing transformation into a predominately urban and industrial society, Ogden observed in 1922 that the altered material circumstances did not prevent people from passing on from generation to generation mores, values, and folkways that had originated in other circumstances. Conflicts between expectations and reality were inevitable. “Culture lag” epitomized Maya’s life experience. She understood immediately what Ogden was saying without even having to read the book in which he had said it.

She’d been warned countless times about the dangers of hitchhiking, but she’d  never had any trouble on the road, and liked thumbing rides. There was a pleasing simplicity about having one’s attention being focused on the simple task of getting from here to there,  temporary liberation from the dubious purposes and artifice imposed on her otherwise.

However, she was feeling a little anxiety at the moment. It was getting late. Dusk came early that time of year. Traffic was sparse now, and the temperature dropping. A cold breeze blew fitfully. She was not far from Evansville, but too far to walk.

A huge full moon appeared on the horizon. From the back pocket of her jeans she withdrew a little red notebook whose cover bore the title she’d scrawled across it:  MANTRAS FOR ALL OCCASIONS. The “mantras” were lists of related words she’d jotted down, mainly synonyms, characterizing aspects of her life experience. In order that the moonlight would shine over her shoulder on the pages, she turned her back to the roadway. Her musings on inertia and culture lag attracted her to the page titled GOING THROUGH THE MOTIONS. Listed under it were stereotyped, standard, walking through it, keeping up appearances, pro forma.

She flipped through the pages to PASSE: outmoded, defunct, dated, extinct, fusty, old-hat, out-of-date, faded, lapsed, obsolete. The enigmatic phrase “a posthumous society” which she had written in parentheses at the bottom of that list after encountering Ogden, brought a smile to her face.

A presence in the corner of her eye caused her to look back to the roadway. Approaching slowly, silently, was a  scene from a nostalgic Christmas card: a carriage pulled by four horses. The driver seated on the carriage bench above the horses, reins in hand, wore a top hat. She assumed the coach-and-four were participants in Christmas festivities somewhere, and it did not occur to her that might try to hitch a ride, but the carriage kindly stopped for her, and the door in its side sprang open invitingly.

“Are you going to Evansville?” she called up to the coachman, whose face was silhouetted by the moon so she could not see its expression. He did not reply, but simply extended an arm, and pointed a finger, to indicate his direction, which was toward Evansville. Wherever specifically the coach was bound, she would at least be going in the right direction, better off than where she was.

The coach was egg-shaped. She stepped through the open door. The dark interior was only large enough for a single person. There was no one inside. Who had opened the door? Seating herself, she felt the upholstery grip her shoulders firmly on either side. The door shut.

When streetlights began to appear Maya supposed the coach had reached the suburbs of Evansville. She must inform the driver where she wanted to be let out, since for all she knew the coach might pass through Evansville, cross the Ohio River on the bridge to Kentucky, and continue into the South. Stagecoach compartments in historical films she had seen, had little windows that could be opened to allow communications between passengers and drivers. She felt along the front wall of the dark carriage, but found nothing of the sort. Perhaps she could get the driver’s attention by rapping on a solid surface, but she could not find one of those, either. The interior of the coach was a padded cell. She tried the door handle. It was locked.

Now the carriage was passing homes in residential streets, and when it came to a halt she saw through the carriage window a portion of a house door decorated with the blinking red nose of Rudolph the Reindeer, which could only be the battery-powered seasonal ornament her father installed every December. She had somehow reached home.

The carriage door opened. She got out. Making her way across the lawn to the porch, she watched the carriage continue down the street silently to the dark dead-end where it appeared to vanish.

The house door was unlocked. She entered. From the foyer she could hear a murmur of voices, and the dining room clink and clank of silverware on plates. She went to the doorway of the dining room where her mother and father, with her two younger siblings, were at the table.

There was no response.

Her little brother, the one with artistic skills, was drawing on a paper napkin.

“I expect Maya will be barreling in any time now,” her father said.

“If she didn’t decide to spend Christmas somewhere else,” Mother put in.

“Goofy Maya,” her brother Timmy said. “I did a picture of her.” He handed around the table the cartoon drawn on a napkin, Maya glimpsed the caricature which featured her very large ears. The picture stirred general merriment.

“It’s a good picture,” Dad said, “but you shouldn’t make fun of your sister. She’s just trying to find herself.”

Maya was reminded of Alan Watts’ remark that people trying to “find themselves” could be trying for a long time, since they were looking for what did not exist.

“With Maya, we just have to batten down the hatches and be patient,” Dad said. “She’s smart, and there’s nothing with her that getting a job, marrying and having a couple kids won’t fix.”

“I’d be happy if she just stopped hitchhiking,” Mother said. “It’ll be the death of her.”

James Gallant’s “La Leona, and Other Guitar stories,” which won the 2019 Schaffner Press Prize for music-in-literature, is now available from Amazon, Barnes and Noble, etc. His e-novel, “Whatever Happened to Ohio?” from Vagabondage Press, and a collection of essays and short fiction, “Verisimilitude: essays and approximations,” published by Fortnightly Review press (UK), appeared in 2018. (Gallant has been an online columnist for FR since 2015 (http://fortnightlyreview.co.uk/category/verisimilitudes/). His website is: www.jamesgallantwriter.com

Is your writing ready for the next level?

Bestselling author Emily Rapp Black has limited space in an online workshop through Hugo House. This ten week intensive is designed to work with the narrative clay that each writer presents, and helping the writer shape that piece to its highest level. Check out this unique opportunity! 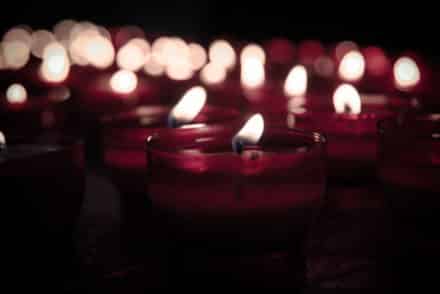 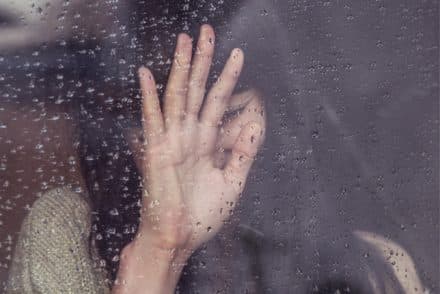 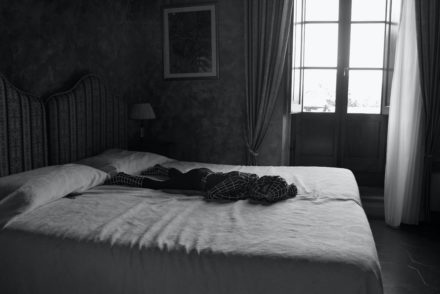 Time, Touch, and a Whale’s Grief