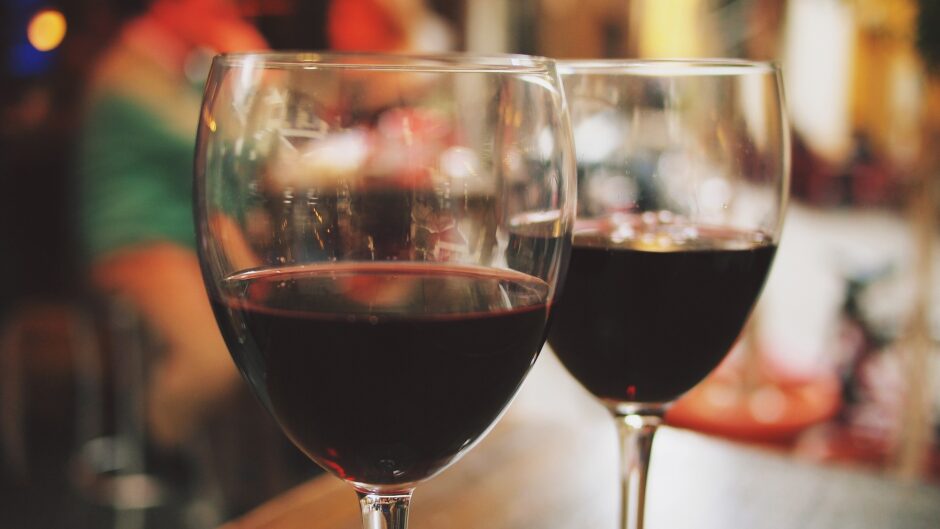 I took my most feminist action on a cold, grey day in January 2017.  I strapped  on my fanny pack with my id., my i-phone and three granola bars. A friend had knitted me a hot pink hat that was supposed to look like a uterus.  She was new to knitting. The hat was too small and looked like rhinoceros’ head.  Still, I stretched it over my head and made my way to the Benjamin Franklin Parkway.  I was ready to protest the inauguration of our pussy-grabbing 45th President of the United States.

I met Catherine at Logan Square—Philadelphia’s version of the National Mall.  Tens of thousands of other women stood shoulder to shoulder with us.  The crowd began to inch its way down the Parkway.  “Racist, sexist, anti-gay, Donald Trump Go Away,” we chanted in unison.

Catherine and I stopped to take selfies.  We huddled together around Catherine’s i-phone. We admired our photography.  We edited the pictures we liked best.  There was one of me with my rhinoceros horn standing at attention, I held up a peace sign with one hand, my LOVE TRUMPS HATE sign in the other. My lips were glossy and just pouty enough-the picture was Instagram ready.

A half hour passed. We crept along with the crowd.  We hadn’t gotten very far.  Catherine looked over at me “I’m cold,” she said.

Catherine nodded her head toward the old Four Seasons Hotel.

“Want to duck in–warm up for just a minute?”

We laid our signs against a telephone pole.

We fought our way through the crowded.

The bell boys swung the hotel doors open for us.  The lobby was warm and smelled like gardenias.

I took off my hat, ran my finger through my hair. Catherine tore off her gloves rubbed her numb fingers together. She looked at me.  There was a glimmer in her eyes and an almost imperceptible smile across her lips. I recognized the look from tenth grade when Amy McGowen would routinely convince me to cut school and hang out in her basement all day drinking clear liquid from her parents liquor cabinet.

Catherine held up her reddened index finger. “One glass of red wine.” she said.

Red wine sounded perfect.  I could hear the crowd through the Four Season’s windows. “Show me what democracy looks like.” The crowd chanted.

I held up my index finger. “One.” I said.  I tried to sound stern.  I think I just sounded thirsty.

We sank into two leather seats at a round candle lit table. It was 11:15 a.m. We were the only ones in the bar. We ordered Cabernet. While we waited we grabbed fistfuls of mixed nuts.

The bartender set down our wine glasses. Grabbed the empty bowl of nuts and came back with a fresh bowl.  We sipped our wine and feasted on the nuts.

“First person to talk about their kids—takes a shot.”  Catherine said grinning.

Catherine and I met in 2011 at a Mommy and Me class.  She had twin boys and a Cadillac  of a double stroller.  We bonded over things like the pros and cons of phasing out the second nap and whether feeding the boys vegetables in squeeze pouches would lead to bad eating habits.  Now that our kids were five we consulted each other about whether to do soccer shots and where to have the kids’ birthday parties.  Our husbands coached tee ball together.

When we finished our first glass of wine Catherine cocked her head to one side. I knew what she was thinking. My body felt warm.

The bartender came by, “can I get you ladies another round?”

We answered in unison. I said, “no.” Catherine said, “yes.”  The bartender grinned and brought two more glasses of cabernet.

“He is cute.” Catherine said about the bartender.  Then she told me that she hadn’t had sex with her husband in a year and half.  I was shocked but, tried not to show it.  She told me how rough their marriage was.  How unhappy she was. How she fantasized all the time about being with men who truly desired her.

I told her about how rough my marriage had been. I told her how we almost didn’t make it –how we worked so hard to get to where we are today but that things still felt so fragile.  I gave her the number of our couples counselor.  She typed the number into her phone.  She told me about the trauma she endured in her childhood.  She cried and so did I.  We kept shoveling in the nuts as we sniffled into our cocktail napkins. No one suggested bringing tissues to the March.

Catherine twirled her index finger in the direction of the bartender. He brought us two more glasses of Cabernet. I told Catherine about Pema Chardron, Eckard Tolle and Marianne Williamson.  She had never heard of any of them.  She typed their names into the notes in her phone. My body felt weightless and my head heavy.  I couldn’t hear the protestors any longer.

We ordered French onion soup.  It was the best I’d ever had.

I admitted to Catherine that even though Dylan was five years old I still checked to see if he was breathing multiple times a night. I told her I knew that was crazy.  I told her I loved him so much sometimes I thought my heart would explode. I said I wasn’t sure it was healthy.

She told me I had to take I shot.  I refused.

Catherine threw her back and laughed.  I laughed too.

“We are a couple of bad ass feminists aren’t we.”  I said.

I described the day to my husband as “empowering and invigorating.”

Tammi Markowitz Inscho is a reformed trial lawyer turned writer. She lives in Philadelphia, Pennsylvania with her nine year old son, Dylan and husband David. She has written pieces that have been published in the Philadelphia Inquirer and is currently working on her first novel. Additionally, Tammi leads writing workshops for kids and teen girls.