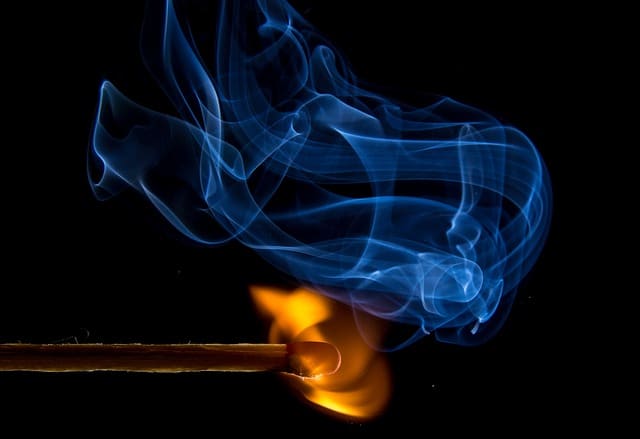 “It’s hot as blue blazes!” I said, wiping the sweat from my face with a faded, red bandana. I wet it under the garden hose and lay it, cool, around my neck.”

“Can we get more ice cubes, Mommy?” Rebekah asked.

“We’ve used them all. They go fast when it’s a hundred and six.” I answered, stepping into the soupy water of the plastic pool where my daughters sat with squirt toys, dolls, and blades of grass bobbing on the surface.

Rachael hugged my bare legs and lay her cheek against my knee. “Can we go to a real pool, Mommy?” She begged. “…a big one with a divey board and everything, … please?”

Both girls stood up in the tepid water and began to dance. “Swimmy pool, swimmy pool!” they chanted.

I stepped out, brushed the green cuts of grass from my legs and headed for the house.  “You-all play in the sprinkler while I make lunch!” I called back.

“OK, Mommy!” shouted Rebekah, dragging a hot hose with a sprinkler ring spraying behind it.

I walked up the back steps, where three air conditioners roared from windows in our rented home. The one near me sounded a loud boom and the walls and wood floor lurched, as the thermostat switched it off or on. I had learned to sleep through it, in fact, it comforted me; for I was born and raised in the blistering heat of North Central Texas. END_OF_DOCUMENT_TOKEN_TO_BE_REPLACED 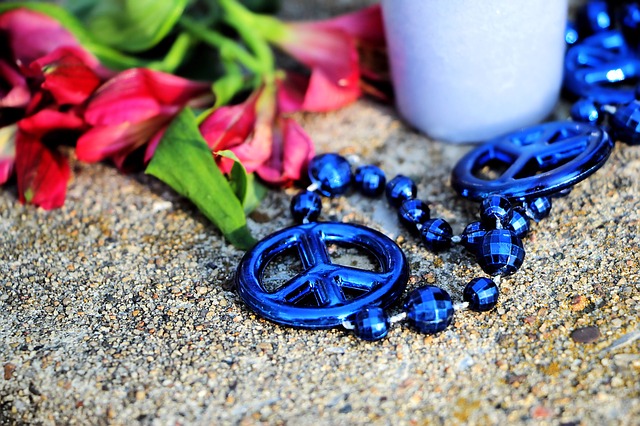 Laughter chimed through the house, and when the bed bounced I opened my eyes to see our children pulling at our pajamas, and shrieking out what they’d just seen under the tree. They begged us to wake up. I was sleepy, but it was Christmas morning, the one holiday a year parents can never sleep in.

I glanced at my iPad. It lay on my bedside table, within my reach, but I refused my impulse to grab it. Instead, I got up, brushed my teeth and followed the kids.

The tree was lit, as we always keep it throughout the night on Christmas Eve. From above, my living room seemed filled with a cloud of shimmering white light, and I descended into it, joining my family, who already had begun passing out gifts.

The holiday season arrived fast this year. In the wake of the presidential election, My husband and I Zombie walked through November, confused, in shock and denial, hardly knowing what to do. By December, we practiced our normal routines of the season, but strangely distant, and for myself, clutching at straws and feeling desperate. We were fixated on news updates as we hauled boxes of decorations from the attic and drove kids to endless holiday performances, concerts and parties. Late at night we mindlessly placed ornaments around the house while watching MSNBC. A pall lay over everything, but our determination to create happiness for the children kept us moving through the familiar tasks. Making art has always seen me through grief and it was, ultimately, my solace this year.  However, yesterday’s antics from our president-elect were sobering and crassly timed. I had gone to bed disgusted and wrapped in dread. END_OF_DOCUMENT_TOKEN_TO_BE_REPLACED 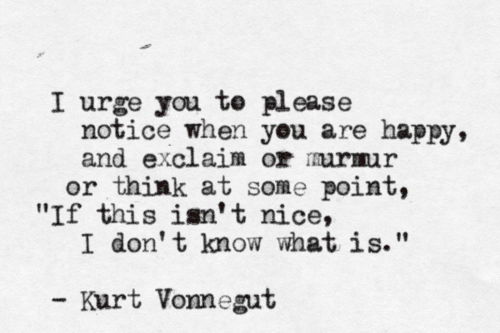 This is the second letter I have written to you, and it comes twenty-six years past the first. Thank you so very much for writing me back, that long time ago, and thank you for the self-portrait. It’s a treasure.

You would have been ninety-two this November eleventh. The world has missed you for these eight years you have been gone, and so have I.

I was sick when I wrote you in nineteen eighty-nine, and didn’t know how much longer I might remain in this earth orbit, rotating, with you, around our sun.  Expressing thankfulness to the people who had encouraged and inspired me seemed a timely act. You were the first on my list and I didn’t get to number two.

I began reading your books after seeing you on the stage of Landreth Hall at Texas Christian University in Fort Worth, Texas. It was my birthday in nineteen-eighty-four.  I was an art major earning a teaching degree with an English minor.  You wrote on a blackboard, diagraming the shapes of stories on a graph, and comparing to each other. Tall and lanky, you paced across the stage, pointing at the board with your long fingers protruding from the cuffs of your tweed jacket. You lectured like our English teacher, not the acclaimed Kurt Vonnegut, the “Primal Scream” of the “Peacenik” generation. In conclusion, you demonstrated that William Shakespeare was as good at telling stories as any Arapaho. That was my first laugh at your sly, impudent jokes. A sharper wit never graced that stage, nor did a greater humanitarian.

I didn’t die. I learned to live with what would chronically ail me, and I went forward with life, with a growing family and the help of modern chemistry. You and I have this in common: the clear realization of biochemistry’s role in who we are and how we live.

Thank you for updating me on your son, Mark. I knew Mark, back in the days when we were crusading for orthomolecular medicine together and it’s use in treating mental illness as a disease, not an emotional state caused by bad mothers and such. Mark wrote a good memoir about his trip in and out of schizophrenia called The Eden Express. It was also a book about our generation, and personal to me, because much of his story was my story, too.

Mark believed that orthomolecular medicine saved his life, and I believed it saved my first husband’s life as well. We spoke in schools, prisons, even before state legislatures, asking that they take orthomolecular treatment to their populations. In the end, we all found it less of a Eureka phenomenon than we had once believed, but many people were greatly helped, and it got the psychiatric medical community’s attention, which led to major advances in understanding and treating mental illness. END_OF_DOCUMENT_TOKEN_TO_BE_REPLACED 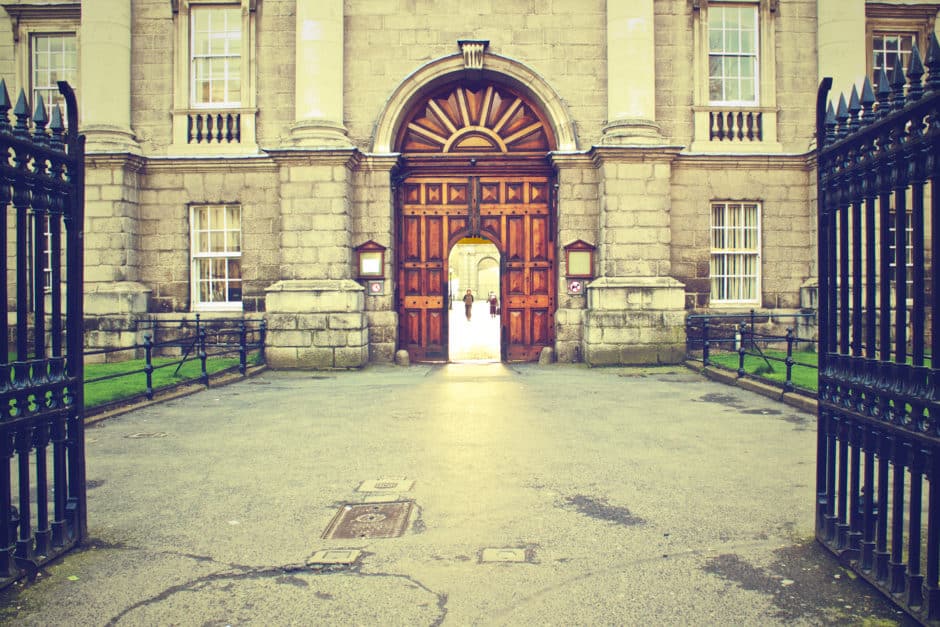 It was during that last, fragmented year of college when I found myself standing, once more, in a hot and rowdy crowd at what would be my last pep rally. My sorority required my attendance, to demonstrate support for the next upcoming football loss.  My school lost pretty much all the time in those days and I had no real interest in football.

This was my fourth year of college and I was twenty-one years old.  This semester I had registered for fifteen units of classes, and not attended a single one. Without a conscious thought, I had devised a simple way to sabotage my life.

My life was college life, and college was the vehicle I used to meet my whims. As a student, I could stay up late and hang out every night. I could dress in magazine fashions and boogie at the kind of parties where everyone drank as much alcohol as their gut would allow, then smile for photographs holding a paper cup while the blue light from the photographer’s flash bulb ignited and smoked.

I wasn’t new at slacking, but this year I had pushed slackhood past the point of no return. I dressed and drove my car from sorority row each morning while my friends left for class. Instead of parking at the main campus, walking inside a limestone building and facing one of the many professors I had never seen and never heard, I drove off in one of several other directions. I pointed the long nose of my yellow Mustang toward the highway, pushed on the accelerator until my toes touched the floor and dreamed I was flying. Three hundred horses of power propelled my wagon of yellow steel toward the horizon and then I was free. With a thrill in my heart, I raced past the contradictions, troubles and lies of my scrambled and misdirected life.

END_OF_DOCUMENT_TOKEN_TO_BE_REPLACED 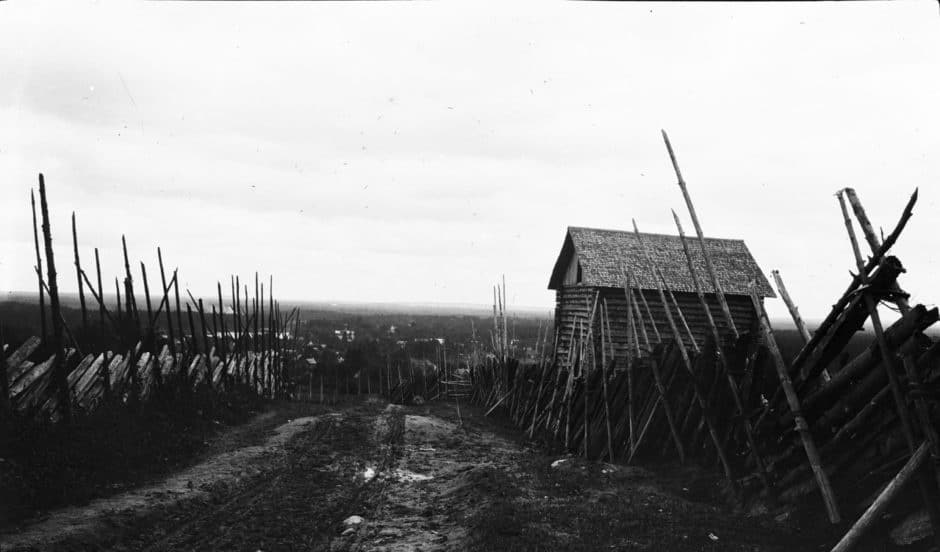