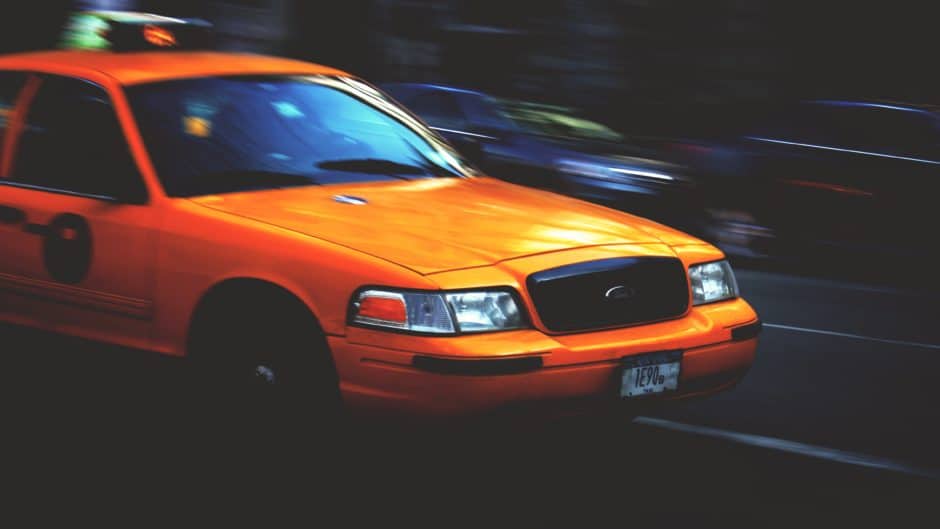 The unraveling began after we finished dinner at a Thai place in Lincoln Park. Our young adult son, his girlfriend, and another friend — all Chicago residents — had joined my husband and me for a drink at our hotel’s rooftop bar before riding together to the restaurant. After we feasted on sushi, stir fry, and bottles of wine, I expected more chatting outside during the wait for our separate transportation, a relaxed goodbye that would manage tectonic shifts beneath the surface where molten emotion simmered. Two weeks before, Michael had informed us that he and Kathryn will be moving in together this summer when their current leases expire.

Instead, I had barely exited the restaurant when a random cab appeared at the curb. Kathryn turned to Michael and said, “Should we just take this?” In the next instant, they hugged us in thanks and piled in the back seat. Michael waved and said, “See you tomorrow!” as the cab pulled away. Suddenly void of their youthful vibrance, the neighborhood became sinister.

Just as abruptly, my switch flipped, and I launched a tirade about the cavalier behavior of our son and his friends. “‘Well, dinner’s over, so let’s take this cab.’ Leaving us alone on the street corner!”

“They probably thought our Uber was on the way,” Joe said, his face angled toward his phone as he tapped out a ride request.

Perhaps, a tiny corner of my brain suggested, they treated us as they would their friends, assuming competence to summon our own transport. Pacing the sidewalk, impatient for our ride, I was not yet ready to listen to that rational voice. Finally, our driver did a U turn to pull up in front of us. I ranted softly about the slow Uber response, the traffic, and then the loud crowd in the bar as we crossed the hotel lobby, rode the elevator to the 7th floor, and entered our room. I imagined sending Michael a snarky text: “Safely back at hotel. Not that you cared.”

Then, suddenly deflated, I rejected the idea. I did not want negativity to define the evening or ruin the next day, the final one of the trip before our return home to Cincinnati. Standing rooted in place, I covered my face with my hands as tears leaked from my eyes and my breath came in gulps. The feelings that combusted there on the street corner came from something. What was it?

Back when I was our son’s age, at another street corner in a different Midwestern downtown, early on a June morning, I prepared to make a right turn in my car, having just dropped off my friend Bitsy at work, when suddenly I heard a terrible, terrible THUMP half a block behind me.

“NO! Please, no!” I said aloud to myself, but I knew someone had hit her.

Without thinking, I stopped my car, jumped out, and there she was, lying in the middle of the street, her purse and tote bag beside her. I watched her attempts to get up, a dazed, almost vacant look on her face, but she was unable to muster all the necessary motions to stand. Bystanders were already gathering. A woman crouched next to her, a hand placed lightly on Bitsy’s shoulder. Stiff with fear, I forced my legs to walk over there. As sirens became audible in the distance, I realized I should notify her parents and ran into the bank to use the phone. Then I went to the fourth floor and recruited a co-worker to accompany her in the ambulance.

The two of us returned to the street in time to see Bitsy being placed on a stretcher. The sight of her in a cervical neck collar made my knees feel weak. “I really have no idea how seriously she’s injured,” I thought. I waited until the ambulance departed before returning to my car – which I’d left unlocked with the keys in the ignition and my purse on the front seat – and drove the few more blocks to my own office, where there were client projects to wrap up in preparation for flying out that afternoon on vacation with my brother.

The anxiety of not knowing the extent of her injuries numbed my limbs and tightened my chest, and I could not concentrate on the tasks I needed to accomplish. Neither could I overcome the fear of actually finding out what had happened. Seeing my distress, my colleague called the emergency room and obtained concrete facts: broken leg, broken nose, bruises and contusions, teeth damage. Bitsy was banged up, but she would heal. My exhale of relief released trembling and a few tears, clearing my mind enough to focus.

Several times during the trip, I called Bitsy’s family to receive updates on her surgery to insert a rod in her leg and her general well-being. Back home afterward, I began to notice how lost and empty I felt inside, as if I were falling through space. Perhaps it was the letdown brought on by the stress-laden vacation, but this inner void persisted. The sensation seemed out of proportion to Bitsy’s condition and in comparison to how others were handling it, but also strangely familiar in a way I couldn’t quite identify. I wept intermittently for no apparent reason, and my clothes grew loose as I dropped weight.

During our afternoon in Chicago with Michael, Joe and I attended a middle school boys’ basketball game at a YMCA where he and his friend coached. The impetus for our weekend trip was to witness something of his life. The pounding of the basketballs on the gym floor, the loud whine of the horn, the piercing tweet of the referee’s whistle and the shouts of players and parents, all of it mirrored Michael’s grade school playing days. The opponents sank a bunch of outside shots early and were up by 15 points at the half, but the momentum shifted in the second and they were tied at the end of regulation. Michael and Fran’s guys went on to win by 4 in overtime, a major accomplishment for them.

Kathryn joined us in the row of metal folding chairs by the sidelines part way through the first half, and we chatted easily for the rest of the game, eventually striking up conversation with the parents on our left.

“Who is your child on the team?” they queried.

Our response — “The coach!” — evoked chuckles all around, but the interaction brought an empty feeling. Being at this game choked me up with happy memories of the past, but also sparked mourning for the present. I enjoyed watching the basketball, because of Michael’s involvement. It was something we had shared during his growing up. Now it wasn’t the same. He was out of college, working, living his own life. We were truly just spectators.

Soon after Bitsy’s accident, I connected the lost and lonely feelings to another traumatic early morning, years before during childhood. It was late autumn during second grade, and my dad entered the pink-walled room I shared with my sister. His distinctive wavy black hair, normally combed smoothly back from his forehead and temples, looked tousled, and his blotchy face, eyes red-rimmed, made my throat constrict. “Well, kids, we have an angel in the family,” he said quietly, his voice cracking as he finished.

“Mom?” I whispered, launching into his arms sobbing even before he nodded yes. Soon after, I left his lap saying, “I need to get ready for school,” but Dad said we wouldn’t be going to school that day. Down in the kitchen I discovered my mom’s parents cooking breakfast. My aunt arrived shortly after. Their presence at our house on a weekday morning when I should be at school heightened my sense of wrongness. My insides felt empty, like I was floating in space, untethered. I had known she was sick and in the hospital, but no one had said the word “cancer” aloud to me. I sat in my older brother’s lap sucking my thumb as the grown-ups conversed in subdued tones.

A few days later, we stood silently at the church entrance watching the smooth unfolding of the metal stand on which the casket was placed after its removal from the hearse. Walking in procession behind the rolling casket down the long church aisle as organ music boomed, I noticed my classmates all seated together in the first few pews of the far left section. I felt glad to see them but funny about it too, the first taste of being motherless as setting me apart from other people, somehow different in a basic way.

Standing there in the Chicago hotel room, the mother of a grown-up son, I confronted the specter of long-ago loss that had surfaced like it always did when life presented a transition. The feelings were the same whether it was moving to a new house or being the last to leave a social gathering or watching as a beloved child flourishes independently. I want so much to be “over it,” but the truth is that childhood loss never ceases to reverberate.

Of course things evolved as Michael became an adult. In theory I hoped that he would find someone to share his life, but this juncture has arrived sooner and in a different manner than expected. It was normal, but I was not. Broken by mother loss, I was inadequate to the task of letting go while also staying connected in meaningful ways. I’d come to understand that such harsh self-criticism pushed me to the periphery, creating the very separation that I fear. Over the nearly three decades since Bitsy’s accident shattered my defenses, this emotional cycle has played out hundreds of times. Circumstances trigger an outburst, followed by self-recrimination and then trembling vulnerability as the acute phase ebbs.

Now I asked Joe to hold me. He hugged me tight, saying little, and the physical contact broke the spell. Tears fell softly. My breathing slowed. My body anchored to the ground again. I returned to the present, knitted back into relationships, to a kinder self-understanding. It’s ok. It’s always part of you. Just let it be there. You’re ok. Breathe.

The storm’s passing washed clean my perspective to reveal the ways that Michael maintains family ties. In reality, he calls home often, and besides welcoming us in Chicago, he visits Cincinnati regularly. Though I miss him being nearby, I am not abandoned. Our relationship is not over; it’s changing. My task is to nurture this new stage gently, like a seedling, allowing it time to strengthen as it emerges and trusting the growth process.

“See you tomorrow,” Michael had said earlier from the cab, words that now resounded with hope and possibility.

Peg Conway’s memoir of early mother loss is out on submission, and an excerpt has been published at The Mighty. Her writing has appeared in America and US Catholic magazines, including an article that received Honorable Mention from the Associated Church Press, and online at Energy magazine and Feminism and Religion. She lives in Cincinnati, OH, and can be found on Twitter @peg_conway. Learn more at pegconway.com.