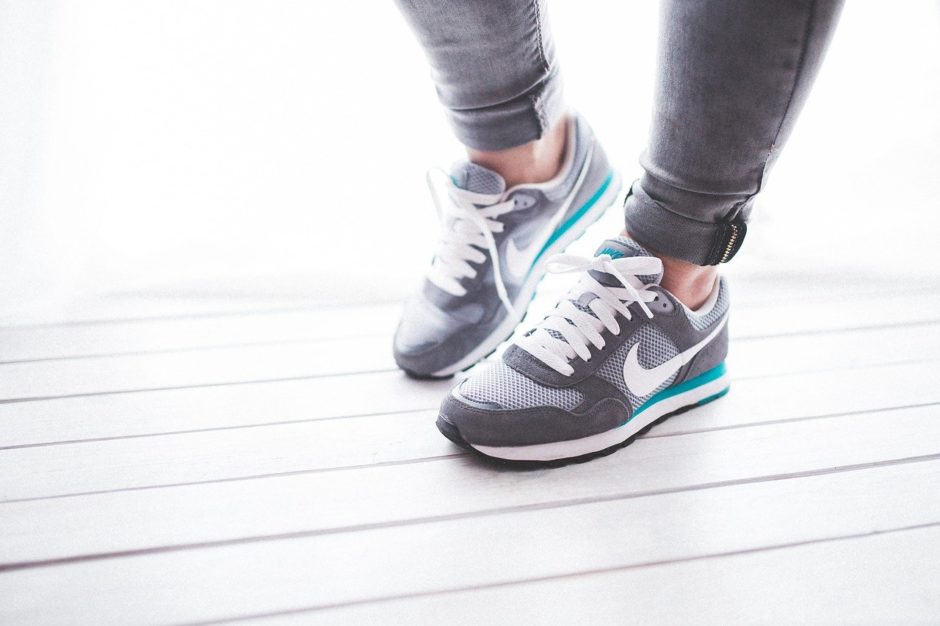 If you’d told me last summer that I’d be training for a half-marathon this summer, I would have laughed hard and loud. Not because it was funny, per se, but because of my mental illness and the crippling grip it has on me.

In 2014, my psychiatrist diagnosed me with bipolar disorder and generalized anxiety disorder. The former is when your mood swings from euphoric highs during which you feel invincible, to deep lows during which you feel the world is going to end – something I realized I’d definitely been experiencing over the past five years. The latter is an underlying condition that I recognized as soon as he diagnosed it: I have been anxious since I was a child, always worried that something bad is going to happen or that I’ve done something wrong, and it’s coloured my whole life. He explained that this combination of illnesses is one of the most difficult to treat, adding that cognitive decline, or changes in your ability to think, is common among people with bipolar disorder.

I tried over a dozen different drugs to manage my illness. One required that I stay close to the bathroom, another sent me to the ER with a migraine so terrible I thought my head would explode. Some medications knocked me out to sleep in minutes, while others led to nausea and vomiting. I got used to experiencing a range of unpleasant side effects, until we finally found a mix of medications that made life a little bit more manageable.

All this is to say that I’ve spent the past seven years being held hostage by my illness. It tells me when I need extra sleep, when I need to avoid groups of people, when I should adjust my medications and, if there’s anything left, when I’m able to be sort of normal. It’s not clear on which days I’ll feel okay versus days when I feel terrible, and there’s no easy way to correlate certain activities or events with a specific emotional or mental response. I still have highs and lows, despite my medication being delicately balanced in an attempt to avoid these swings.

My illness dictates how my days and weeks go, and I often resent it for that. If, as Annie Dillard said, “how we spend our days is how we spend our lives,” then my life is a combination of excess sleeping and trying to maintain a stable mood, like sitting on a children’s seesaw and trying to hold steady in the middle. This is definitely not the life I wanted or expected to live.

My illness has also made me less than active, and that – combined with the unfortunate but common side effect of the medications – has led to significant weight gain and reduced fitness. I haven’t been able to commit to regular exercise or joining a fitness club because my life is so unpredictable. Physical deterioration is not discussed much in mental health circles or stories. As Virginia Woolf writes in On Being Ill, we tend to focus only on the mind, “the thoughts that come to it; its noble plans; how it has civilised the universe. [We ignore] the body in the philosopher’s turret…Those great wars which it wages by itself…against the oncome of melancholia, are neglected.” But having a body you don’t like is just one more thing that feeds depression.

Then last January, something changed. I experienced one of the highest high moods of my life: so high that I had to increase my regular medications and take copious amounts of a new medication to manage it. I felt like I could do anything. I wasn’t sleeping. I was writing essays in my head at all hours of the day. I was purchasing all sorts of things online. I was pitching freelance pieces left, right, and centre. I was back to my former state of juggling more balls than I should have been able to manage. And I loved it.

When you’re used to being depressed, submerged under an immovable weight that just can’t be lifted, a bipolar high feels like a gift, even though you know it’s going to end badly and have serious impacts on your brain function and mood. Indeed, I did a series of cognitive competency tests shortly after one of my earlier high episodes to see if I could go back to work, and I failed several of them – likely due to a combination of cognitive decline and mental fuzziness caused by the medication.

One good thing came from this high, however – I decided that I needed to be more in charge of my life. I wanted a sense of personal agency, something I’d been missing as I was tossed around by the vagaries of my illness and the side effects of the medication. I wanted goals, and a series of steps to reach those goals – steps I’d chosen myself to track my progress. I wanted to be more fit, to be active like I used to be, when I hiked and skied in the Rockies, swam 3,000-4,000 metres every other day, and lifted weights every second day.

What did “taking charge of my life” mean in practice? It meant walking the trails around my house again, something I’d done when we first moved in but dropped during a depressive phase. It meant committing to writing a book about my field experiences as a research scientist. It meant deciding to do the Lake-to-Lake Marathon.

I first heard about the Lake-to-Lake Marathon last year and was intrigued. It follows a gravel railbed trail for 42 kilometres from Shawnigan Lake to Lake Cowichan on British Columbia’s Vancouver Island, crossing several old train trestles along the way. I liked the idea of walking on gravel rather than asphalt, and checking out the view from each of the different trestles. I didn’t think about the training so much as I envisioned a lovely walk in the woods and crossing the finish line.

People with bipolar disorder are notorious for promising the world during a high phase. We have a tendency to take on more than we can manage, and that impulse collides with the inability to do it, leaving us holding the pieces and wondering what went wrong. During that high earlier this year, I promised several writing assignments and ended up having to cancel one and not do as good a job as I’d planned for another, which made me feel like a terrible writer. But I never lost that idea of wanting to walk the marathon.

Some people would have happily chosen a 10-kilometre race, but I wanted to challenge myself with something longer and more difficult, something that would allow me to enhance my fitness levels. I wanted to force my body to listen to me and do as I asked, to push me strongly over the finish line. As my high mood declined, however, I realized that there was no way I could do a full marathon. So I switched my sights to the half-marathon.

In June I got serious about training and started walking longer distances than my usual 3-4 kilometres. My plan was to just walk farther each day until I hit close to marathon length. My longest walk as of the middle of July was 14 km. But walking is time-consuming, and it’s difficult to fit a 2.5 hr walk into an already limited day. I’m up at 8.30 am and back in bed at 10 pm, with a 2.5 hr nap in the afternoon. Within those hours I not only have to walk, but I also have to eat, wrangle dogs, do house and garden chores, run errands, and keep up my writing – especially now that I’m working on a book.

What happens if I have a bad day (or week) and have to stay in bed? Like the day after that 14 km walk, when reality came back to bite me and I had to sleep all day? It’s made me realize that my training has to take into account how my body and mind feel, that I have to consider not what other people do, but what I’m able to do. I can’t afford to re-injure my knee, or to draw too deeply on my limited energy stores while training. I have to walk at my own pace, not the pace set by the faster walkers on the course.

Thank goodness I’ve found a half-marathon training program that allows for two days off a week, and includes only one long walk a week (like my 14 kilometre walk), with shorter walks at faster speeds or a session of repeated hill climbs during the rest of the week. Suddenly things seem much more manageable – I can fit most of my daily walks into an hour or two, and I can recharge on the days off. This also allows me to manage bad days – I can just shift my days off. I can also use the extra time for writing.

I’m proud of myself for sticking with the training so far, and am starting to see some benefits like reduced resting heart rate and some weight loss. The half-marathon itself will be tough, but it’s almost tougher to make sure I get out at least five times a week to train. I enjoy my training sessions, though. Walking gives me a way of thinking through life issues, plus writing and book ideas. It’s also a way to zone out and let my feet do the work. As Antonia Malchik explains in her book, A Walking Life, walking helps re-centre ourselves in our body and in society, heal hurts and organize thoughts, and remember the past and aim for the future. That’s exactly what I need to help me balance both my mental and physical health, and is similar to advice I’ve read from other prolific walkers.

I’ll never get rid of my illness, but I can do my best to take charge of it and work within its physical and mental limitations, and to focus on the positives as much as possible. As Anne Giardini writes, “The days cannot be stretched, but they can be shaped.” I can shape my days around my walking goals, with the understanding that they may need to be modified at times, depending on how I’m feeling. I can walk that Lake-to-Lake Half-Marathon. Crossing the finish line after having committed to all that training will be the best gift I could give myself. 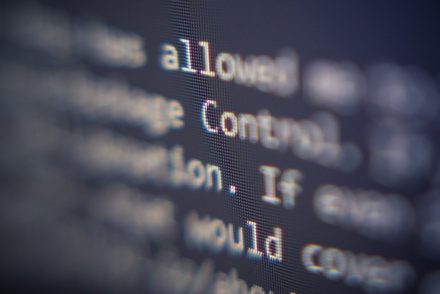 Five Things I Remember About Being Raped 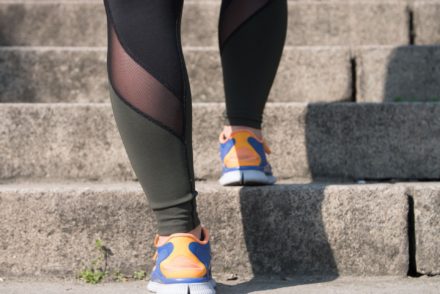 Me and My Body – A Tumultuous Love Affair 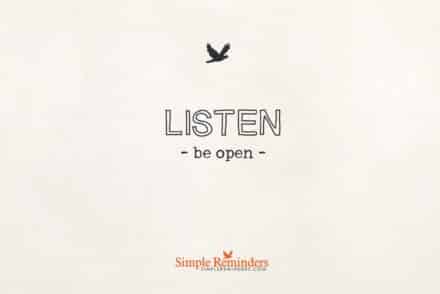 I Made Peace With My Body And Found My Soul