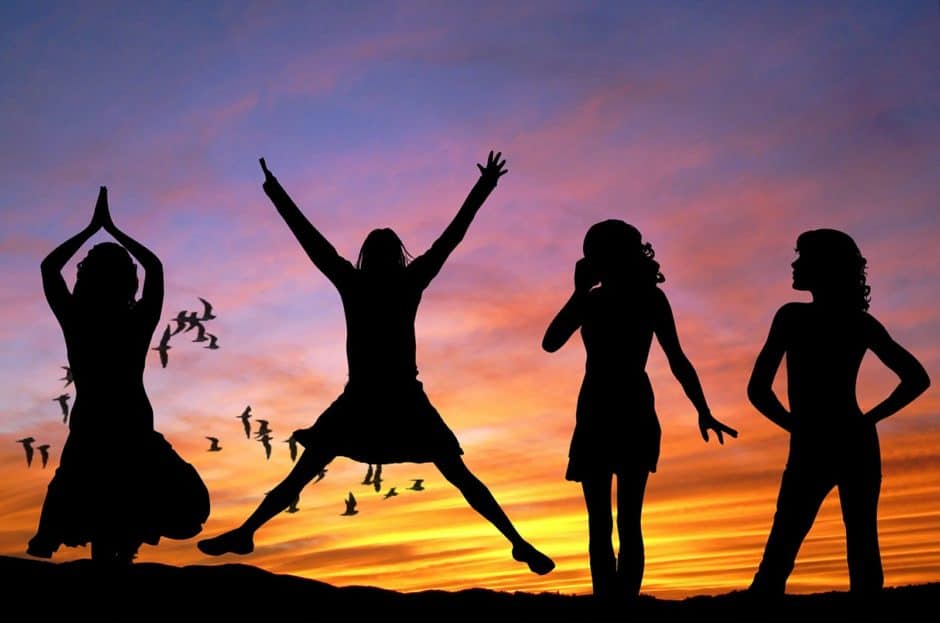 It’s fall of 1982. The grass hasn’t started to crunch yet, but you can feel that Cheyenne Winter is sitting on his suitcase full of snow in a vain attempt to secure the latches. His flight is booked. His car is waiting to take him to the airport. I’m wearing ginormous brown glasses with a butterfly decal in the corner, but I can’t see anything because I’m crying tears that won’t stop. There’s a moving van, semi more-like, out front, and I’m in my bedroom that’s been stripped of all its Holly Hobbie decor. The cheery yellow walls look like rancid butter. My best friend Monica is there with me. She’s crying too. Our parents think we’re being melodramatic. They think we’ll forget each other. Make new friends. Get over it.

I don’t. Not really. Not for a long time. END_OF_DOCUMENT_TOKEN_TO_BE_REPLACED 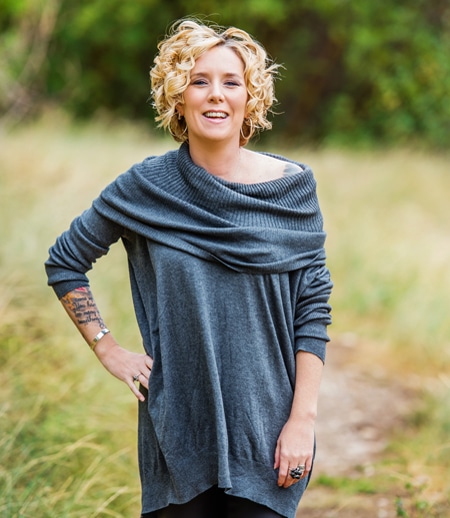 haven’t been able to bend my left pointer finger for the last six months. It moves far enough to form the shape of a claw. No farther. It’s as if I’m perpetually pointing at everything in my path. Look there. Go there. Over there. Right there. It’s pink and resembles a crooked sausage. The corrosion is crawling into my palm.

types seventy words per minute, opens mason jars, and lifts mozzarella-laden lasagna out of the oven. She can scrub her hair and push down the pump of her favorite perfume. Her hands are beautiful and slim and her fingers rest together, straight and aligned. Perfect.

follow behind my boyfriend when we take our walks. I’m ten feet back. Limping. My right foot will no longer take my full weight. I just have to manage Chloé because I only have the one fully-functional hand. I watch him run through the grass with So-Kr8z and Sancho to get their pent-up energy out. My pent-up energy rests inside me like a ball of unrisen dough.

runs alongside them. She’s still really fast. In tenth grade her P.E. teacher singled her out for the track team. Asked her to join. This same teacher watches her now from the sidewalk as she runs through the grass with the pups trailing along behind her. The teacher nods, approving of her speed.

want to connect with my guy later that night. I’m on top and I ask him to hold on to my forearms so I don’t have to use my hand. I’m a lover in traction.

is an acrobat. She digs her fingers into his chest. She only feels pleasure.

try to remember the jump rope rhymes. What were they? My niece, Adri, and my boyfriend twirl the rope so I can show her how to jump in while its moving. I count one… sway forward and back… two… forward and back… GO. My bum foot hits the ground and crumbles underneath me, the rope burns as it stops against my calf.

decide hopscotch will be easier. I grab blue glitter sidewalk chalk and draw the outline, I make the boxes and write out the numbers. I find the perfect round rock and toss. It lands on six. “Watch me, Adri.” I make it to four. I stop. I try to show her with my words and direct her little body down the board.

travel to Pennsylvania for my week-long master’s residency. I stay at a beautiful bed and breakfast where Sister Renata greets me with one of the best hugs I’ve ever received in my life and says, “Welcome home.” After a full day of classes and thesis readings, I sprawl on the floral bedspread at 7:00 pm, exhausted. I fall asleep as soon as possible, so I can keep going the next day. I haven’t drank since my thyroid was removed in 2011 except for three solitary sips of wine and a single taste of limoncello. END_OF_DOCUMENT_TOKEN_TO_BE_REPLACED

I’ve been thinking about time a lot lately. Specifically:

Where has it all gone?

How can I get more of it?

Why’s it moving so damn fast?

Is it really possible to bend it? (Keep reading.)

Last week I had a short coaching session with one of Martha Beck’s Master Coaches – the slathered in Awesome Sauce, Jen Trulson. I won’t get into the boring details of the whining which led up to my takeaway, but essentially I have a deeply ingrained thinking error that says, “There’s not enough time.”

… for me to take in sustenance.

… for me to pant on the treadmill for a measly 10 minutes.

… for me to shave my legs (and most definitely not for the subsequent braiding of the leg hair from lack of said shaving.)

… for me to take time off (ponder that one, folks.)

But the thing is, I know, at the deepest level of my core, that time is a man-made construct. Who’s the asshat who came up with Leap Year, people? I have long believed somewhere inside of me that time is an illusion. Maybe part of a 42nd dimension that we just can’t comprehend yet. I started to get an inkling of the proof of this (from what my tiny brain could understand) when I first read Einstein’s Theory of Relativity – essentially that “the laws of physics are the same for all non-accelerating observers, and that the speed of light in a vacuum was independent of the motion of all observers.”

At first, I thought the trouble boiled down to my vacuum which is like 12 years old, the belt constantly smells like burning rubber regardless of how often I change it, and the rotors are so mired down by hair and bundles of dust that it doesn’t pick up. Jack. Shit.

My brain was really stretched thin, however, when I read what it now my favorite explanation of “time” from The Complete Conversations with God:

A true understanding of time allows you to live much more peacefully within your reality of relativity, where time is experienced as movement, a flow, rather than a constant.  It is you who are moving, not time. Time has no movement. There is only One Moment… Your science has already proven this mathematically. Formulas have been written showing that if you get into a spaceship and fly far enough fast enough, you could swing back around toward Earth and watch yourself take off. This demonstrates that Time is not a movement but a field through which you move…

I’ve often had moments wherein I’ve thought those Buddhist people were smart as hell. But what really lit my brain fire was when I started thinking about this Buddhist way of living as opposed to our American way of living (my way of living) – multitasking. For the longest time I thought I was an adept multi-tasker. But the more I tried to do it, the more I realized that multitasking is just one more big, fat illusion. Wethink we’re multitasking when, in reality, we’re dissipating our energy so that one task does not receive our full attention which causes us to feel scattered (and a bit crazy, really) and the task itself is done sort of half-assed. But, the real zinger, came when I realized that by focusing my attention, fully, to the onetask at hand actually expanded time for me.

Here’s how it works for me. If, in the morning, I wake up and immediately repeat this mantra a few times, “I have plenty of time” and “I have all the time I need,” and then go about my task of answering my four gazillion emails in a focused way, doing only that task, time does seem to pass more slowly. In fact, if I just focus on my email (without moving on to a website I need to make changes to, or a call that needs to be made) I can look at the clock feeling like it should be way later than it is for the amount of work I’ve gotten done. Read: Holy crap, it’s only 10:45 a.m.?

Alternatively, if I wake up in the morning and think of my gatrillion emails, the website I need to build, the calls I need to make, the fact that I need to register my car, the payroll I need to cut, blah, blah, blah and I go about my day weaving in and out of all of these tasks, moving from one to another without ever really completing any one thing, I look at the clock and it’s 4:30 p.m. and I’ve accomplished notta. Nothing. Zip. Read: Holy crap, it’s 4:30 p.m. and I’m a totally worthless pile of dingo dung.

This is physics, people, I don’t fully understand it. My brain hurts from trying to write this post and actually convey any semblance of rational thoughts.

Just like in any task I take on, putting together my own IKEA bookshelf, for example, there are always a few bolts and baubles left sitting on my floor. Here are the questions I’m left to ponder:

If movement were to stop, would “time” stop altogether? Are clocks only measures of relative motion? Am I bending time when I focus, fully, on the NOW? It sure feels like it.  Think about it: If it’s you moving through time… Are you running? Are you frantic? Are you calm and centered? Are you fully present in that moment or are your thoughts dwelling in a future time while your body is where it is? Maybe it’s our thoughts that do the time traveling and we all know we can’t be in three places at once… Or can we? I dunno, but I’ve definitely felt the magic of tinkering with time and stretching it out and I’ve also felt the effects of letting it run all over me – harried and chaotic.

Before he died, Einstein said “Now Besso [an old friend] has departed from this strange world a little ahead of me. That means nothing. People like us … know that the distinction between past, present and future is only a stubbornly persistent illusion.”

Melanie Bates is a writer, a nomad, and a nondescript heathen. She dons geekdom like other girls shoulder a Fendi. She works with visionaries who are setting the world on fire as a Virtual Assistant to Powerful Women (& a Few Kick-Ass Men.) In the wee dark hours you might find her with her nose in a book, hands on a game controller, or toes in the dirt.

Melanie’s most joyous moments in life, however, come from “applying ass to chair.” She began her writing career at the age of seven when she penned her first brilliant short story about witches with carbuncles. She is currently working on a young adult novel which she plans to finish this century-ish.

She’s moved over thirty times, hence the nomadic nature, but for now resides in the Wild, Wild West with the loves of her life – her boyfriend and So-Kr8z & Sancho the pups. To some this urge to move might seem exciting, however, there have been times when she has ended up in the deepest bowels of our great Mother Earth. For example, she spent a year living in a greasy town in Wyoming where she was blown back and forth across the road and where she ran home from school every day on the lookout for dark vans that kidnapped children. She once peed her pants while frantically searching for her latchkey.