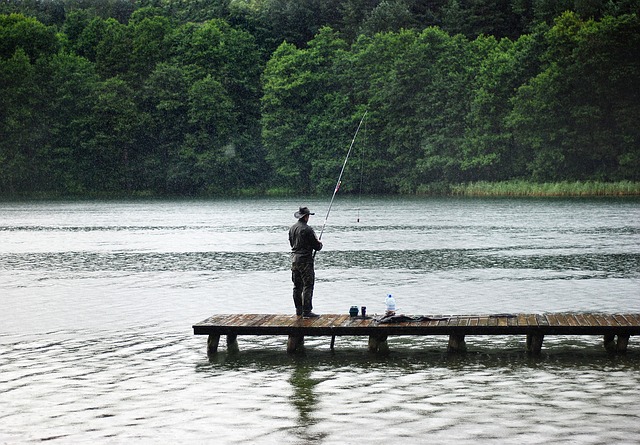 There is an unexpected sense of loneliness in watching the dead body of someone you love being taken away from your home. Alone in the back of a car. Zipped up inside a body bag. Driving away into resounding blackness.

Somehow, in your delirium, through the tears and snot, through the sharp pains in your chest and loved ones touching your shoulders, your hair, somehow you manage to walk down the hallway where your Dad should be sleeping, where he has slept your entire life, and you look inside his bedroom, though you know you shouldn’t. The bed is unmade, sheets jumbled and repositioned in haste. There is a stain on the bed and you can’t tell if it’s blood, or urine, or vomit. Otherwise, the room is the same as it was two hours earlier when he was still alive. When his lungs still worked. His heart, his brain, however limited. Before he went from present tense to past tense. Animate to inanimate. Living to dead. END_OF_DOCUMENT_TOKEN_TO_BE_REPLACED

5 Lessons from My Father’s Death

When my stepfather Paul was twenty-two years old, he was shot in the face with a 12 gauge shotgun by his friend who was trying to kill him. He survived, but his injuries left him completely blind. After being shot, Paul got into AA and started to turn his life around. Over the next twenty-five years, he sponsored many people who struggled with addiction and gave talks at local community centers and jails in an effort to help people improve their lives.

Later in his life, Paul started to suffer from chronic pain in his feet, due to nerve damage caused by a vitamin B12 deficiency. His doctor prescribed Oxycontin—a powerful and highly addictive painkiller. Paul quickly became addicted to the medication, and over the next two years, he slowly wasted away before my eyes. He rarely got out of bed, seldom ate, and even stopped joining my family on Christmas morning.

Eventually, my mom left him. She refused to enable his destructive and addictive behavior.

Two months later, on October 25, 2007, Paul let out his final breath. He died alone on his bedroom floor. He was only fifty-five years old. And he was the only father I’d ever known.

I work with these lessons every day, and I hope you will, too.

Growing up with someone who couldn’t see helped me appreciate the things we often take for granted, like our senses. Paul often had to ask me if his socks matched. He couldn’t pull a can out of the cupboard and know what it was. He couldn’t drive a car. He couldn’t take in a sunset. He once brushed his teeth with A535 (a cream for arthritis/joint pain) and ate a spoonful of dry cat food because he thought it was cereal. (We laughed about this at the time, but I think I’ve made my point!)

He never knew what I looked like. Instead of seeing with his eyes, Paul saw with his heart.

Be thankful for your ability to see. Not everyone is so lucky.

After being shot in the face and blinded, many people would give up. They would turn to a victim mentality, with “why me” playing continuously in their head. And while I’m sure that Paul experienced these thoughts at times, he was a striking example of how the human spirit can rise up and triumph over adversity.

Instead of playing the victim, Paul took his experience as a sign that he needed to turn his life around. He got sober and started inspiring others to do the same. He learned how to play the drums and joined a band. He got into weight lifting and worked out every day.

When tragedy strikes, pay attention to what the universe is trying to teach you.

The Power of Forgiveness

One of the main tenets of AA is forgiveness. This meant that Paul needed to forgive the man who shot him. How on earth could you forgive someone who blinded you for life? I’m not quite sure how, but Paul did it.

One day, Paul was at a gas station with a friend who told him that the man who had shot him was at one of the other pumps. Paul asked to be led over to the man. He then hugged him and told him that he forgave him for what he’d done.

Paul taught me that holding onto anger and resentment doesn’t do anyone any good. These emotions eat you up inside and weigh on your shoulders. Forgiveness isn’t about the other person—it’s a gift that you give to yourself.

Who do you need to forgive?

Say What Needs to Be Said

Before Paul died, I had an opportunity to drop by his house to confront him about his addictive behavior. I was scared, so I drove by and reassured myself that I would talk to him the next time I visited my hometown. Instead, I decided to write him a letter, tape myself reading it, and mail him the tape.

My letter didn’t arrive on time. I missed my chance.

From this experience, I learned the importance of telling people what we need to tell them. Don’t shy away from a confrontation because you feel awkward or uncomfortable. You never know when you might lose your opportunity.

No One Is Perfect

Ultimately, Paul taught me that we all have our scars. We carry around personal demons that we struggle with from time to time. And that’s ok. We can’t expect ourselves, or anyone else for that matter, to be perfect.

Paul was a complex man. His heart was the same size as his temper—huge. He was rough, soft, kind, cruel, wise, and naive all at the same time.

I have fond memories of his kind side. The times we went for walks together and skated on ponds. The times he made me soup when I was sick. I’ll always remember how he loved to blare Bruce Springsteen and the tone in his voice when he would say to me, “You can do it, Grasshopper!”

Paul had his faults, and, like all of us, his faults were part of the package. His imperfections made him who he was. If he hadn’t been through what he’d been through, he never would have been able to motivate others to change their lives.

Realize that you are perfect exactly as you are, even with your imperfections.

I hope you take these five lessons and apply them to your life. That way, even though Paul isn’t around anymore, he can continue to inspire others.

As Helen Keller so aptly put it:

“The most beautiful things in the world cannot be seen or even touched, they must be felt with the heart.”

I’d like to leave you with a two-minute YouTube video that I made in honor of Paul. Another remarkable thing that Paul did was create and maintain a garden, complete with beautiful ponds, in our backyard. I remember him pulling weeds at 11:00 p.m. because, for him, it didn’t matter whether it was sunny or dark outside!

You’ll see Paul’s amazing garden in the video below:

Jennifer Pastiloff is a writer based in Los Angeles. She is the founder of The Manifest-Station. Jen will be leading a Retreat in Costa Rica at the end of March and her annual retreat to Tuscany is in July 2014. All retreats are a combo of yoga/writing and for ALL levels. Read this post to understand what a Manifestation retreat is. Check out her site jenniferpastiloff.com for all retreat listings and workshops to attend one in a city near you. Jen and bestselling author Emily Rapp will be leading another writing retreat to Vermont in October. A lot. Next up is a workshop in London, England on Feb 15th. Book here.