Deconstructed: The Adventures of Co-Parenting And Running A Business With My Ex-Husband 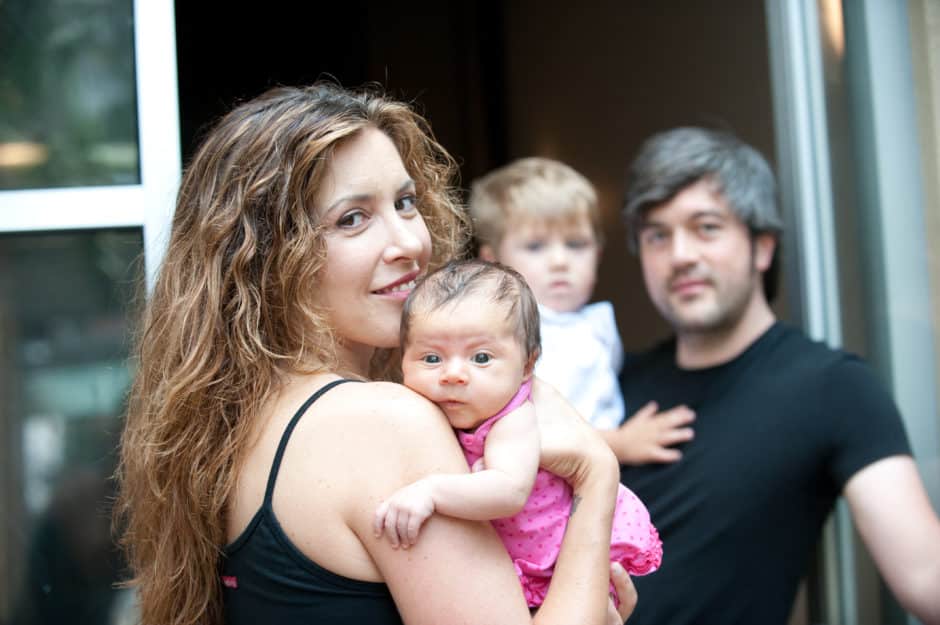 You know the fairy-tale about the princess who marries the prince and has babies, and opens a yoga studio with him and gets divorced and has to figure out how to keep it all going? Yeah, me neither, although I’m living that story now.

When I tell people I’m in business with my ex and we have two young kids, they say something along the lines of, “Wow. How does THAT work?!” Most of the time it works really well. Of course I have my moments when I’m reminded of why we’re divorced, and I might even curse him with every expletive I can think of, but those moments are few and far between. I’m sure he has his moments, too.

The thing is, my life looks nothing like any five-year plan I ever would have devised, and nothing like the picture I had in my head of “how things should be”. Growing up, I went back and forth between my mom’s and my dad’s, three nights here, four nights there, switching that fourth night every other week. If you’ve never lived that way, it’s crazy-making. I was forever forgetting my keys and finding myself locked out, or leaving something essential at one place or the other. The rules were different in each household, as was the energy. When I was at my dad’s I missed my mom. When I was at my mom’s, I worried about my dad. When my step-parents joined the circus, it got even crazier. My mom and stepmom did not like each other, and did not hide that fact from me. My dad said disparaging things about my step-dad. You know who never said a bad word about anyone to me, or within my earshot? My step-dad, and I remember that to this day.

The very last thing I wanted was to end up divorced with small children. I bent over backwards to try to avoid that, because I assumed it would be for them as it had been for me. The truth was, though, the marriage was not working. In Imago therapy, there’s this beautiful idea that a relationship doesn’t happen in me, or in you, it happens in the space between us, and we are each responsible for what we’re putting into that space. When you have children, they grow up in the space between you and your partner. If you fill the space with your rage, frustration, feelings of being trapped, if you fill it with your fear, despair and heartache, that’s what your children are marinating in.

I realized that I might not have control of the way the story unfolded, but that it might be possible to create a beautiful divorce, if we weren’t going to be able to create a beautiful marriage. In yoga practice, we have the kleshas, the five poisons or obstacles that prevent us from being free, and one of them is raga, or attachment, and another is dvesa, or aversion; they’re flip sides of the same coin. The idea is that both attachment and aversion lead to suffering. Of course we’re going to be attached to our loved ones and their happiness and well-being; this is part of the human condition. We’re also going to want to avoid certain losses. The degree to which you cling or try to avoid, is the degree to which you’ll suffer.

We know when we love people, there’s a chance we’ll be hurt. Even if everything goes well, we do not last in these bodies forever; loss is built into this mix. Grief hits us like a tidal wave–when we love with our whole hearts, our entire beings, we risk everything, but who would ever choose not to love? We love in the face of certain loss, and that is called courage. However, this does not mean we have to allow ourselves to be attached to an idea of how things should be. Things are going to be as they are, and so are people, and the more we can allow that, the more we can begin to understand what it means to truly love. Can you only love someone if they want what you want them to want? Say what you want them to say? Feel what you wish they would feel? That has more to do with you, and less with the other person. If you really love someone, you have to want what they want for themselves, even if it breaks your heart, and unless what they want is to self-destruct. Even then, your power is limited.

When I started to apply these ideas to the ending of our marriage, a path emerged. Maybe we could do our divorce with love, respect and cooperation. Maybe we could put the kids first, and come up with a plan that put love in the space between us all, so they could marinate in that. My ex is a wonderful, present, engaged father, and I never forget he is the other most important person in our children’s lives. I know people who don’t have great relationships with their fathers, and it’s a tremendous burden, so I always do everything I can to support and nurture the relationships he has with our kids. Sometimes people send me emails about awful things their exes have done, in an attempt to justify their rage, and suggest to me that I don’t get it, because my ex must not have ever done anything that would enrage me. Of course there have been chapters when I wanted to wring his neck, but even during those, I would never and did never speak about it in front of, or within earshot of our kids, or use our children as pawns. I’ve seen so much of that, and experienced it myself growing up, and it’s brutal. Whatever has transpired or is transpiring between you and the other parent of your child, that’s grown-up stuff. Maybe your ex is not a great partner, but that doesn’t mean s/he is a crappy parent. You do your children a real disservice when you can’t see the line between the two.

Life is crazy, and people are strange; life is also gorgeous, and people can be wonderful. Life is a creative process, and the death of creativity comes when we try to pin things (or people) down. One of the reasons I’m so grateful to my yoga practice is that it’s given me the tools to face life full-on, and head-on, and to accept reality as it is, even when it isn’t as I’d like it to be. It’s given me the power and the vision to trust that the end of one thing is simply the beginning of something else, and to realize that you never know what is around the corner. It’s given me the strength to fight my own demons and forge my own path, so I’m not in some ivory tower waiting to be saved, and so I can show my daughter and my son what that looks like. You can spend your time raising your fists to the sky and crying about the injustice of it all, or you can spend your time digging with your hands for all the beauty within you, so you can offer it up to the people and the world around you. I’ve tried it both ways, and the latter is a lot more fun.

And they all lived happily ever after.

Ally Hamilton is co-founder of Yogis Anonymous with a Santa Monica-based brick-and-mortar studio and an online yoga video site, which streams yoga classes all over the world. She’s written two books, “Open Randomly: Fortune Cookies for the Soul” and, “Yoga’s Healing Power: Looking Inward for Change, Growth and Peace”, and is currently working on book three. She lives in Santa Monica with her two young children, and an insane Labradoodle named Chewbacca. She and her ex are happily divorced co-parents and co-business owners. Find out more at yogisanonymous.com. 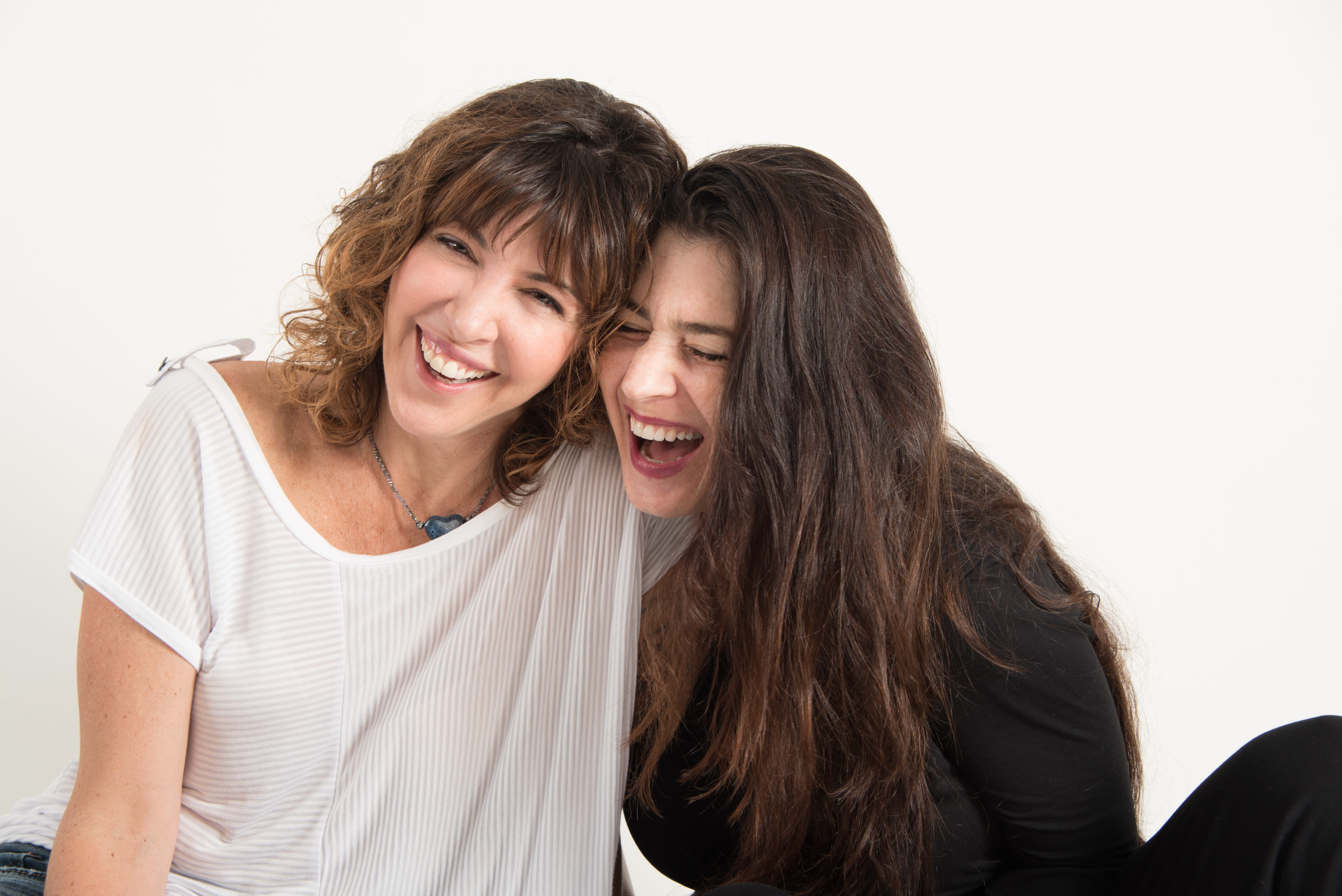 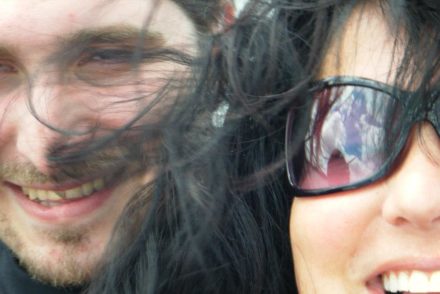 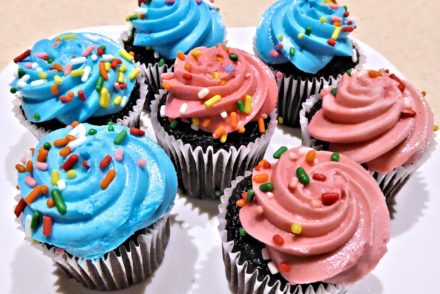 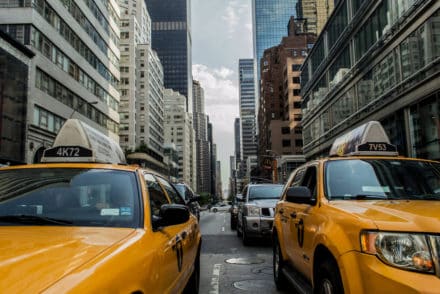 And Then There Were None

The Life of This Grief