From The Quiet Corner

How many times when kids are young do parents essentially shake off their child’s upset? “You fell? You got up! You’re worried? You’re awesome!” We aim to bolster self-esteem; we keen toward reassurance.

The other day, my daughter asked why Trump won. We were walking to her gymnastics practice. “You know, our country really doesn’t agree about how to make things better,” I told her. “So, sometimes the great person wins and sometimes someone wins we don’t agree with. Everyone wants the world to be better,” I assured her.

“I was really looking forward to telling my kids that when I was eight turning nine in 2016, we elected our first girl President,” she said.

“I know, me too,” I replied. “I was looking forward to your kids hearing that. I do think we’re going to get a girl President.”

“Maybe I will be the first girl President!”

“Maybe your kids will see that,” I offered.

“They’ll be on the stage with me and think, ‘This is so awesome!'” she imagined.

That exchange was so much easier than conversations with my older kids—14, 18, and 21—over the past days. No reassurances shift them (or me) from freaked out to happy just like that.

I can’t say, “You’re awesome; you’ve got this.” They are not asking me to make them feel better. I couldn’t if I tried. The sense of overwhelm my kids (all of us who voted for not only another candidate, but another, completely different approach to governance) are experiencing cannot be lulled right now by a platitude or a little encouragement.

So, what can parents do?

We can listen. Like, really listen. After hours—that shocking Tuesday night my eldest came home from college to see the returns come in, then process the despair, and the next day, after lunch together I drove him back to school (close by). I fell asleep mid-conversation at about two in the morning. We’d been together a while longer that Wednesday. We’d been over and over and over all of it. As we neared campus, I tried to put this loss in context (is there really context for this I wondered, but I tried): “You know,” I said, “we’ve lost elections before. Big, terrible ones.”

“I haven’t lost an election before,” he said. “I haven’t experienced this.”

To my daughter, I can simply let political wiles seem normal and expected; the wind blows this way and then that way. “Nothing like this has ever happened,” my 14 year-old pointed out. True, this isn’t like other election. Every other victor had political experience, some idea what the actual job entailed. Almost every other one won the popular vote.

That truth included and set aside, I realized my work is to listen. I have been—am—eager to hear and understand the concerns my kids have and their friends and adults under 35, the ones who voted on the right side of history. It’s not easy to listen. It hurts.

Sure, we (older than 35 years old) adults have lived through so much before. In the eighties, I worked as a reproductive rights activist. I understand that when the Hyde Amendment passed, we lost abortion rights. Sure, they exist on paper and in fewer and fewer states (not one clinic is left in Mike Pence’s home state). But we lost then; the rest has been, in some ways, a time-elapsed chokehold. That’s why when Hillary Clinton spoke so eloquently on behalf of reproductive rights during the third debate it felt like a watershed moment so very long in coming. Except for on Wednesday morning November 9th, that moment no longer counted.

For my kids, Hillary Clinton’s eloquent words seemed like ones they felt entitled to hear—and that Wednesday morning packed an unexpected wallop. What’s ahead might feel that much more dreadful because there’s nothing in memory to base it upon. I’m trying to remember that feeling of abject fear. I experienced it as a high school senior when Reagan won. The world looked instantly bleaker, as if a menacing filter had been imposed upon the very same places I knew and loved and the ones I feared, too. I was scared when I walked from the parking lot to the high school campus. The cement seemed harder and the sidewalk more cracked. The air in November held the kind of cold that isn’t winter but doesn’t leave your bones so you remain chilled. I remained chilled.

I am trying to hear their concerns with that chill along my spine again, the chattering teeth that 17 year-old high school senior could not quiet. As a middle-aged white woman, I feel heavy heartbreak. Fortunately, I can feel those feelings and remain aware my work is neither to be that frightened young person nor this defeated one; it’s to become a steady listener so younger people (all of us, really) can feel this and understand this and find our next steps.

In addition to having essays on The Manifest-Station Sarah’s work has appeared on NYT Motherlode, Washington Post on Parenting, Full Grown People, Salon and many others. She tweets at @standshadows. 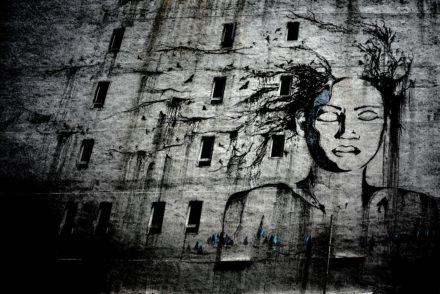 The Thing About Being Raped 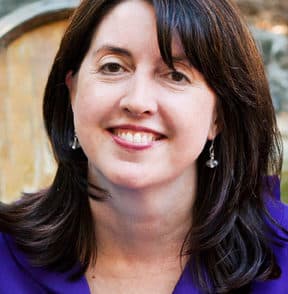 Lessons From Elves. Guest Post By The Flying Yogini.

A Wave of Light